Over the years, a variety of economic impact studies have been conducted by academics and government agencies to assess the Program’s impact on the U.S. economy. The EB-5 Economic Impact Interactive Map (below) demonstrates the robust economic impact generated by EB-5 investments: 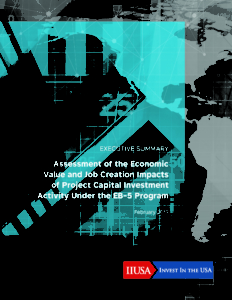 The study, prepared by Economic & Policy Resources, Inc. (EPR), showed that businesses across all U.S. sectors benefited as a result of the regional center program’s capital investment activities, ranging from construction and engineering, manufacturers and utilities, to healthcare and educational services. 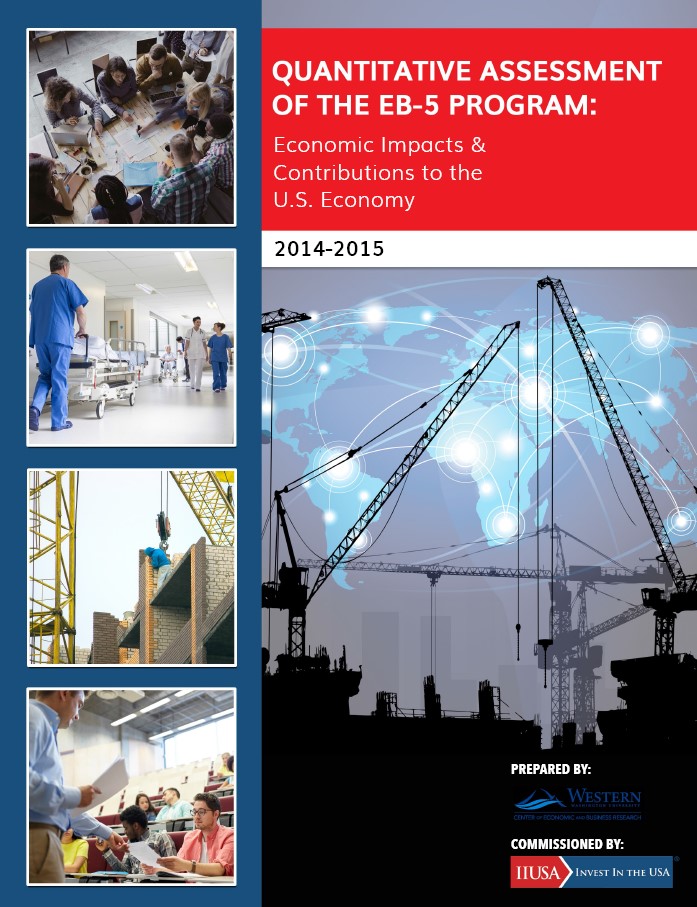 QUANTITATIVE ASSESSMENT OF THE EB-5 PROGRAM: ECONOMIC IMPACTS AND CONTRIBUTIONS TO THE U.S. ECONOMY 2014-2015

According to Western Washington University Center for Economic Business Research, the EB-5 Regional Center Program (the “Program”) generated $11.2 billion in capital investment in FY2014 and FY2015, accounting for 2% of the total foreign direct investment (FDI) net inflows to U.S. In addition, investment and spending associated with the Program supported 207,000 American jobs in FY2014 and FY2015, accounting for 4% of total job growth across all private sectors in U.S. over that two-year period. 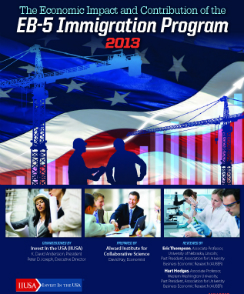 ECONOMIC IMPACT AND CONTRIBUTION OF THE EB-5 IMMIGRATION PROGRAM 2013

In fiscal year (FY) 2013, the EB-5 Regional Center Program (“the Program”) contributed $2.0 billion in foreign direct investment (FDI) to various projects throughout the U.S. that promote regional economic development. In addition, the Program contributed $3.58 billion to U.S. GDP and supported over 41,000 jobs at no cost to the public purse. 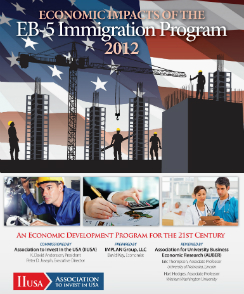 During 2012, spending by EB-5 investors also contributed $447 million to federal tax revenues and $265 million to state and local tax revenues. This is more than a 2-fold increase from the average annual impact result reported in 2011. 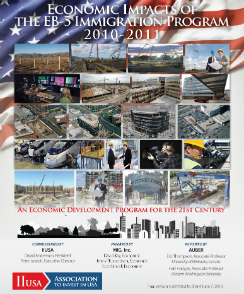 This is the first peer-reviewed economic impact report commissioned by IIUSA based on comprehensive government data including I-526 and I-829 approval and denial statistics for each Regional Center in the country and subsequent analysis of I-924A filings. The analysis articulates that spending associated with EB-5 investors contributed $2.65 billion to U.S. GDP and supported over 33,000 U.S. jobs during 2010-2011

EB-5 Economic Impact in the News

03.14.19
Washington, D.C. – The EB-5 Investment Coalition (EB-5IC), in cooperation with Invest in the USA (IIUSA), today released a new study on the economic impact of the EB-5 Regional Center Program ...
Read More

For questions on the EB-5 data and research, please contact IIUSA at research@iiusa.org.

Copyright © 2022. Invest in the USA. All Rights Reserved.
0
0
Your Cart
Your cart is emptyReturn to Shop
Continue Shopping