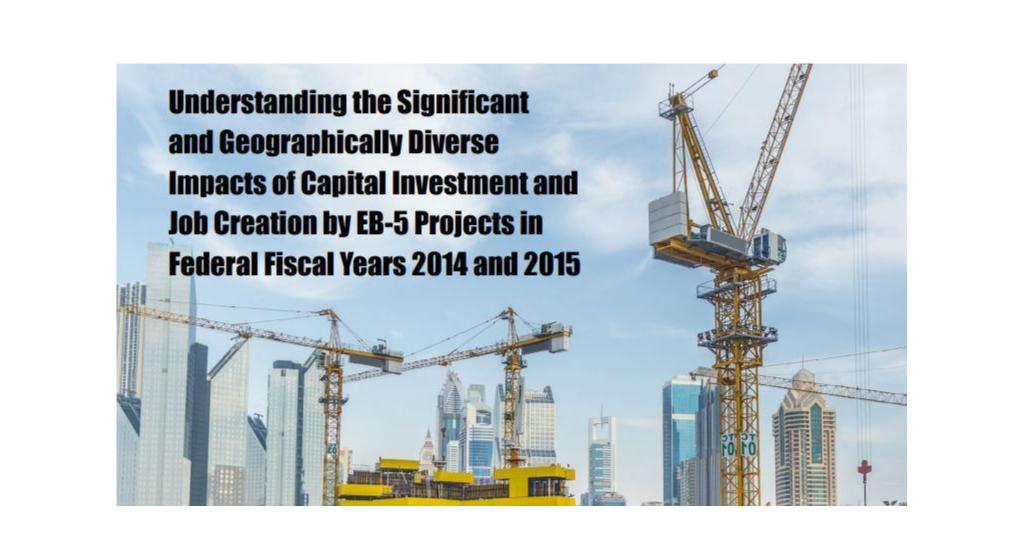 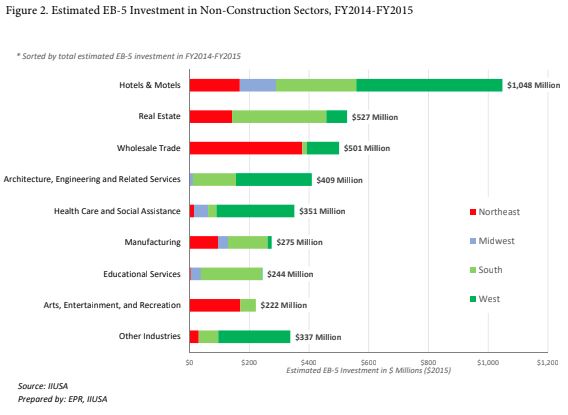 The U.S. Congress created the EB-5 Regional Center Program in 1992 with the goal of encouraging new U.S. economic growth and job creation through increased capital investment leveraged by immigrant investors.  Recently, the EB-5 Regional Center Program has been contending with a period of program instability, including a series of temporary, short-term re-authorizations, and inadequate visa numbers. This is in stark contrast to a long period dating back to 1992 when the program enjoyed a period of relative stability including multiple three-year Congressional authorizations/re-authorizations and a sufficient number of visas.

Over the years, various EB-5 stakeholders groups, including Invest in the USA (IIUSA) and at least two federal government agencies, have published estimates of the economic benefits or value (including job creation impacts) of the EB-5 Program’s economic contributions to the U.S. economy.  These past analyses used a variety of direct and indirect methods to estimate the economic contribution/impacts of the economic activities under the Regional Center program.  While all of these studies made significant contributions in helping to describe the Regional Center program’s value to the U.S. economy in general, each had limitations of one kind or another in the way they were completed.

The limitations of past studies almost always resulted in a significant under-counting of project-induced job creation or the under-valuing of the Regional Center program’s true contributions to output and income of the U.S. economy.  This study was conducted by Economic & Policy Resources (“EPR”), Inc. at the request of the EB-5 Investment Coalition and with the support of IIUSA, to address those limitations.  Previous economic impact or contribution studies focused on developing impact estimates on the national level, without accounting for the dynamic economic connections between the state in which an EB-5 project is located and other states. Since the U.S. economic impacts-contributions of EB-5 projects within a state do not stop at the state border because labor markets and supply chains are more geographically diverse and robust than that, EPR worked with IIUSA and the technical staff at REDYN to develop an approach to estimate the national economic impact-contribution estimate of project capital investment activity under the EB-5 Program using the four sub-national regions as delineated by the U.S. Bureau of the Census.  The estimates as developed in this study are therefore more comprehensive and geographically robust to properly capture the robust supply-chains and labor markets that have historically served Regional Center projects.  In this way, this study addressed the under-counting biases in past studies with the objective of presenting a more accurate picture of the economic value of the Regional Center program’s most important capital investment activity component.