Congress created the EB-5 Program (the “Program”) in 1990 to benefit the U.S. economy by attracting investments from qualified foreign investors. Under the Program, each investor is required to demonstrate that at least ten new jobs were created or saved as a result of the EB-5 investment, which must be a minimum of $1.8 million, or $900,000 if the funds are invested in certain high-unemployment or rural areas.

In 1992, Congress enhanced the economic impact of the EB-5 program by permitting the designation of Regional Centers to pool EB-5 capital from multiple foreign investors for investment in economic development projects approved by U.S. Citizenship and Immigration Services (USCIS) within a defined geographic region. This measure has been a tremendous success. Today, 95% of all EB-5 capital is raised and invested by Regional Centers.

Since the 2008 financial crisis, access to capital has been constricted and municipal budgets continue to face significant shortfalls. In many regions, EB-5 investments have filled the funding gap, providing a new, vital source of capital for local economic development projects that revitalize communities, create and support jobs, infrastructure, and services.

The EB-5 Program has attracted tens of billions in capital investment across the globe to support American businesses, creating hundreds of thousands of job opportunities for U.S. workers.

Additionally, the Congressional Budget Office (CBO) scored the program as revenue neutral, with administrative costs paid for by applicant fees.

More than 25 countries, including Australia and the United Kingdom, use similar programs to attract foreign investments. The American program is more stringent than many others, requiring substantial risk for investors in terms of both their financial investment and immigration status.

Investments made through the U.S. EB-5 program must be “at risk” in the same way that investments in stocks or equity funds carry an inherent risk. There is no guaranteed financial return.

If their application is approved by USCIS, EB-5 investors receive a conditional visa that is valid for two years. In order to receive a permanent visa, these investors must demonstrate that the legally required economic benefits flowing from their investments have been achieved.

Annually, the EB-5 Program accounts for less than 1% of the visas issued by the United States. Throughout the process, EB-5 investors are subject to the same background checks and national security screenings as applicants in any other visa category, and their ability to eventually apply for citizenship is subject to the same criteria as other visa holders. In every case, EB-5 investors must be able to demonstrate a lawful source and path of the funds to be invested, adding a layer of security that is not required by any other category of visa petitioners. Like any other investment vehicle, EB-5 investment funds are subject to U.S. securities and rigorous anti-fraud laws and regulations.

For more information about the EB-5 immigration process, please view our document below.

EB-5: An Engine for Economic Development

The EB-5 Regional Center Program (the “Program”) is a modern economic development tool that uses globalization to solve the need for flexible and affordable financing for regional economic development projects throughout the country. The Program has produced a dramatic increase in much-needed foreign direct investment (showed on the chart below) in the U.S. and has experienced exponential growth since 2008.

FACT: This Code of Conduct (our “Code”) is our commitment to conduct EB-5 business with high ethical standards. Our commitment goes beyond technical Code interpretation. Where unspecific, our Code’s virtuous spirit prevails. IIUSA members and everyone working on IIUSA’s behalf, including its board of directors, officers, committee members, and employees are bound by our Code. When working with non-members, you should provide our Code and ask that they abide. Our Code is no substitute for sound judgment. When in doubt, ask: (1) Is this consistent with our Code? (2) Would I take responsibility? (3) Is this good for our EB-5 community? Be integrity’s voice. Hold each other accountable.

MYTH: EB-5 immigrant investors get a “fast track” to citizenship

FACT: Every visa category has its own “waiting line” and a set number of visas available in any given year. For EB-5, there are 10,000 visas available annually. Until 2014, EB-5 did not reach its annual 10,000 visa limit, therefore any petitioner who had an I-526 approved would have a visa available to them and their family. Since 2014 when Mainland China-born petitions reached retrogression because they hit their 7.1% per country cap for visas. As a result, Chinese applicants are now experiencing a wait of eight to ten years to obtain their EB-5 visa. Petitioners from any other country do not have this wait, but still must go through the involved process of applying, awaiting adjudication and consular processing.

MYTH: EB-5 is a way for criminals and terrorists to circumvent authorities and get into the United States.

FACT: EB-5 applicants are subject to the same checks and requirements as any other immigrant seeking to live in the U.S. In fact, there is an additional level of screening for EB-5 applicants as they need to prove a legal path of funds for their EB-5 investment. For more information, read our helpful “Understanding the Immigration Process” document.

MYTH: EB-5 is plagued with fraud.

FACT: While there have been cases of fraud and abuse in the Program that have surfaced, EB-5 is a largely successful program that creates jobs, brings investment to communities and improves their economies, all at zero cost to the taxpayer. Through the application of EB-5 investments, there are countless success stories unfolding in all corners of the country and in all types of industry sectors: healthcare, education, alternative energy, senior housing, and transportation, to name a few. IIUSA continues to support measures to improve Program integrity and enhance oversight to ensure EB-5 remains a viable and sustainable capital investment program for the long term. 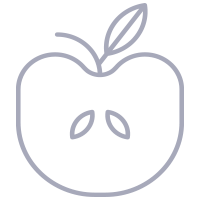 LEARN ABOUT THE EB-5 PROGRAM

LOGIN TO TAKE YOUR COURSES

KNOW THE FACTS
Interested in exploring more information about the EB-5 program, its practices, and policies? Please visit the EB-5 Factsheet.

STATISTICS & DATA
Interested in understanding the trends and success of the EB-5 industry? Explore the EB-5 data dashboard and read IIUSA’s data reports to stay up-to-date on the latest trends in the EB-5 industry.

EB-5 FAQs
For answers to the most common questions we are asked regarding IIUSA/EB-5 practices and collaboration opportunities, please visit our Frequently Asked Questions page.