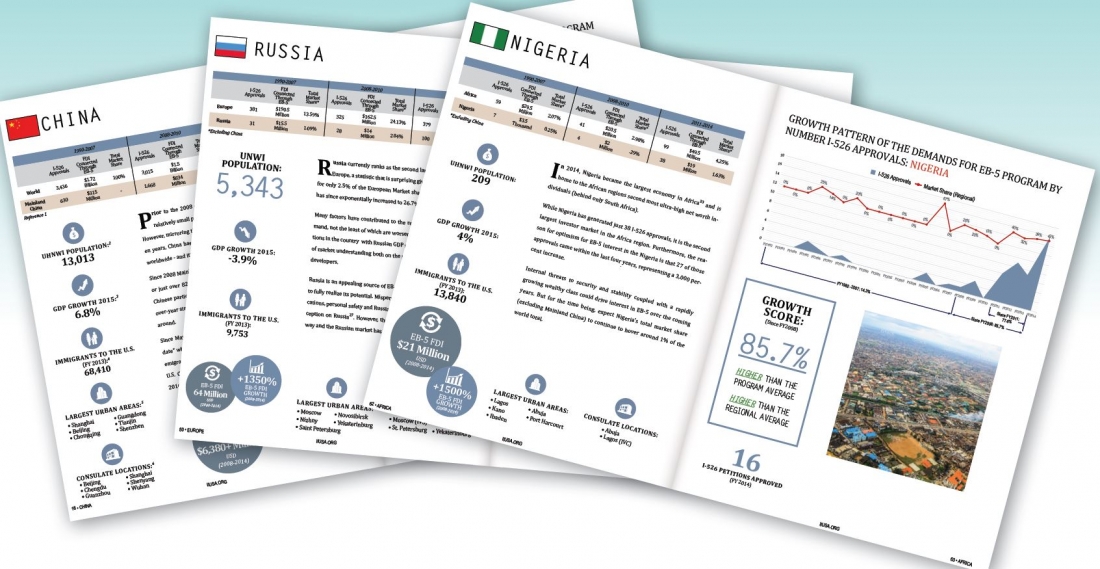 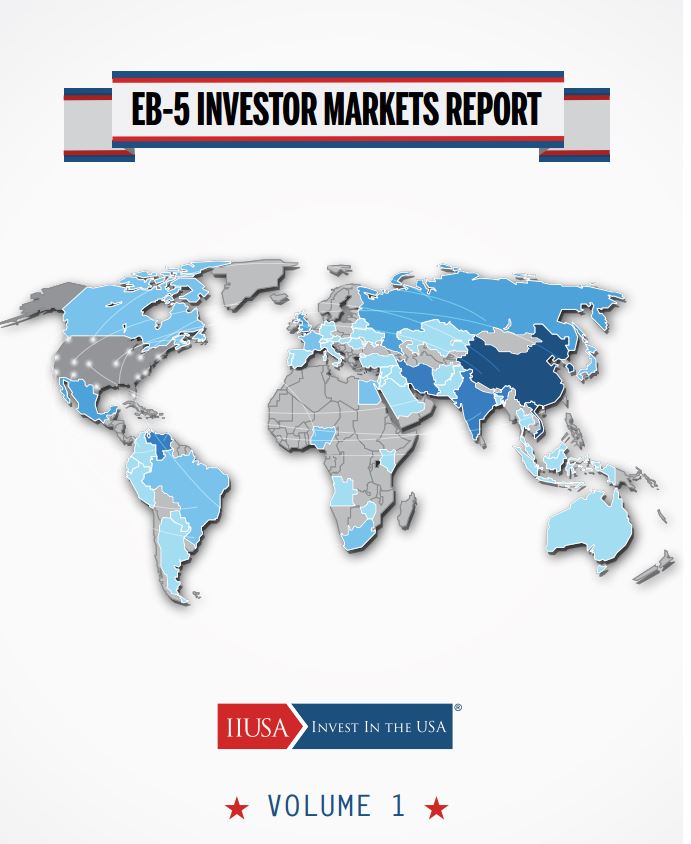 The Investor Market Report, IIUSA’s newest annual publication available to members, is a review of the EB-5 industry industry’s fastest growing investor markets. Using Freedom of Information Act (FOIA) data on I-526 petition approvals by investor origin for the years FY1992 through FY2014, IIUSA details for the first time the remarkable growth of the EB-5 Program over the past two decades and which countries and regions investors are coming from.

As any keen EB-5 industry observer knows, interest in the Program has skyrocketed with some 77.06% of all I-526 approvals taking place between 2008 and 2014. To compare and contrast the growth rates of countries and regions, we used 77% as a “benchmark” figure from which we were able identify salient trends. For instance, Vietnam has a growth score of 95.7%, indicating that 95% of all I-526 approvals for Vietnam have occurred since FY2008, certainly an indication that there is a growth potential in this EB-5 market.

Naturally, the Investor Market Report puts Mainland China front and center, since investors from the Middle Kingdom have accounted for 78% of all I-526 approvals between 2008 and 2014, including over 83% between 2011 and 2014. With such a dominant market position, the Report at times excludes Mainland China in comparative analyses so that a microscope can be placed upon markets and regions that are nascent and could emerge as a greater portion of the pie in the years to come.

There is good reason to believe that markets such as Vietnam, Russia, India and others will continue to chip away at Mainland China’s market share, as the reality of a multi-year wait for visa numbers for Chinese applicants begins to set. For EB-5 project sponsors reliant upon the China market, it has becomes a priority to analyze the feasibility of raising a greater portion of capital from other investor markets.

The report not only emphasizes individual market trends but also compares across entire regions. For example, the Asia-Pacific region, excluding Mainland-China, accounted for over 66% of the market share prior to FY2008 but has since declined to a 39% market share from FY2011 through FY2014 while the North American market region buoyed by strong market growth in Mexico and Canada as well as the emergence of markets in Honduras, Jamaica, the Dominican Republic and El Salvador is the only region to grow at a rate greater than that of the program average.

The first edition of the Investor Market Report is just the beginning of IIUSA’s efforts deliver a statistically-driven study of the factors influencing EB-5 investment. By presenting both macro- and micro-statistical analyses of worldwide, regional and country specific investor trends, EB-5 stakeholders will be armed with the information to make better decision in the marketplace on where they should spend their time and resources.