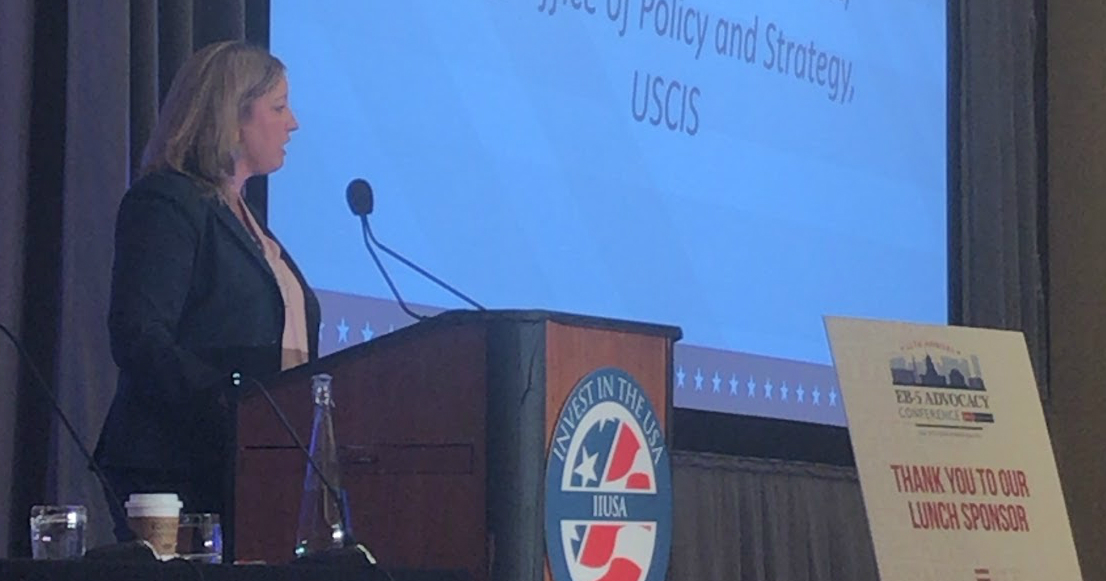 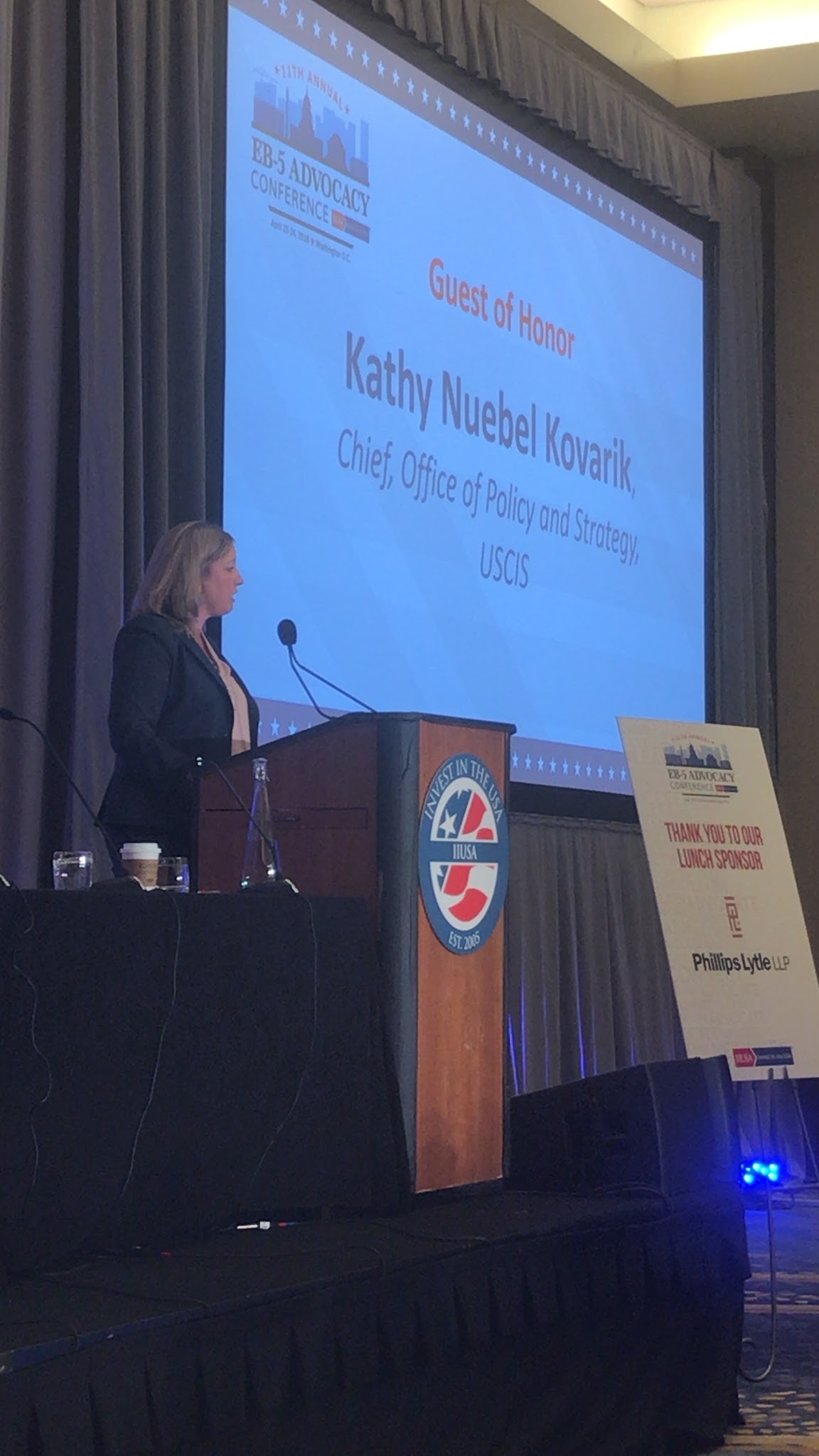 For the first time in front of the EB-5 industry, Kathy Nuebel Kovarik, Chief of the USCIS Office of Policy and Strategy, delivered a keynote address to kick off IIUSA’s 11th Annual EB-5 Advocacy Conference in Washington, DC. Ms. Kovarik shed light on the agency’s plan to move forward with regulations and what that would entail. In the remarks many concepts were reinforced while others left room for hope in the path forward on regulations.

Ms. Kovarik reinforced her department’s position that they will try to get EB-5 regulatory reform done this year, as indicated on the Unified Regulatory Agenda. Items of the regulation that she spoke about were the targeted employment area (TEA) designation and increases in investment amounts.

She noted the shift of TEA designation authority away from states and to the hands of USCIS, using the methodology of “contiguous and adjacent.” This methodology defines that a TEA may consist of a census tract or contiguous census tracts in which the NCE is principally doing business if the weighted average of unemployment is at least 150% above the national average. IIUSA has launched this interactive mapping tool to help visualize the policy impacts of this new TEA definition methodology.

When speaking to the change in price points for both TEA and non-TEA investments, it is worth noting that she did indicate that these prices would increase, but a precise investment amount was not given.

IIUSA gave substantive feedback during the open comment period on the regulations that were largely in support of the recommended changes, with a glaring exception of the massive increase in investment levels. IIUSA strongly believes that the proposed increase in the minimum investment amount would dramatically decrease the number of immigrant investors in the EB-5 Program, thereby reducing the number of American jobs created by the Program. The organization will continue to seek an amendment of the proposed rule that would reduce the price levels at the Office of Information and Regulatory Affairs (OIRA) within the Office of Management and Budget (OMB) that would retain demand for investment into the United States economy at no cost to the taxpayer.

IIUSA will continue to keep you posted on this issue. Members are welcome to reach out to advocacy@iiusa.org with any questions and comments.