The U.S. Department of State – Bureau of Consular Affairs has published the July 2019 Visa Bulletin. The bulletin revealed unchanged final action dates of October 1, 2014 for Mainland-China applications and October 1, 2016 for Vietnam applicants.

July Visa Bulletin– As readers were advised might happen in item E of the June Visa Bulletin, India and Vietnam will each reach their per-country annual limit during July. This has resulted in the Vietnam date being held, and has required the imposition of a July final action date for India.

For August, both countries will become subject to the same final action date which applies to China-mainland born Employment Fifth preference (E5) applicants, and they will be for the remainder of the fiscal year.

Such action will only be temporary, with the E5 date for each advancing for October, the first month of fiscal year 2020, as follows: 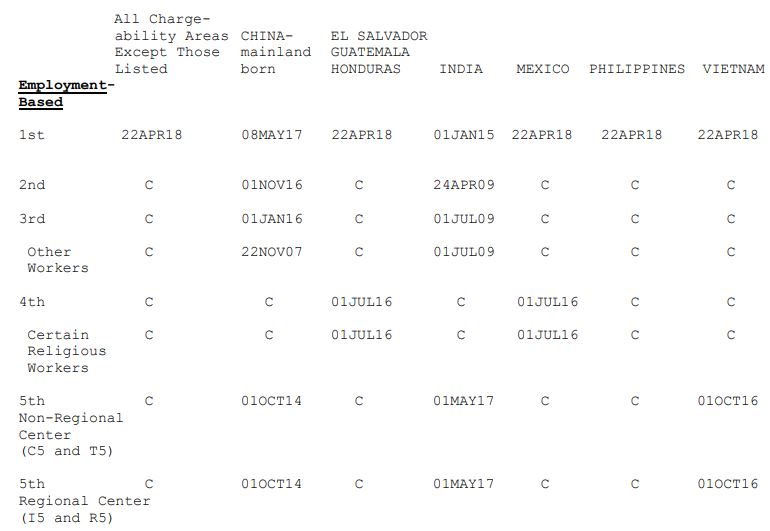