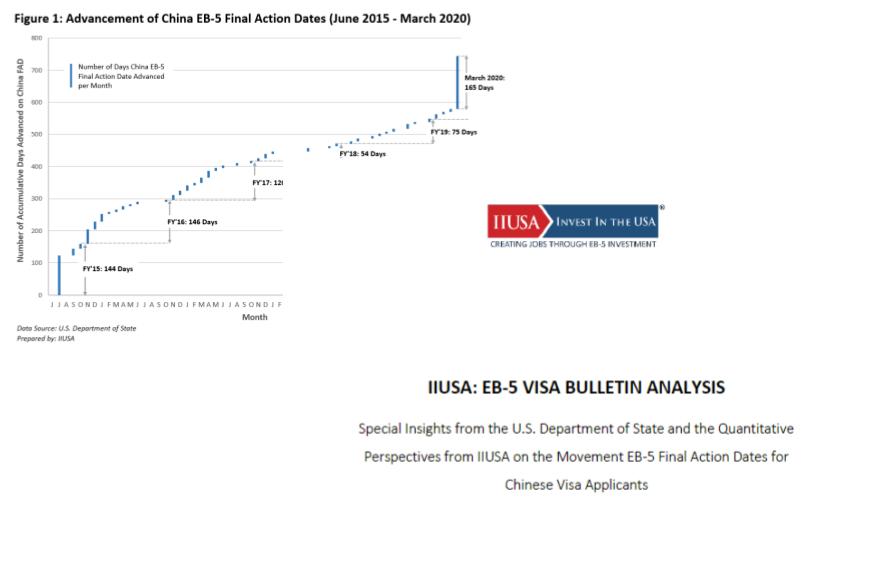 This report analyzed comprehensive datasets from multiple government agencies and included exclusive insights from the Visa Control Office at the U.S. Department of State. We intended to inform EB-5 industry stakeholders of the moving parts behind the significant movement of the China EB-5 final action date (FAD) in March 2020..

Since May 2015 when EB-5 visa applicants from China began to be impacted by visa backlog, the China EB-5 Final Action Date (FAD) has advanced 744 days in the last 6 years. While the movement of the China FAD was very limited between FY2018 and FY2019 (only advancing 129 days during that two-year period), the advancement of the China FAD in FY2020 has been much more promising. In particular, in March 2020, the China FAD advanced 165 days in just one month (see Figure 1). 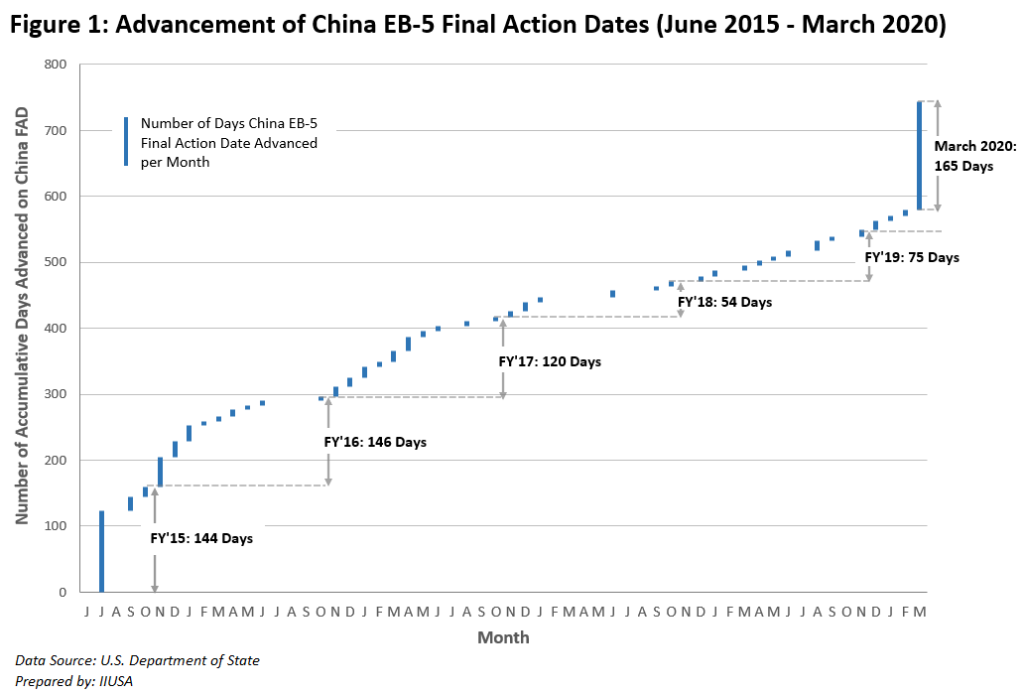 Among others, our key findings include:

Not a member yet? Join IIUSA today here, or purchase the report at non-member rate below: