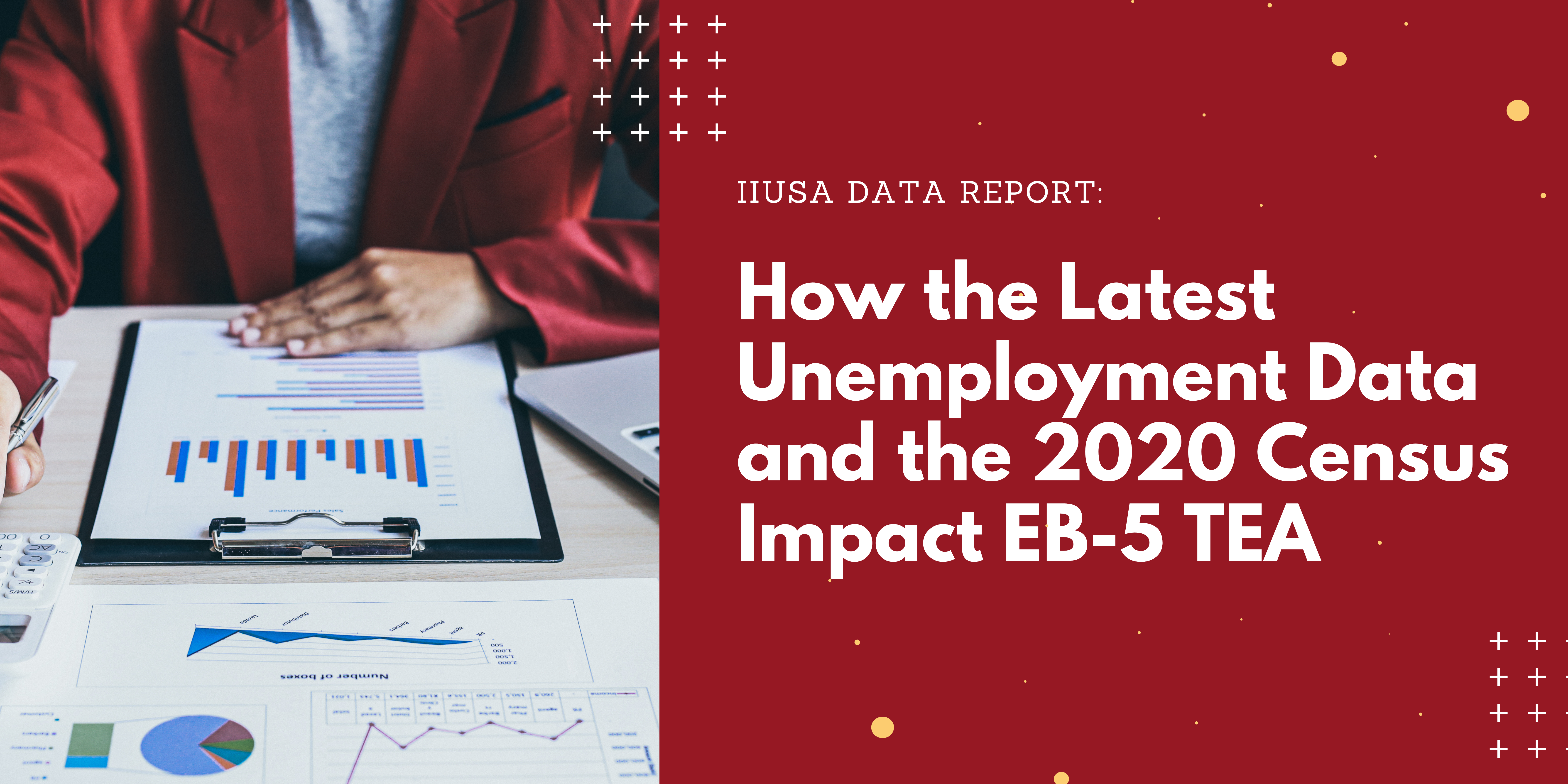 With critical data recently released by the Census Bureau and the Bureau of Labor Statistics, IIUSA published a new data report this week, discussing how the latest unemployment data and the 2020 decennial census impact EB-5 targeted employment areas (TEA). Key data points highlighted in the report include:

In March, the U.S. Census Bureau published new statistics for the American Community Survey (ACS) 2016-2020 five-year estimates, unveiling a new national average unemployment rate of 5.4%. As a result, the new benchmark for a census tract or contiguous census tracts to qualify as a high unemployment area based on ACS now is 8.1%.

In April, the Bureau of Labor statistics also released the latest annual data for the Local Area Unemployment Statistics (LAUS), indicating that the national average unemployment rate for 2021 is 5.3% and defining the new threshold of being qualified as a high unemployment area to be 7.95% under this measure.

These data updates are critical to the EB-5 community because they determine whether an EB-5 project is located in an area that is eligible for a lower required investment amount and benefits from visa set aside in the allocation of EB-5 visa numbers.

In addition to the latest unemployment data, the Census Bureau also recently released the 2020 Census data, marking thousands of changes to census geography across the country. The changes of census tracts’ geographic boundaries have an important impact on the determination of a TEA (including high unemployment areas and rural areas), because an EB-5 project (or an address) may now be located in a different census tract that has a different unemployment rate after the 2020 decennial census.

Furthermore, the 2020 Census also added 215 cities and towns to the list of places with a population of 20,000 or more. As a result, census tracts within these “new” populated cities and towns no longer qualify as a rural area.

IIUSA is pleased to update its EB-5 TEA Mapping Tool with the latest unemployment data from ACS and LAUS as well as the newest geographic boundaries for each census tract across the country. In addition, the mapping tool is also updated based on the definitions of a high unemployment area and a rural has from the EB-5 Reform and Integrity Act of 2022.

Among many features, this updated tool lets you:

[2] Based on the EB-5 Reform and Integrity Act of 2022, the definition of a rural area is any area other than an area within a MSA or within the boundary of any city or town having a population of 20,000 or more based on the most recent decennial census.