IIUSA Data Insights: The Continued Decline in I-526 Processing Volume 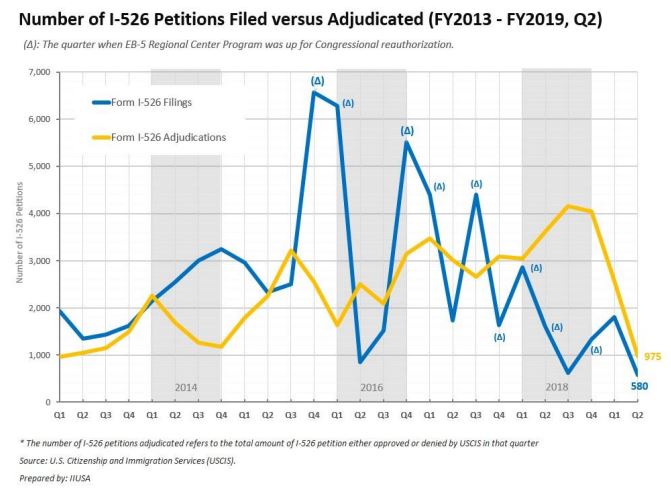 Earlier this week, USCIS published performance data on FY 2019 Q2  (January-March) processing volume. The data presented was not what the EB-5 Industry wanted to see with processing volume dropping 62% in Q2 which follows a 36% drop in Q1.

Key insights from the latest USCIS can be found below.  A report on the I-829 data will be available soon.

Read the Full Report (Members Only)

Based on the number of I-526 filings, the estimated amount of new EB-5 capital investment inflows in the first half of FY2019 was approximately $1.1 billion dollar. 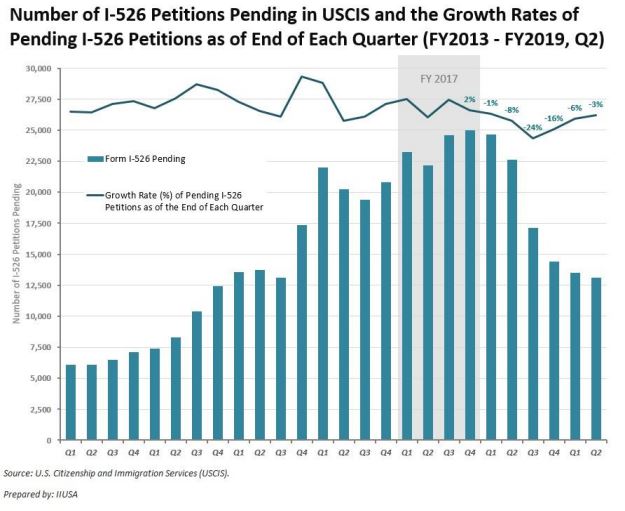