Follow Up on USCIS Stakeholder Teleconference: Updates on I-924 Processing Times on Website & ELIS availability for I-526 Petitions 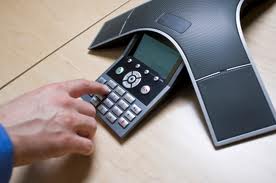 In the February 26 USCIS EB-5 Stakeholder Teleconference, EB-5 Program Chief Nicolas Colucci promised that under his leadership, Agency efficiency, transparency and customer service would see marked improvements.Furthermore, Colucci pledged to update processing times on a monthly basis and to correct the posted processing times on the USCIS.gov website, which were backdated to May 2012. It seems as if USCIS will begin to deliver on these promises. On March 11th, a new update to the USCIS.gov website stated, “Processing times for Form I-924 will be available on or about March 21, 2014, at this link.”

For a full recap of the USCIS stakeholder teleconference, read IIUSA VP Robert C. Divine’s memo EB-5: Just Over the Horizon. If you would like to access the full recording, we have it available here in our I3 Online database.

Also addressed during the February 26th USCIS EB-5 Stakeholder Teleconference was the implementation of the Electronic Immigration System, or ELIS, which will allow for the filing of I-526 petitions online. According to the USCIS webpage, “By creating a USCIS ELIS account, immigrant investors can access electronic copies of the documents pertaining to their investment, attest that the documents are true and accurate copies of their investment documents, and supplement their electronic or paper-based Form I-526 petition with documents stored in the online library.”

In March 2013, USCIS held a stakeholder teleconference to introduce the availability of ELIS for I-526 petitions and heard concerns about multiple investors submitting the same documentation with the Form I-526 petition. A subsequent stakeholder meeting was then held in May to address these concerns and introduce a “document library” which will allow Form I-526 petitions to share documents related to a new commercial enterprise that were previously submitted with an approved I-924 application.

According to Divine, “very few immigration lawyers have the ELIS online system, because it was only available for a very small array of case types in which few layers file volumes of applications.” However, if ELIS online filing provides for faster adjudication of I-526 petitions, we can expect more EB-5 attorneys to try it out.

USCIS alluded to an ELIS tutorial sometime in the near future via webinar.  IIUSA will continue to seek more information and report back our findings.