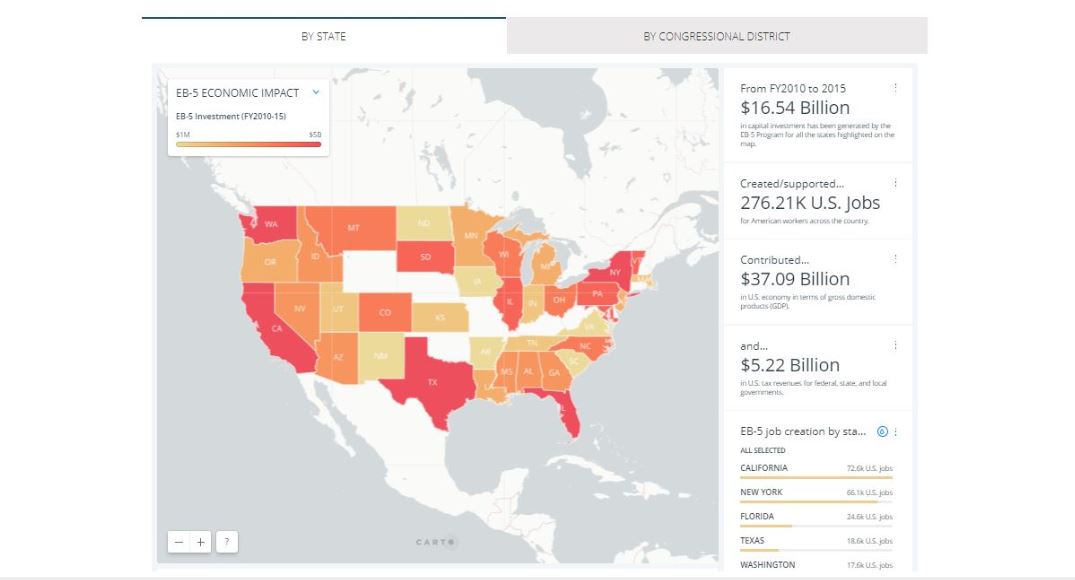 The EB-5 Regional Center Program (the “Program”) was created by Congress in 1992 with the intent of stimulating economic development across U.S. communities through capital investment by foreign entrepreneurs. A variety of economic impact studies have been conducted, both by academics and government agencies, to assess the Program’s impact on the U.S. economy. In 2013, IMPLAN Group found that capital investment through the Program contributed over $2.6 billion to U.S. gross domestic product (GDP) and created or supported 33,000 American jobs during fiscal year (FY) 2010 and FY2011. Furthermore, in January 2017, the U.S. Department of Commerce released its assessment on the investment and job creation impact of the EB-5 Program, concluding the Program accounted for almost 170,000 U.S. job creation between FY2012 and FY2013.

The table below that summarizes the profound impact of the EB-5 Program on the U.S. economy from FY2010 to FY2015: