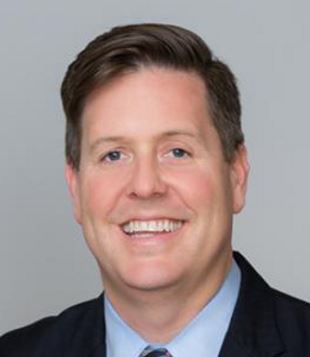 On my recent business trip to Nigeria in mid-August, I had the opportunity to discuss the U.S. EB-5 Immigrant Investor Program with many potential immigrant investors and advisors of high net-worth individuals. Nigeria was a natural destination on my multi-country Africa trip because of the country’s economic prominence on the continent and in the developing world. The country is often referred to as the “Giant of Africa” due to its large population and economy. Nigeria is the most populous country in Africa and the seventh most populous country in the world. As of 2015, Nigeria boasts the world’s 20th largest economy, worth more than $500 billion and $1 trillion in terms of nominal GDP and purchasing power parity. Nigeria is also considered an emerging market by the World Bank, a regional power on the African continent, a middle power in international affairs, and an emerging global power. Further, in Fiscal Year 2015, Nigeria placed 9th out of the Top 10 EB-5 Visa Countries.

While many Nigerians remain interested in the U.S. economic residency program, they are also proceeding with greater caution due to the widespread news in the country that an American businessman, Marco Ramirez, had defrauded Nigerians out of $2.3 million in a recent EB-5 investment scam. Earlier this year, in April 2016, the Economic and Financial Crimes Commission (EFCC) of Nigeria arraigned Mr. Ramirez and his companies, Eagle Ford Instalodge Group LP and USA Now LLC, on eight counts for obtaining money by false pretenses. Mr. Ramirez allegedly duped several Nigerians by soliciting them for investment funds and promising them green cards through the EB-5 investment program. However, instead of maintaining the funds in the Regional Center’s escrow account, which is the customary practice for most projects, Mr. Ramirez allegedly took the money and used it for his own benefit. The consensus amongst the Nigerian high net worth advisor community was that the affected immigrant investors failed to retain independent financial advisors and/or seasoned EB-5 immigration counsel prior to investing with Mr. Ramirez and USA Now LLC. As a result, many Nigerian investors lost their money causing a recent “chilling” effect on the use of the U.S. residency program despite a genuine local interest in immigrating to the United States.

Notably, in 2013, the U.S. Citizenship and Immigration Services (“USCIS”) and the Securities and Exchange Commission (“SEC”) had issued a joint press release warning investors about Mr. Ramirez in the context of EB-5 investment. In a 2013 case the SEC brought against Mr. Ramirez and his wife, Bebe Ramirez, in the U.S. District Court for the Southern District of Texas McAllen Division, the SEC obtained a court order to freeze the assets of their three companies, USA Now LLC, USA Now Energy Capital Group LP, and Now Co. Loan Services. The Ramirezes had allegedly fraudulently obtained $5 million from foreign investors mainly from Mexico, Egypt, and Nigeria by promising to invest the funds in EB-5 investment projects when in reality the Ramirezes took the money and used it for personal gain including funding their Cajun-themed restaurant in Texas.

Look Before You Invest

Seasoned and competent EB-5 immigration attorneys do not hold themselves out to be experts in financial matters related to an EB-5 investment offering. However, they should give some general due diligence guidelines to investors as a best practice when selecting an EB-5 project that can greatly mitigate the risk of fraud, including the following:

To help potential EB-5 investors navigate through the EB-5 project selection, the SEC and the USCIS have also put together their own list of steps and potential warning signs any seasoned EB-5 immigration counsel should review with clients as a best practice including the following:

For a more comprehensive description of the steps and warning signs above you can review the SEC’s and the USCIS’ joint EB-5 investor alert checklist at dwww.sec.gov/investor/alerts/ia_immigrant.htm

While risk is inherent in every EB-5 investment by regulation, there is no need for an immigrant investor to expose himself or herself to any undue risk due to fraud and bad actors.