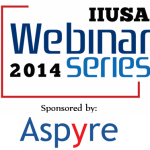 The IIUSA Webinar Series will debut this afternoon at 3:00 PM EST. If you are interested in how the EB-5 Program is being received in Washington D.C. and would like to learn more about how IIUSA’s EB-5 advocacy work helps effect positive change, then  you will not want to miss this webinar on EB-5 Industry Advocacy and Government Affairs in 2014. Please note, this webinar will not be available OnDemand, unless you are an All-Access Pass Holder!

Hans Christopher Rickhoff represents clients in legislative, regulatory and administrative matters at the federal, state and local levels. Mr. Rickhoff also advises foreign sovereigns on U.S. foreign policy matters, including development and implementation of strategies to enhance their relationships and advocate their policy objectives before the legislative and executive branches of the U.S. government.

Prior to joining the firm, Mr. Rickhoff worked as a Senior Principal and General Counsel at a global business advisory company, as well as in the Texas Senate.

Mr. Rickhoff is a member of the bars of the State of Texas and the District of Columbia. He is also admitted to practice before the U.S. Supreme Court. He received his J.D. from Texas Tech University School of Law, where he served as President of the Student Bar Association, commencement speaker, and law school budget chair, and was a member of the Board of Barristers. He earned his B.A. in Government from the University of Texas.

Liz Poston provides strategic counsel and communications support to clients facing heightened scrutiny by the media, the public, and federal and state governments. She is experienced in managing all aspects of public affairs campaigns – including message development, media relations, and coalition management.

At Prism Public Affairs, Poston worked in tandem with a client’s outside legal counsel on message development and media relations surrounding a high-profile qui tam lawsuit. She helped an organization manage stakeholder communications related to a data breach issue and conducted national media outreach for a leading non-profit’s annual symposium.

Prior to joining Prism, Poston served as communications director to Sen. Barbara Mikulski, D-Md., and was Florida state press secretary for the 2000 Gore-Lieberman presidential campaign. She was a vice president at Powell Tate, a Washington, D.C., public affairs agency, and also directed a private university’s communications and marketing program. 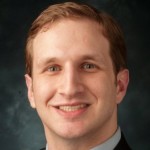 Since 2010, Peter D. Joseph has served as the Executive Director of the Association to Invest In the USA (IIUSA) – the national not-for-profit business trade association for a global investment industry that accounts for billions of dollars of foreign direct investment and supports over a hundred thousand American jobs annually (see: www.iiusa.org). He has worked for IIUSA since February 2008, was named Interim Executive Director in February 2010, and then Executive Director in December 2010. Formed in 2005, IIUSA represents the EB-5 Regional Center Program industry in government and public affairs through advocacy, research, and industry development.

Under his leadership, IIUSA continues to grow rapidly, while achieving advocacy, policy, and industry development goals and engaging actively in government and public affairs with an international reach. These efforts have built significant momentum for Congress to make the Program permanent and give it the certainty it needs to maximize its economic contribution to the U.S. Mr. Joseph received his M.S. from the DePaul University School of Public Service in Leadership and Public Policy in 2013, focusing his research on foreign direct investment, entrepreneurship, and economic oriented immigration policy. He received his B.S. from Ithaca College in 2007.

Russell Cartwright is the founding partner of Cartwright & Riley, Inc., a boutique public and government affairs firm which represents corporate and public sector clients with a focus on emerging issues in health care, energy, transportation, appropriations, education, environment and immigration. Mr. Cartwright has continuously represented IIUSA in federal government affairs for years. His efforts have been instrumental in past reauthorizations of the EB-5 Regional Center Program.

Mr. Cartwright’s extensive experience in Washington D.C. includes almost a decade with well-known government affairs firm Black Manafort Stone & Kelly after years of public service for members of Congress on Capitol Hill. His insights in public relations, communications and government affairs have proven effective for IIUSA, as well as a diverse clientele.