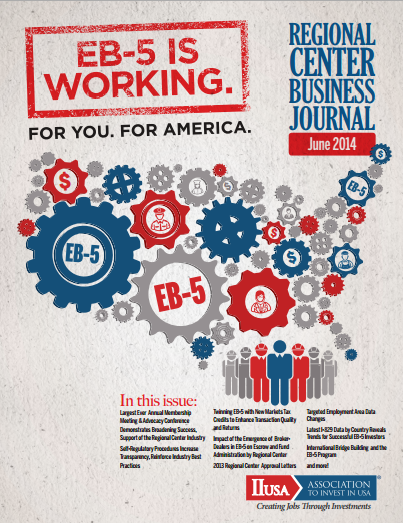 Last month, IIUSA noted in a blog post that on April 30th, the U.S. Citizenship and Immigration Services (USCIS) posted updated estimated average processing times for I-526, I-829 and I-924 petitions. Many EB-5 practitioners were surprise by the stark decrease in I-924 processing times, which went from 10.6 months in March 2014 to 4.4 months in April 2014.

An article in IIUSA’s latest edition of the Regional Center Business Journal by Editorial Committee member Suzanne Lazicki takes a close look at I-924 designation letters obtained by IIUSA through a recent government disclosure (Pgs. 29-30). View here. Of the 206 approval letters, 181 were initial designations. During the 14-month period, 150 (73%) of the 206 approval letters were issued in the second half of the period (after the May 30th policy memo).