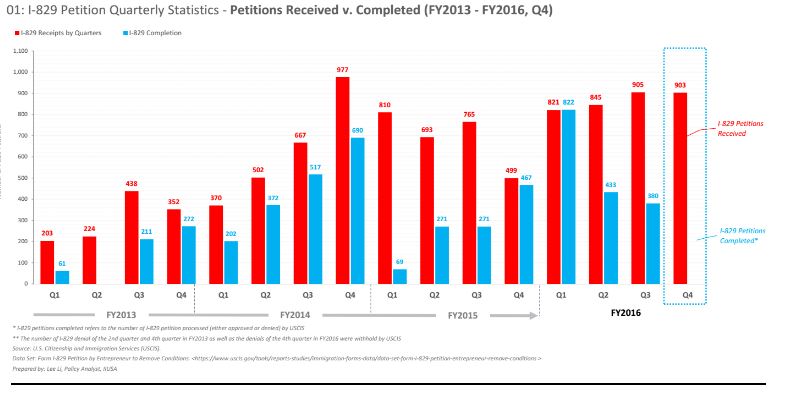 Earlier this week, Immigration Investor Program Office (IPO) published updated processing volume for the I-526 and I-829 petitions through Q4 of Fiscal Year (FY) 2016, (July-September). Below are selected data points extracted from the reports: 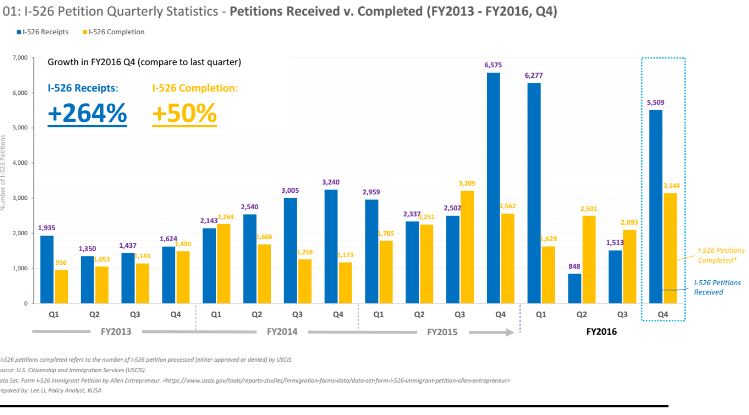