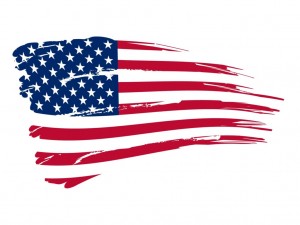 On April 23rd, the US Citizenship and Immigration Services (USCIS) held an EB-5 Immigrant Investor Program “Listening Session” teleconference, which marked the second public engagement USCIS has held on the Program in the past eight weeks. Unlike the February 26, 2014 teleconference in which USCIS leadership addressed a range of issues ranging from personnel and processing to substantive policy issues (summary available here and recording available here), this teleconference was set up to solicit input regarding potential EB-5 regulatory revisions from stakeholders. USCIS simply listened to a wide range of proposals and feedback without evaluating or commenting on them.

Prior to taking calls from EB-5 stakeholders, Colucci addressed those on the line about the stated priority of updating regulations and framework of the EB-5 Program whereby the strengthening and clarification of applicable eligibility requirements will lead to increased predictability, consistency and efficiency in the processing of EB-5 applications and petitions. Colucci concurred with the recommendation from the Department of Homeland Security (DHS) Office of Inspector General (OIG) report published in December 2013 recommending an update and clarification of regulations and that USCIS is taking a comprehensive approach to improving the EB-5 Program and is consideration a range of changes. He stated that the goal of revised regulations will be to improve the EB-5 Program by clarifying substantive eligibility requirements, establishing consistent procedural filing requirements for Program efficiency and predictability and enhancing Program integrity.

This teleconference is the first step in a process of engaging with EB-5 stakeholders on potential changes to EB-5 regulations (8 CFR 204.6 and 8 CFR 216.6). Moving forward, ideas can be can be submitted through the USCIS Idea Community or by e-mail at Public.Engagement@uscis.dhs.gov.