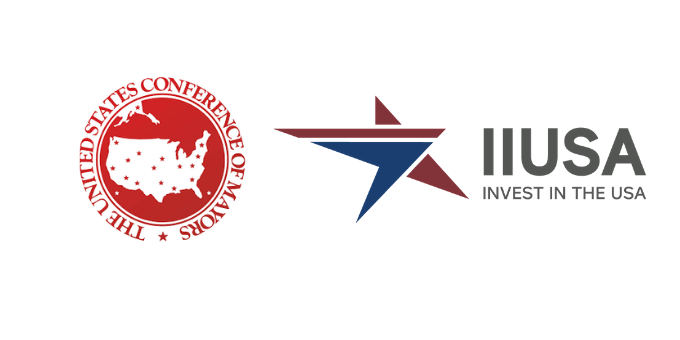 WASHINGTON, DC – August 25, 2020 – Invest in the USA (IIUSA) is pleased to share the United States Conference of Mayors (USCOM) joined IIUSA in advocating for reform and long-term reauthorization of the EB-5 Regional Center Program.

IIUSA Executive Director Aaron Grau stated, “A long-term reauthorization can generate more than $9B annually of job-creating investment into our economy, just when our economy needs it most – all at zero cost to the taxpayer.” Grau continued, “That’s why we are pleased to have the support of the Conference of Mayors. USCOM represents more than 1,400 major cities across the country all of which employ hundreds if not thousands of first responders and municipal workers and all of which have been impacted by the COVID-19 economic crisis. Who better understands the needs for non-tax revenue to stimulate local and regional economies than our nation’s mayors?”

Unlike all other visas, federal law requires that each EB-5 investor contribute either $900,000 or $1.8 million (depending on location) into a U.S. business AND create or retain at least 10 jobs for American workers. In other words: no jobs, no visa.

Tom Cochran, CEO & Executive Director of the USCOM, noted, “The United States Conference of Mayors supports a strong EB-5 program. In the best of times, EB-5 investments create jobs and spur growth. Now that all our cities are struggling to overcome COVID-19’s economic realities, non-tax revenue like the billions facilitated by EB-5 investments is not just a “nice-to-have” resource, it’s critical.  We are grateful to IIUSA for leading this effort and the Conference looks forward to working with IIUSA to assure EB-5’s future.”

IIUSA is the national membership-based not-for-profit industry trade association for the EB-5 Regional Center Program. Our members account for a vast majority of EB-5 Program capital formation and job creation.

The United States Conference of Mayors is the official non-partisan organization of cities with populations of 30,000 or more. Each city is represented in the Conference by its chief elected official, the mayor.