The U.S. Department of State – Bureau of Consular Affairs has published the September 2019 Visa Bulletin.

” There has been a combination of a dramatic change in the USCIS demand pattern for adjustment of status applicants during July, and a larger than anticipated return of unused numbers which had been provided to consular offices for July use. As a result, it has been possible to advance the Employment First and Second preference September final action dates for most countries, as well as the India Employment Fifth preference.” 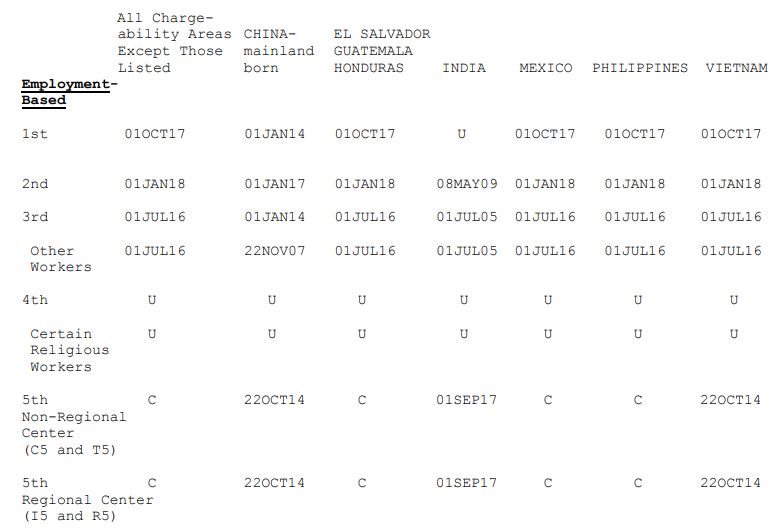