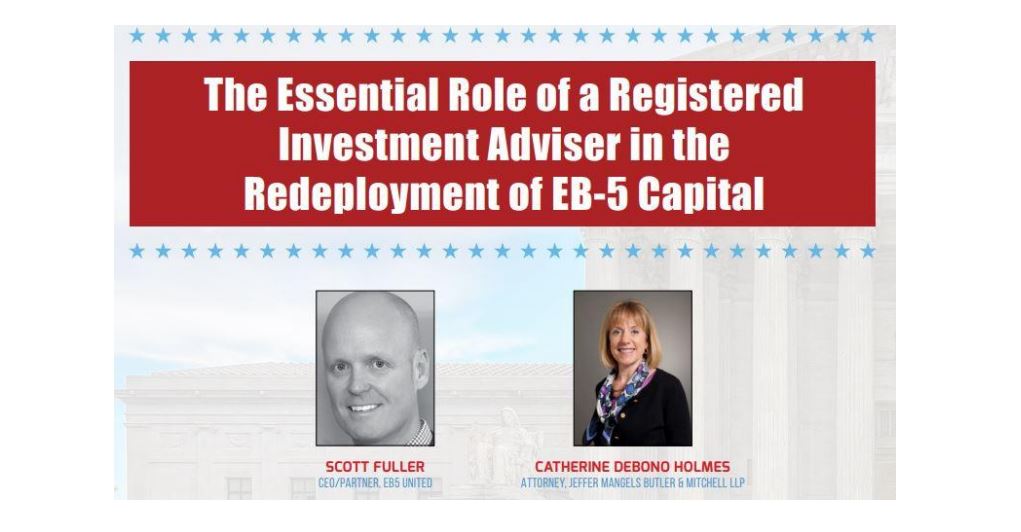 One of the most important responsibilities of every general partner or manager of a new commercial enterprise (“NCE”) will be the choice of investment alternative for the NCE’s capital upon redeployment from its initial investment in a job creating entity (“JCE”). In its revised Policy Manual released June 14, 2017, USCIS issued new guidance that requires redeployment of an NCE’s EB-5 investment capital if the JCE returns the NCE’s capital investment before all of the EB-5 investors in the NCE have completed their two year conditional permanent residency period. The biggest impact of this redeployment requirement is on EB-5 investors from mainland China, because of the current waiting time to process their conditional residency visas, which according to the USCIS Ombudsman 2017 Annual Report will result in delays of 10 to12 years in the completion of the conditional permanent residency period for these investors. This will necessitate a redeployment of capital by the NCE for potentially five to seven years after the original investment in the JCE has been returned to the NCE.

How will the general partner or manager of the NCE demonstrate that it has met its fiduciary duties to the EB-5 investors in the selection of a reinvestment alternative for the NCE? One of the most valuable ways of meeting this responsibility is to engage an independent registered investment adviser to review and advise the NCE on the available reinvestment alternatives. Here are ways in which the registered investment adviser (“RIA”) can protect the general partner or manager of the NCE, as well as the EB-5 investors, in connection with the reinvestment of the NCE’s capital:

← See you in Las Vegas Next Week for the 2017 AILA EB-5 Investors Summit! Have you Visited the IIUSA Communications Subscription Center? →