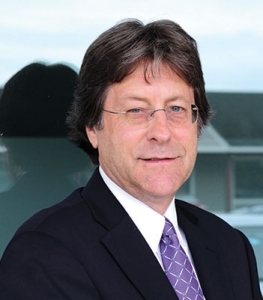 On May 15, 2018, the USCIS issued a surprise announcement that it was updating the EB-5 Policy Manual to take the use of tenant occupancy jobs for EB-5 projects completely “off the table” going forward. To many in the industry, the announcement was surprising because many of us did not think tenant occupancy jobs were even an issue these days. While there have been industry efforts to “settle the issue” in favor of being allowed to count tenant occupancy jobs in the various EB-5 legislative reform proposals, there had been few, if any, substantive discussions at stakeholder engagements or meetings about this issue. There are other matters of far greater concern to the industry, including guidance on the re-deployment of EB-5 investor funds in an age of painfully slow case adjudications and VISA retrogression.

In fact, many in the industry I have talked to since the May 15th Policy Manual change have indicated that it has been quite a while since tenant occupancy jobs have been a serious consideration for any project. At EPR, we have not even had a serious discussion with a project about using tenant-occupancy jobs for about five years—or shortly after the USCIS issued its December 2012 USCIS guidance memo on tenant-occupancy jobs. In our experience, most project developers have over time come to the conclusion that trying to use tenant-occupancy jobs is not worth the uncertainties associated with either receiving a USCIS approval or waiting through what was likely to be a much more lengthy USCIS case review—even if the project felt it had a winnable tenant occupancy job argument. Our experience is that trying to use tenant-occupancy jobs for a case filing nearly always results in a Request for Evidence (or a RFE). Adjudications are already way too long, so why take the risk of giving a case officer even more fodder to ask questions about? Why delay the approval of an investor petition or exemplar filing by asking for something that anyway seemed nearly impossible to obtain?

A little history on the whole issue—at least as I remember it—may be instructive to understanding where we are as of May 2018. I recall back in the early-to-mid-2000s, when the industry was strongly advocating for the USCIS to allow tenant-occupancy jobs, the EB-5 program was very different than it is today. Back then, there were not nearly as many players in the industry and the norm in job impact studies was to estimate EB-5 program job impacts by using estimates of what today are known as economically direct jobs. EB-5 funds back in those earlier times also tended to comprise a higher percentage of the project’s overall capital stack. As a result, there was a lot higher level of tension between the job counts estimated by economists and the need for projects to have the highest defensible job counts possible in order to help projects raise enough EB-5 capital to allow a project to go forward.