TEA Timing: The Merits of Legislation to Lock-In a TEA Determination 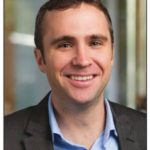 TEA Timing: The Merits of Legislation to Lock-In a TEA Determination

For such a huge piece of the overall EB-5 puzzle, the nuances of the existing TEA standards can confuse even experienced EB-5 practitioners and are certainly tricky for newcomers to the industry to understand. “Is my project in a TEA?” is often (and understandably so) the first question asked about a project under consideration for EB-5 funding. In many cases, a simple “yes” or “no” response based on a single point-in-time analysis will not provide a sufficiently detailed answer for a project stakeholder to make a decision on whether or not to travel down the EB-5 path. TEA-eligibility for a project can change over time and so there is no guarantee that a site that is currently TEA-eligible will remain so in the future. In short, TEA “timing” can be problematic.

Decisions involving potentially hundreds of millions of dollars are made based on the perceived TEA status of a project. The absence of predictability and lack of clear-cut guidelines can lead to poor decision making, wreak havoc in the EB-5 marketplace and potentially stifle projects that might have otherwise created jobs. Urban and rural projects would both greatly benefit from increased predictability. More predictability regarding the length of validity of TEA certifications would vastly improve the decision making at the initial planning stages and ameliorate one aspect of the challenging task of marketing an EB-5 project. This would also lead to a greater comfort level for the investors making the important, potentially life-changing decision to invest an in an EB-5 project.

Recent legislative maneuverings and debates focused on the merits and drawbacks of more restrictive statutes in relation to what kind of “areas” or “shapes” may be considered a TEA. Somewhat lost in the shuffle is the enormous benefit that would be realized through statutes that would lock-in a TEA determination for a significant time period. Assuming TEAs persist, this less controversial and seemingly straightforward change would remove a significant amount of uncertainty and concern for all EB-5 stakeholders from developers to investors.

Under the current TEA standards, states have been given some flexibility in providing high-unemployment TEA certifications, however are not involved in rural TEA determinations. This flexibility related to high-unemployment TEAs, however, has led to some ambiguity. In current practice, most high-unemployment TEAs involve the aggregation of one or more contiguous census tracts. While most states update the data utilized in the labor force estimates at the census tract level just once a year, the timing of this update varies. Furthermore, many states utilize different data and methodologies and provide differing language in their respective TEA letters regarding the validity of the certification. These specifics, combined with lack of clear-cut guidance from USCIS, makes it difficult to provide a simple answer to the often-asked question “how long is this TEA certification valid for?”

As TEAs come into play at the time of filing of the investor’s I-526 petitions (or time of the investment), a general rule-of-thumb for TEAs is to ensure that the certification utilizes the most recent data that the state is using at that time.

In many projects, big and small, it is difficult to anticipate exactly when investors might subscribe or when the I-526s might be filed. The lag time between when the EB-5 stakeholder asks the initial question “is this project in a TEA” and the successful marketing of a project is usually significant (often more than a year). Similarly, USCIS adjudication times for exemplar petitions are currently more than a year. For those waiting for an exemplar approval before filing investor petitions, the data that would be used to determine TEA-eligibility (most states update annually) will have changed between exemplar and investor filings.

This lack of clarity and certainty regarding TEA validity can cause issues at the initial planning stages and also for projects that are to the point of subscribing investors. Project developers, based on the initial perceived TEA-status of the project, can expend a significant amount of time and money to prepare the application for project approval only to find out later that the project is no longer TEA-eligible and hence possibly no longer marketable. Similarly, for projects subscribing investors over a longer period of time, the earlier investors in the project might be safe at the TEA investment level. However, due to TEA data changes, the later investors might be required to invest the higher non-TEA amount. Again, the project might not be marketable at the higher investment amount. These types of uncertainties can cause significant issues with not just successfully completing the EB-5 raise, but successfully funding and completing the overall project and creating the requisite number of jobs for the investors.

As an economist analyzing project sites every day, I encounter a variety of issues related to current TEA standards. For example, consider a project developer who has started down the EB-5 path with a residential project in 2014. In 2014, the project location qualified with a straightforward TEA configuration with a handful of census tracts. As the project experienced some typical delays, a re-certification was needed in 2015. Luckily, the data still supported the TEA and an updated letter was obtained. However, the gap between the unemployment rate of the TEA and the needed threshold shrank considerably, with little wiggle room left. To date, it is possible that the project might need another re-certification this year, as marketing of the project might take longer than planned. The developers have already spent a significant amount of time and money preparing the proper EB-5 related documentation and marketing the project. However, due to the current TEA standards, where the site needs to be re-analyzed once a year, the project could fall out of TEA-eligibility and potentially no longer be marketable. This level of trepidation and uncertainty facing developers and other EB-5 stakeholders in these situations is an unnecessary by-product of current TEA standards and unfortunately not uncommon.

While less frequent, rural projects are also impacted. Under current policy, a project qualifies as a rural TEA if it is outside of a metropolitan statistical area (MSA) and outside of a city or town with population of 20,000 or more (based on the most recent decennial census). While these data points are only updated every 10 years, rural projects can still be impacted by lack of a TEA lock-in. I was assisting a potential client with a project that was in the planning stages that initially seemed to qualify as a rural TEA as it was in a very small town outside of an MSA. Around this time the developers were contemplating EB-5, new MSA definitions were released by the Office of Management and Budget (OMB). The new definitions attached the project county to an MSA, hence removing it from rural TEA-eligibility. As a result, the developers had to abandon EB-5 as a possible capital source. In this case, the developers were “lucky” since the TEA issue was uncovered early in the process, and so they did not spend substantial time and money pursuing EB-5. However, if the TEA validity could have been locked in early in the process, the potentially job-creating project may have successfully used EB-5.

Some states have included language in TEA certifications that seem to be an attempt to address the issues discussed in this article. California’s certification letters, for example, include the following language: “this certification is valid for one-year from the date of this approval”. While the state does attempt to address this issue, the ambiguity of the current standards makes it unclear if USCIS would defer consistently (or at all) to this type of language.

California and similar states are not the only concerned parties trying to address the issue. A few of the EB-5 reform bill proposals put forth over the last year have included language directly targeting this problem. The following are formulations from two different bills.

Language from Bill 1 – The designation of a targeted employment area shall be valid for a 2-year period. On the surface this appears to be an improvement over the current ambiguous standards. However, first we need to ask when would this “2-year period” begin? A key aspect to consider under this bill is that the states would be removed from the equation as the determination of TEA eligibility would be taken over by Department of Homeland Security (DHS). The bill includes language that the certification “shall be issued not later than 60 days after a request.” Based on these specifics, it is assumed that the “2-year period” would begin from the date of the certification received from DHS. While the bill seems to be clear on the length of validity, success in practice would hinge on two important questions: 1) Would DHS actually process the requests within 60 days? and 2) Would DHS provide clear guidance regarding the data and methodologies that DHS would use to make these determinations?

Removing the states from the equation would be a significant change in the ways TEAs are processed. Many would be skeptical if DHS would be able to comply with the 60-day window. Waiting two months (or possibly more) to obtain an answer on TEA-eligibility is often not feasible for projects. So, it would also be important that DHS clearly post the data and methodologies utilized in the TEA determinations to allow for project stakeholders to perform an accurate initial TEA analysis for project feasibility. Due to lengthy adjudication processing times already seen for other aspects of the program (such as I-924, I-526 and I-829 petitions), the feasibility and viability of DHS taking over TEA certifications would be a great concern.

Language from Bill 2 – such determination shall remain in effect during the 5-year period beginning on the date of the determination for purposes of any alien seeking a visa reserved under this subparagraph.  Unlike “Bill 1” discussed above, this bill makes no mention of removing the state’s role in determining high unemployment TEAs so it is assumed under this bill that states would continue to issue certifications. Based on this interpretation, the language seems to indicate that the certification would be valid for five years from the date of the state’s letter. The five-year period discussed in this bill takes the often lengthy and complicated EB-5 timeline into consideration and would be a vast improvement over current standards. The five-year time period would ameliorate the related issues encountered by most EB-5 projects while also keeping the state’s role intact. One further note – the way the bill is written, the 5-year period seems to only apply to high-unemployment TEAs. Language in future bills regarding the timeframe of validity should be expanded to cover rural TEAs as well.

For purposes of EB-5 eligibility, assuming TEAs are not done away with completely, USCIS should acknowledge that TEA certifications should be valid for an extended duration of time.

While the states are in the best position to continue certifying TEAs, the issuing of more clear-cut guidance by USCIS related to TEAs, including a lock-in provision, would vastly improve both initial planning and also minimize the TEA-related concerns that arise during the marketing and funding of an EB-5 project. Finally, decisions made by EB-5 stakeholders should be made to protect the investors throughout the process with the end goal of the investor obtaining a permanent green card. Legislation to lock-in TEA validity for an extended duration would be a significant, seemingly uncontroversial way to help achieve that goal.