“U.S. Supreme Court: SEC Disgorgement Powers Down but Not Out” 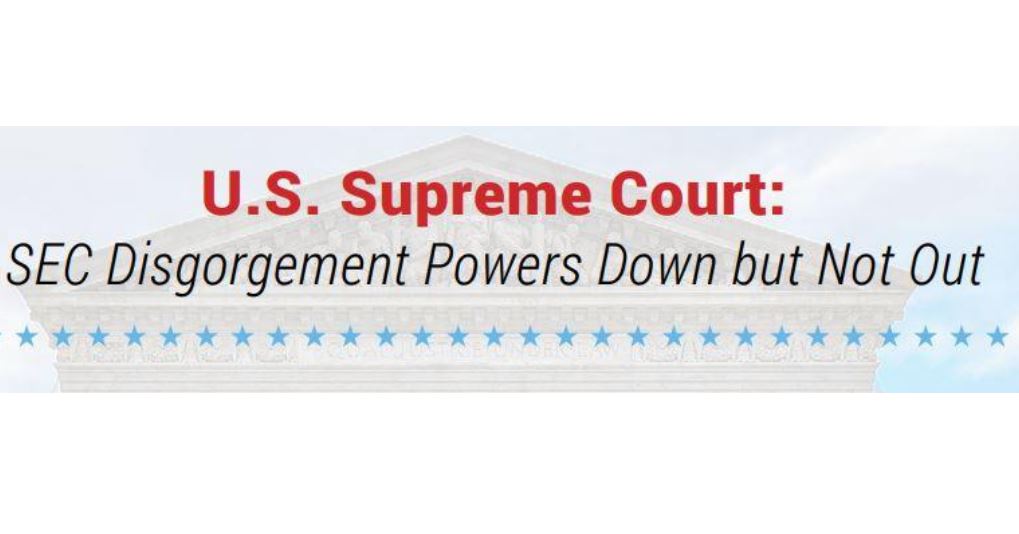 The United States Supreme Court recently delivered a strong blow to the SEC’s disgorgement powers in its 9-0 decision in Kokesh v. SEC, No. 16-529. In Kokesh, the Court held that the five-year statute of limitations of 28 U.S.C. § 2462 applies to SEC enforcement actions seeking disgorgement. The immediate significance of this case to those in the EB-5 industry, however, is that “boilerplate” agreements and offering documents may present new and different risk management considerations for Regional Centers, especially when used with Chinese investors.

In facts that unfortunately mirror recent misconduct in the EB-5 arena, the investment adviser in Kokesh allegedly misused $35 million of managed assets to live a lavish lifestyle, which included among other things a polo chukka and horse stable. The Enforcement Division of the SEC, as it usually does, sought “disgorgement” of those funds, plus interest and fines in excess of the misused funds.

Disgorgement has morphed over the past 50 years in SEC actions to encompass a full spectrum of ill-gotten gains, namely to encompass acts that may have occurred more than five years before the filing of such actions. More succinctly, the SEC has used disgorgement as an equitable tool to prosecute stale frauds or those not pursued in a timely manner. The Supreme Court’s decision in Kokesh essentially puts an end to what many SEC practitioners call “Zombie Enforcement Actions” for disgorgement. Disgorgement is now to be viewed as a punitive remedy subject to the five-year statute of limitations under 28 U.S.C. § 2462, rather than as an “equitable” remedy outside the statute.