Subscription Escrow Accounts in EB-5 A Story of Evolution 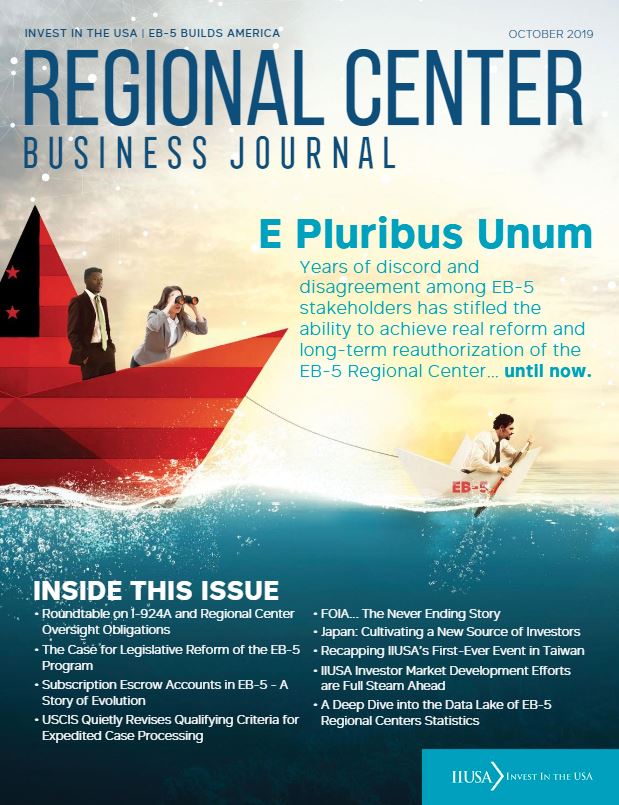 The use of a subscription escrow account to accept capital contributions from EB-5 investors seeking permanent residency in the United States through the EB-5 Immigrant Investor Program has been widely accepted by industry participants. While not required by any securities or immigration law or regulation, a properly structured escrow arrangement is an integral part of an EB-5 project’s overall success. If implemented properly, the terms of the escrow agreement can offer the EB-5 investors assurance (i) that their funds can only be released to the appropriate party(ies), and (ii) that a refund could be facilitated in the event of an I-526 Immigrant Petition by Alien Entrepreneur (I-526 Petition) denial. The EB-5 regulations were not designed to impede private enterprise, thus there are minimum government mandates related to the structure or operation of the subscription escrow accounts. Issuers who can offer their investors protections through their escrow structures have a competitive advantage in a market saturated with projects seeking EB-5 investment as part of their capital stacks. That said, EB-5 escrows have been forced to evolve and adapt to market challenges over the years. Here is a look at where we’ve been and what we are to expect in the future.

EB-5 as a mainstream source of financing skyrocketed in popularity following the financial crisis in 2008 and 2009. At that time, one could expect an I-526 Petition to be adjudicated by United States Citizenship and Immigration Services (USCIS) in four to six months. Issuers could raise the capital they sought from EB-5 investors, primarily in Mainland China where the demand was great and the familiarity with the program widespread, have their EB-5 investors file I-526 Petitions with USCIS, obtain adjudications on those Petitions and deploy the capital into the job creating enterprise (JCE) in a very short period of time. The EB-5 investors took comfort in the fact that their funds would be held safely in an escrow account under the control of an independent escrow agent until they knew that their immigration petitions had been approved. In the event there was something wrong with their petitions, or the projects for that matter, they could quickly and easily get their money back. They would be free to reinvest in a different project or return to the status quo and consider another path to permanent residency. Unfortunately, the good ole days had to come to an end.

← Department of State Published Annual Numerical Immigrant Visa Limits for FY2020: 1,111 Additional Visas Will be Available to the EB-5 Applicants. 'Tis the Season for EB-5 Education →