Support EB-5 Program Reauthorization by Signing Onto Our Letter Today!

The EB-5 Regional Center Program (the “Program”) is due to “sunset” on September 30, 2015 absent Congressional action with American jobs on the line. Stand with IIUSA and the EB-5 Regional Center industry by encouraging your peers and colleagues to sign onto our letter of support for permanent authorization of the Program so it can continue creating American jobs at no cost to the taxpayer! Simply re-tweet the numerous industry and state specific tweets on IIUSA’s Twitter account (@EB5IIUSA). 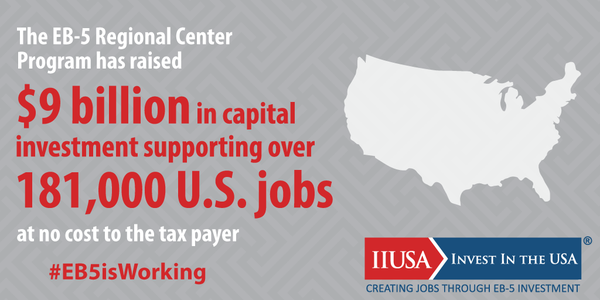 The time has come for this letter be delivered to its intended recipient, the United States Congress. With less than a month until the sunset date, it is imperative that we demonstrate the broad support of the Program that reaches far beyond just those in the industry.

With that, we are making a last call for signatories on the letter until September 15th.

(All IIUSA members have already signed-on to the letter)