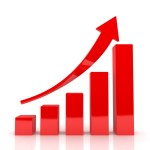 SelectUSA, the U.S. federal initiative to promote and support business investment in the United States, released its report Foreign Direct Invesment (FDI) in the United States: Drivers of U.S. Economic Competitiveness late last month. Housed in the International Trade Administration of the U.S. Department of Commerce, SelectUSA aims to deepen the United States’ worldwide economic alliances and promote the stability, potential and promise of the American market to overseas investors.

The report, derived from statistics compiled by the U.S. Bureau of Economic Analysis (BEA), highlights several important investment trends for 2012 including the largest country sources of FDI (top 5: U.K., Japan, Germany, Canada and France), the top FDI growth markets (top 5: China, Hungary, Indonesia, Norway and Malaysia) and a breakdown by industry and geographic location. You can read the full report above or peruse the report’s info graphics figures.

What does this all mean in the context of EB-5 job creation and sustained investment through the Program? Foreign direct investment creates jobs, increases wealth and living standards, and bolsters innovation that drives U.S. economic competitiveness. In many ways, EB-5 is a microcosm of total FDI in the U.S. The EB-5 Program, which totaled over $2 Billion or 1.2% of total FDI inflow in 2012, is by its very nature a vehicle for job creation and economic development throughout the U.S. What’s more, according to the report, FDI into the United States from China grew at an average annual rate of nearly 71 percent between 2008 and 2012 a statistic that is reflected in the large number of EB-5 applicants from Mainland China (estimated at 81% of total EB-5 applicants). As we have recently reported, based off of the adjudication data obtained in the last few months, much of the EB-5 Program’s growth has occurred since 2008, with the previous six years (2008-2013) accounting for 68.5% of all I-526 receipts and 62.8% of all I-829 receipts since the start of the EB-5 Program in the early 1990s.

Since the Executive Order in June 2011 by President Barack Obama establishing the SelectUSA Initiative to attract and retain investment in the United States, IIUSA has developed relationships with key SelectUSA staff members in order to promote the EB-5 Regional Center Program as an important component of foreign investment into the U.S.  SelectUSA is a staple speaker at IIUSA conferences, and has anombudsman function for working with other federal agencies when FDI is being frustrated by bureaucratic hurdles – a portfolio that sometimes includes EB-5 processing issues.

In fact, in October-November, IIUSA attended the first annual SelectUSA Summit in Washington, D.C. and IIUSA Vice President Robert C. Divine spoke on a panel exploring capital availability in the U.S. and the challenges faced by global investors in establishing operations in the United States. IIUSA continues to explore ways in which we can contribute to SelectUSA’s overall mission of driving investment into the U.S.  Furthermore, IIUSA has participated (and will continue to) in SelectUSA events abroad to promote inbound FDI.  Our collaboration with this effort actually predates the creation of SelectUSA in 2011, when the office of “Invest In America” was in charge of promoting FDI into the US (the office was absorbed by the more robust SelectUSA upon its creation).  We look forward to continuing this essential partnership.