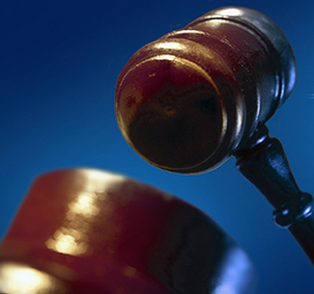 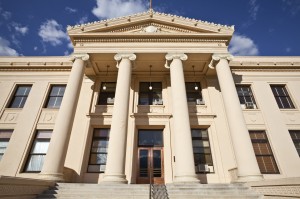 On February 6, 2013, the Securities and Exchange Commission (“SEC”) filed a complaint in the United States District Court for the Northern District of Illinois against A Chicago Convention Center, LLC (“ACCC”), the Intercontinental Regional Center Trust of Chicago, LLC (“IRCTC”), Anshoo Sethi. The complaint alleged that the defendants fraudulently sold over $145 million in securities, plus obtained an additional $11 million in administrative fees. At the same time it filed the complaint, the SEC requested, and was granted a Temporary Restraining Order, Asset Freeze, and Other Emergency Relief against all of the defendants.

Defendant Sethi answered the SEC’s complaint on April 1, 2013. That same day, defendants ACCC and ICRCTC (the “Corporate Defendants”) asked the court for more time to file their answer.

A sole intervenor and investor, Teng Yanlun, appeared on April 16, 2013. His counsel was permitted to intervene, but only for the purpose of acting as settlement counsel.

On April 29, 2013 the Corporate Defendants filed a motion to dismiss based on an alleged failure by the SEC to set forth a claim that provides a basis for relief. The arguments on this issue focused on the proper application of Morrison v. Nat’l Australia Bank, Ltd., 130 S.Ct. 2869 (2010) and the Dodd-Frank Act. On August 5, the judge ruled in favor of the SEC on this issue.

A cohort of new intervenors appeared on July 18, 2013, asserting an interest in the administrative fees collected. The SEC filed a brief in opposition on August 16, 2013. After several briefs supporting or opposing the intervention, the judge rejected the intervenor’s argument.

The Corporate Defendants filed an answer to the SEC’s complaint on August 28, 2013. Approximately two weeks later, the SEC and the defendants reached an agreement on all material matters.  The terms of the settlement are under seal, so we do not know if the agreement will impact any potential criminal fraud charges that could be coming from the U.S. Department of Justice after the civil matters that make up the current proceedings are dealt with in full.

A status hearing has been scheduled for October 21, 2013, however, on October 7, 2013 due to the government shutdown, the court sua sponte ordered the case suspended for 14 days. This order appears to apply to all civil cases in the Northern District of Illinois in which the United States is a party. So, while the parties could still meet onOctober 21, they are not obligated to and the ultimate resolution of this case could be delayed while the court attempts to clear backlogs caused by the stay.

IIUSA will continue to monitor this case very closely and keep members apprised of noteworthy information.