RIMS II Orders Need to be Submitted to U.S. Bureau of Labor Statistics Before 9/30 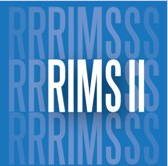 The impact of sequestration and reduced FY 2013 funding levels for the Bureau of Economic Analysis (BEA) necessitate that the Bureau’s RIMS II program be discontinued. RIMS II multipliers for 2011 will not be released in September as previously scheduled. However, RIMS II multipliers for 2010 may still be ordered up through September 30, 2013.  Existing customers who have placed orders are encouraged to download their multipliers from the RIMS II Online Order and Delivery System by this date. All RIMS II orders need to be submitted to the U.S. Bureau of Labor Statistics (BLS) before 9/30, as the product will be made unavailable due to sequestration.

IIUSA will be working on getting guidance from USCIS on how long RIMS II will be accepted and to see if there is a way for the Bureau to cut spending elsewhere so as to not eliminate RIMS II.