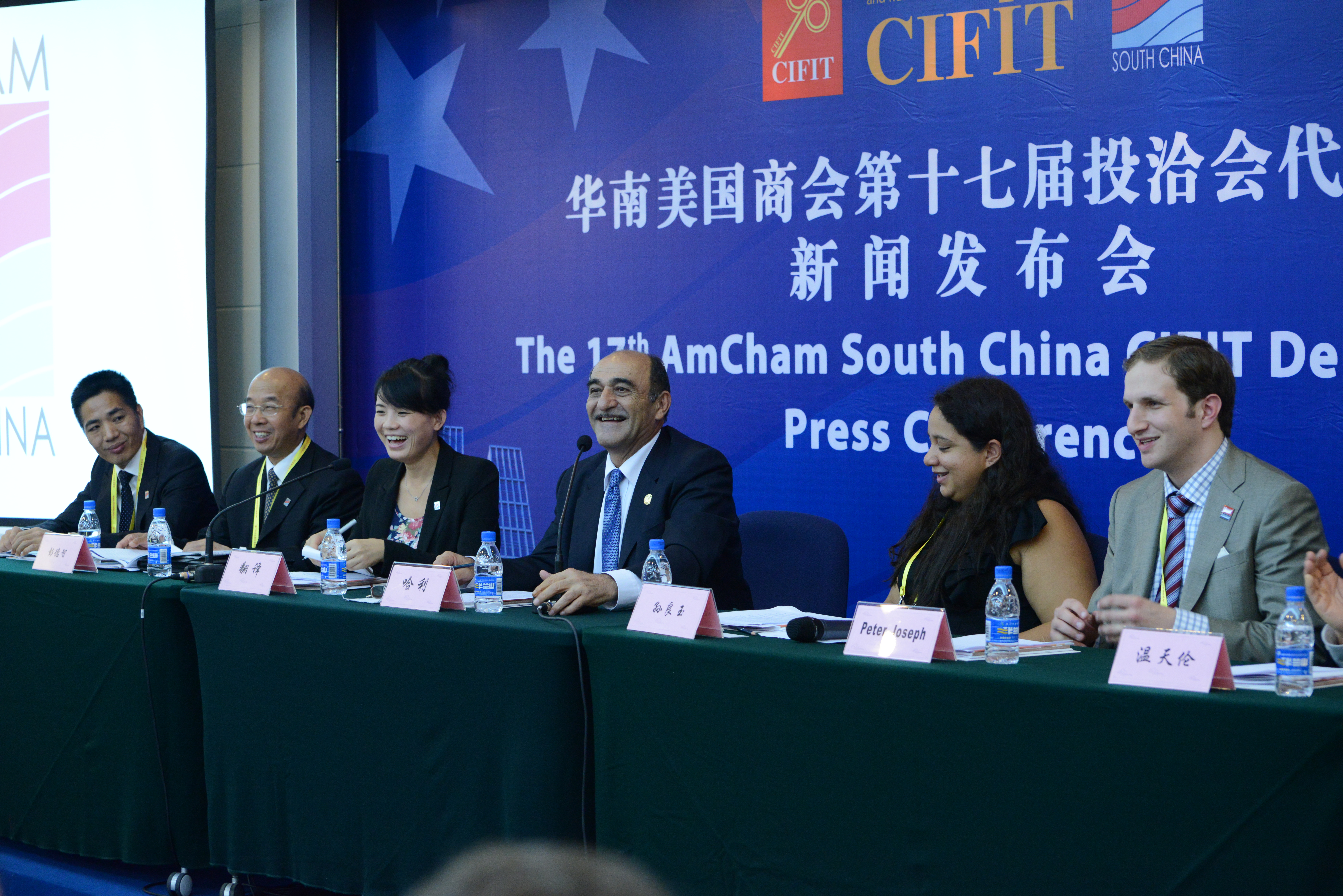 Earlier this month, IIUSA had the privilege of leading a trade mission of over 115 IIUSA members to the 17th Annual China International Fair for Trade & Investment (CIFIT) in Xiamen.  IIUSA was honored to co-host the U.S. Pavilion in partnership with the American Chamber of Commerce (AmCham) South China and would like to extend our gratitude to them for being our gracious hosts.  The combined AmCham South China/IIUSA delegation made up a group of over 300 delegates and 35 exhibitors – the largest and most successful U.S. delegation and pavilion in CIFIT history! 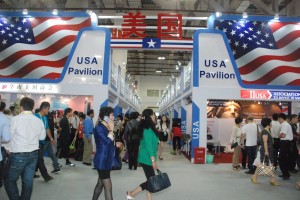 We expect our collaboration with AmCham South China to strengthen in the months ahead, especially as China remains the most vital investor market in our industry.  A special thanks goes out to all of our sponsors, exhibitors, and attendees who participated.  IIUSA is grateful to have had the opportunity to showcase the EB-5 Program at this world-class event and to such a large and comprehensive network of globally-minded investors.  A huge thank you to Kelvin Ma, Chair of IIUSA’s International Committee (and partner at Demei Law Firm in Shanghai) for all of his and his staff’s help in making this event happen.

Over the past couple of weeks since returning from Xiamen, we have received many responses regarding the success of the trip – and where we could improve.  IIUSA will continue to seek feedback from attendees to explore whether to make CIFIT an annual opportunity for members and explore other overseas opportunities that strengthen existing and developing EB-5 investor markets to contribute to the diversification of investor origins.

After CIFIT, IIUSA officers and representatives traveled to Taipei to present at the Taiwan Immigration Consultants Association (TICA).  Thanks in large part to the hospitality from IIUSA member, David Enterline  of WTW Taipei Commercial Law Firm, the opportunity to present to a packed room at TICA was quite productive.  IIUSA Executive Director, Peter D. Joseph, and Vice President, Robert C. Divine, presented on the the latest development in the EB-5 industry and facilitating an informed and transparent marketplace between investors (and their advisers) and Regional Centers (and their projects). 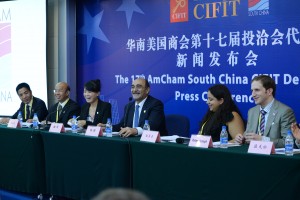 AmCham South China press conference at CIFIT. Note AmCham South China President, Harley Seyedin, in the middle flanked by other Directors of his organization on his left, with U.S. State Dept. rep and IIUSA Executive Director, Peter D. Joseph, on his right 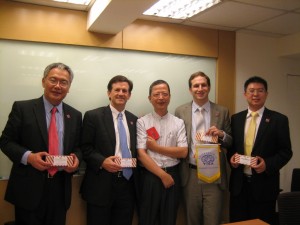 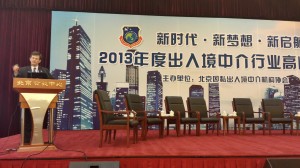 From Taiwan, the IIUSA team traveled to Beijing, where Robert C. Divine was slated to speak at the Beijing Exit/Entry Service Association Annual Summit.  An article written by Peter D. Joseph was featured in the Summit’s industry journal that each attendee received.  The palatable theme of the Summit was “due diligence.”  Migration advisory firms in China – in the wake of project failures like that of the Chicago Convention Center in February (where the U.S. Securities & Exchange Commission ended up stepping in with an enforcement action) and others.

With that theme in mind, exit/entry service associations from provinces all over China were present to formalize an inter-connected structure between associations to share information and educate the industry about the tools that can be used for “due diligence” in the EB-5 context.  IIUSA continues to build strong association-to-association partnerships within China that will give the EB-5 industry the opportunity to actively participate in this important part of industry development.  Stay tuned for more information about an IIUSA webinar on the subject in about a month (on October 29 at 3pm EST).

From Beijing, Peter D. Joseph headed to Washington DC for several days of meetings on Capitol Hill to catch up with Congress as it got back in session after August recess.  With the assistance of the IIUSA government and public affairs team from Akin Gump Strauss Hauer & Feld, LLP, Cartwright & Riley, Inc, and Prism Public Affairs, Mr. Joseph engaged with Congressional offices and media outlets from across the political spectrum.

With the Senate already passing a comprehensive immigration reform bill, discussions there focused on Program inquiries surrounding USCIS Director’s Alejandro Mayorkas, nomination to Deputy Secretary of Homeland security.  IIUSA responded to some of the fundamental misunderstandings of the Program that appear central to these inquiries and will continue to do so.  On the House side of Congress, IIUSA continued its engagement with sponsors of the SKILLS Act, which includes several EB-5 related provisions and exploring how some revisions to the legislation could be included in a potential manager’s amendment if/when the bill (which already passed out of committee) is taken to the next part of the process.  The House Democrats now appear ready to introduce their own version of comprehensive immigration reform that will also include EB-5 provisions.

What does this all mean for you?  The complex politics of immigration, let alone in a divided Congress, make it impossible to predict how things will progress from here.  IIUSA – as a nonpartisan organization – is working with all Congressional offices interested in the Program to ensure any reform to the immigration includes our three priorities: a permanent program, maximized capacity for economic impact, and an adjudication process that is in line with commercial realities.  We believe we have made great progress on this mission, and will need your help from a grassroots level when the time is right.

Stay tuned!  Only 732 days left in until the next “sunset” date for the EB-5 Regional Center Program…