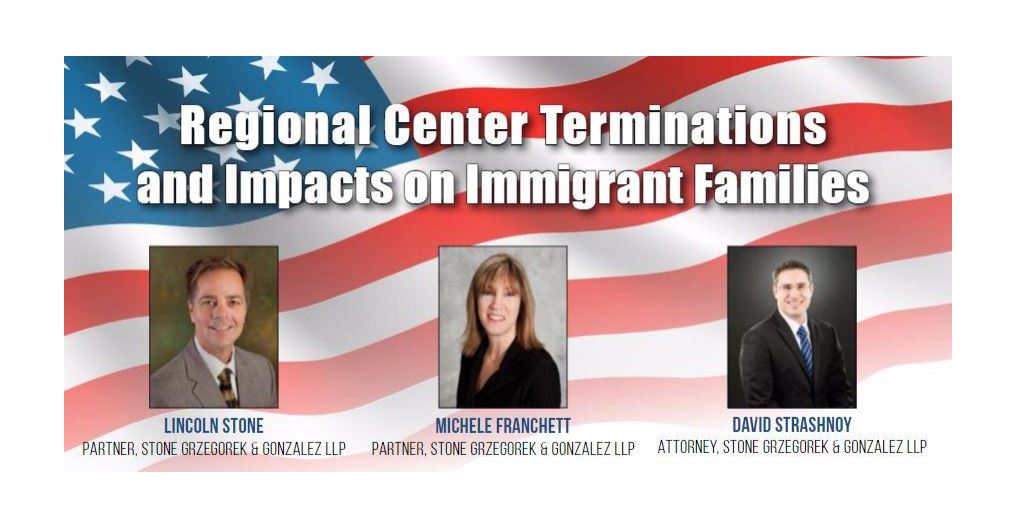 We know from the pleas of immigrant families that not everything is Zen when it comes to regional center (RC) terminations and the feared consequences for their immigration status. When the head of an immigrant family, young parent of two pre-K US born children, cries out “our lives are ruined if we are forced to leave”, there’s no sense in silence. What policy objective is advanced by dashing the immigrant family’s dream, which is legitimately based on having made the required investment in good faith toward creating US jobs? Try to see it the immigrant’s way. We take the occasion of recent USCIS announcements to do that.

Just weeks ago, on May 31, USCIS announced it had posted to its website in the interest of program transparency the notices of terminations of dozens of RCs. We reviewed the posted notices as well as the bounty of RC terminations IIUSA received in Q4 2016 via FOIA efforts. The Immigrant Investor Program Office (IPO) appears to have found the strike zone for terminating RCs and with as many as 859 RCs to pitch to we can be confident IPO will mow through hundreds more. By our count, USCIS has terminated 119 RCs in the 25-year history of the RC program. While only a handful of RCs were terminated from 2008 to 2013, over 94% of RC terminations occurred since 2014. Of the 119 total terminations, USCIS posted 69 termination notices as of June 2017, reflecting most of the notices issued through November 1, 2016.

Although some of the termination notices have been partially redacted, these disclosures provide a window into the underlying reasons for RC terminations under 8 CFR 204.6(m)(6)(ii). The regulation separates the grounds of RC termination into two categories, namely, for failure to file the annual information (Form I-924A) with the required filing fee, or for failure to continue to serve the purpose of promoting economic growth. Based on actual RC experience, however, the latter category is split between RCs with insufficient activity and RCs with “bad actor” problems that typically have attracted SEC or other law enforcement attention. Either way, USCIS concludes the RC “no longer serves the purpose of promoting economic growth.”