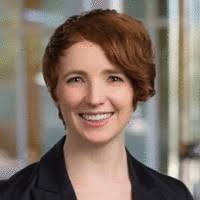 RIMS II is one of the most commonly used economic models in the EB-5 industry to estimate a project’s job creation and total economic impact. While USCIS accepts job creation estimates based on RIMS II, USCIS has not given concrete guidance on issues related to acceptable RIMS II data-years vis-à-vis the timing of project filings with USCIS. The examples discussed in this article are based on our best practice recommendations and our past experience with USCIS adjudication of economic reports using RIMS II data.

Project sponsors and stakeholders should be aware of the BEA’s annual updates to RIMS II multipliers, because these updates may affect certain EB-5 project decisions, depending on the stage of the EB-5 process that a project is in at the time that updates in the RIMS II data occur.

For the initial project filing (either I-924 exemplar or I-526 application), the best practice is to use the most up-to-date RIMS II multipliers then available – which for new filings today would be the 2016 multipliers just released by BEA.

For subsequent filings with respect to projects for which petitions have previously been filed with USCIS using RIMS II data based on the previously released multipliers, it is usually not necessary or recommended to update the economic study with the new multipliers. That said, there are some caveats to this general situation, as described in the scenarios below.

When should a project sponsor use the updated RIMS II multipliers, and when should it not?

The answer to this question depends upon which phase the project is in when the updated multipliers are released, as explained below:

“Will the revised multipliers make the job creation go up or down?” is probably the key question for most stakeholders in any of these situations. This question is addressed in more detail later in this article.

Phase 2 –After Initial I-924 Exemplar or I-526 Petition has been filed with USCIS but before all I-526 Petitions have been filed with USCIS
Petitions are often still pending USCIS adjudication when new multipliers are released. Based on our experience, USCIS has historically not required an update of the economic study included with the initial filing, as long as the multipliers used for the initial filing were the most up-to-date available at the time the initial filing was made. Therefore, in general, we believe that it is not necessary to submit an interfiling for any pending petitions to including updated data based on the most recently released multipliers.

In our extensive practice with EB-5 petition adjudications with USCIS, we have found that it is often preferable to keep filings with USCIS as simple as possible – and that submitting an interfiling with updated multipliers may create unnecessary confusion for USCIS adjudicators, possibly leading to delays in adjudication. Furthermore, in the unlikely event that USCIS did question the timeliness of the multipliers, it should be relatively straightforward to answer successfully in the RFE response.

If one or more new I-526 petitions are submitted for a project with respect to which an I-924 Exemplar and/or other I-526 petitions have already submitted to USCIS, will a new economic study be needed for new petitions?

Historically, USCIS has not requested different multipliers for different I-526 petitions within the same offering – therefore, we believe it is not necessary to update the economic study associated with that offering for petitions that are submitted after an annual update to the multipliers. Furthermore, we would not recommend that new I-526 petitions for the same project include any update to the multipliers, because a revision to the economic study, even if well explained, could result in unnecessary confusion with USCIS, since the adjudicators would be required to review different economic study results for different investors in the same project.

Phase 3 – I-829 Petition Stage
With respect to a project in which I-829 petitions are being prepared and submitted, it is almost always the case that several years have passed between the filing of the original I-526 petitions and the associated I-829s, and it is likely that one or more updates to the multipliers have been released during that time period.

“What if new multipliers result in higher job creation?”

At the I-829 petition stage, a petitioner could seek to use the newer multipliers, if needed for job creation. Or, during the marketing stage of an EB-5 offering, it is possible that using updated multipliers could increase the job estimate, and thereby allow for more investors (or increased job cushion). If a project sponsor determines to use updated multipliers for these reasons, we believe that it would be unlikely for USCIS to question this approach, since the project sponsor would be using more up-to-date (and theoretically more accurate) multipliers. However, unless utilizing the more recent multipliers is necessary to achieve the required job creation for the removal of conditions, or will have a significant impact on marketing of the EB-5 offering, we believe the better practice would be to retain the original multipliers rather than updating to the new multipliers, to avoid confusion during USCIS adjudication.

What should project sponsors look for in reviewing an economic study before initial submission to USCIS?

Project sponsors should review the economic study before it is submitted with an I-924 or I-526 petition, specifically to consider the following issues:

Are the expenditures and revenues properly deflated in the economic study? Since the newly released multipliers are based on data from more recent years, the deflationary factor will be different than economic studies using the previous years’ multipliers.
Are the correct industry codes are being used? Some annual releases may include a change to naming conventions. For example, we saw a change in the naming conventions when USCIS released new multipliers in November 2015. (Read our review of that release here.)

Note that no change to industry codes has been incorporated in this year’s release.

If a new economic study is needed for this year’s release, will the job creation go up or down?

Our review indicates that it is unlikely that the newly released multipliers will have a drastic impact on most projects’ job creation estimates. The new RIMS II release is based only on the annual update to the regional data, which historically has resulted in fairly small changes to the values of multipliers. It is more likely for multiplier values to change noticeably in the years when the BEA also updates the national underlying data.*

Our initial review of these data indicates that, for final-demand effect on employment, there has been an extremely slight decrease for most industries (between -0.7% and -2.6% for seven industries), an extremely small increase (0.9%) for one industry, and no change for the last industry. Across the board, the direct-effect employment multiplier increased slightly, between 0.2% and 2.9%. Consequently, the indirect-and-induced-effect also shows a slight increase across all industries, between 0.8% and 1.8%.

Our initial review does not represent all industries and all locations, as multipliers are always industry- and region-specific. For example, multiplier values will be different for the Los Angeles metro-area than those for the New York metro area.

For stakeholders who have projects outside the New York City metro area and/or with different industries, the preliminary review provided above will not directly answer the question of whether job creation will go up or down for those projects. However, as discussed above, the only data change represented in the new release is an update from 2015 regional data to 2016 regional data – and, in general, annual updates to the regional data historically have not resulted in drastic changes to multiplier values.

To determine the impact for any specific project, the multipliers for the exact geography and industries relevant to that project would need to be reviewed. Project sponsors should discuss this with their EB-5 economist.

What about next year?

As detailed in our article last year, the BEA resumed the annual updating of the RIMS II multipliers in 2015, and it appears that the BEA is continuing to provide annual updates to the multipliers. Although the BEA has not been consistent with respect to the exact release date for the past few years, it has consistently updated and released the multipliers annually. Based on the date of the most recently released update, we expect that next year’s updated data will likely be released late this year or in early 2019.

The multipliers released in 2015, 2016, and this year all incorporate updates to the regional data, as this source is updated every year by the BEA. Updates to the national input-output data occur for “benchmark” years – years ending in ‘2 and ‘7. The next anticipated update of the national input-output data is scheduled to occur next year and will incorporate national data from 2012, according to a conversation with a BEA representative. As shown in our selected analysis of multipliers with 2010 data versus 2015 data, this update, which included a change to the underlying national data, resulted in large changes to the multipliers.