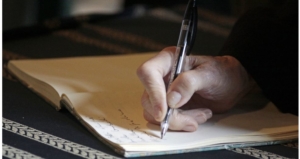 A recent article published in Roll Call highlights the challenges facing current EB-5 investors and the stress they are experiencing due to the ongoing EB-5 Regional Center Program lapse. It is critically important to protect these good-faith investors and we hope to see the Program reauthorized soon.

While IIUSA remains confident in our ability to help secure a long-term reauthorization for the Program and investor relief the article notes that industry stakeholders understand the significant fallout should it continue to remain lapsed.

IIUSA executive director, Aaron Grau, noted in the article “The dominoes start to fall when the EB-5 investors start to believe that the deal they cut with the United States isn’t going to be honored”.

Dr. Chandra Ojha, a cardiologist in El Paso, Texas, is used to demanding work. But lately, Ojha, who has waited more than three years for his green card through a since-expired government program, has been “feeling the stress.”

It became so intense that a recent bout of chest pain spurred him to have a heart investigation done on himself.

Born in India and trained in London and the U.S., the 44-year-old Ojha filed his initial green card petition in 2018 based on a $500,000 investment he made into a California hotel under the EB-5 visa program. The program allows foreign investors who sink a certain amount of capital into a U.S. enterprise that creates American jobs to apply for permanent residency.

Investors may invest $500,000 in a project in an area of low employment, or $1 million elsewhere.

“Now a lot of us investors are in limbo. We don’t know what’s going to happen. It’s not just about money. Our immigration is at stake,” Ojha said.

Strict country caps on visas, especially affecting people from India, have created such a long backlog for permanent resident status that some immigrants turned to EB-5 visas as an alternative.

But the EB-5 regional center program has lapsed twice since Ojha filed his request, first for over a month during a government shutdown in December 2018 and again, after Congress did not reauthorize the program last summer.

Ojha is one of roughly 80,000 foreign citizens, including investors and their families, affected by the expiration of the EB-5 visa regional center program, a lapse that has stretched more than seven months.