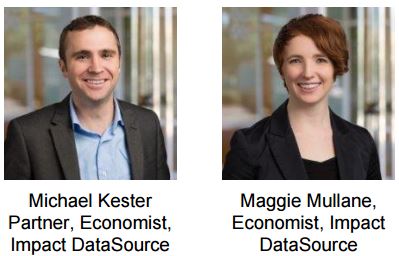 Updated RIMS II multipliers were released by the Bureau of Economic Analysis (“BEA”) in December 2016. The new multipliers replace the prior multipliers released in September 2015 – which, as we discussed early last year, introduced several important revisions to the model that impacted EB-5 job creation estimation (see RIMS II Multipliers Updated for First Time Since 2012: January 2016 Edition of IIUSA’s Regional Center Business Journal). While the December 2016 revision is less substantial, it will again impact job creation in EB-5 economic impact reports.

Below, we first briefly review the RIMS II model, and then we discuss the following questions:

(1) how job creation for an EB-5 project might be impacted based on this new release, and
(2) depending on where an EB-5 application or petition stands in the EB-5 adjudication spectrum, whether the economic study (using now-outdated multipliers) should be updated.

RIMS II & EB-5: Why are the multipliers changing?

The BEA’s Regional Input-Output Modeling System, known as “RIMS II”, continues to be most used model utilized in the EB-5 industry to estimate job creation. In short, an Input-Output (“IO”) model like RIMS II depicts inter-industry relationships (i.e., one industry’s output is another’s input) and shows how an impact to one industry affects all the others associated with it. Projects under the EB-5 Regional Center program utilize IO models, such as RIMS II, to estimate the indirect job creation that is projected to result from construction/development and operational activity. Besides job creation, the model may also be used to estimate other economic impacts (such as household earnings and output) a project will have on its surrounding area.

The BEA generates the multipliers using two sources: (1) national IO data, which is produced by the BEA for every benchmark year (those ending in -2 and -7) and demonstrates the interindustry relationships of nearly 500 US industries, and (2) regional data, which comes from the BEA’s regional economic accounts and is used to adjust the national IO data to illustrate region- and industry-specific industrial structures and trading patterns. The national data is further “localized” through the use of location quotients with regional wages and earnings data (Bureau of Economic Analysis, Regional Multipliers from the Regional Input-Output Modeling System (RIMS II): A Brief Description).

According to press releases, the BEA will update the regional data underlying the multipliers every year – meaning that we should expect new multipliers every year. As discussed in our previous article, the BEA had been providing regular updates to the RIMS II multipliers for decades until 2012, at which time reduced funding due to sequestration prevented any updates for several years. The BEA revised the model and in 2015 began releasing updated multipliers again according to a slightly revised schedule. The BEA has indicated that they will update the multipliers with new national IO data for every benchmark year but the exact timeline of those releases is unclear.

The latest release, in December 2016, introduces multipliers based on 2015 regional data (updated from 2013) and 2007 national data (unchanged). While this release updates the regional data by two full years, it seems reasonable to expect that future releases will only represent a one-year increase.

If this newest release is a proper indicator, the BEA should continue to release updated multipliers every year to reflect the newest annual regional data. Substantial updates to the underlying national IO data, currently based on 2007 data, will supposedly be updated only for benchmark years; however, it is unclear when the BEA will actually release new national data, as it was not until 2015 that the 2007 national data was introduced. If the BEA were to continue the same trend, the multipliers would be updated for 2012 national data in 2020 – but it is difficult to speculate exactly when this will actually occur.

Will the new multipliers add or take away job creation?

Of course, the main question that EB-5 stakeholders will have is whether the new multipliers will help or hurt job count estimations. After the September 2015 release, we compared old and new multipliers for similar areas and industries commonly used in EB-5 jobs studies and found that they typically demonstrated an overall decrease – hence, decreased job counts (often up to 20%). The substantial decrease was a result of both accounts (national and regional) being updated by several years (i.e., BEA had a good amount of catching up to do).

What about now? The newest release only updates the regional data (from 2013 to 2015), with the national IO account remaining unchanged. While it is not immediately obvious what the impacts from this update will be, it seems likely that the difference in the multipliers would not be in the magnitude of those observed last year, as (a) the national IO data is unchanged (compared to a five-year update in the prior revision), and (b) the regional data was updated only by two years (instead of three years in the prior revision).

As of the date of this article, we have compared the multipliers from this latest release to the prior release for several identical geographic areas and industries. As expected, the difference in multipliers is less substantial than that found last year (typically less than a 5% difference). Of course, as the multipliers are geographically specific, results could vary by location.

As there are multiple stages and filings along the EB-5 timeline, we are often asked questions about how USCIS views the use and timeliness of RIMS II multipliers (or other IO models such as IMPLAN). As with many aspects of the EB-5 program, USCIS does not provide concrete guidance on this issue. While the short answer is no, most likely you do not need to get a new economic impact report that updates one already submitted with an I-924 or I-526, the following discusses several EB-5 timing scenarios.

First filing for an EB-5 project (I-924 or I-526): To reduce the risk of a Request for Evidence (“RFE”), it is recommended that the economic study utilize the most recent multipliers that are available at the time of the first filing for a project.

New multipliers are released while I-924 or first I-526 is pending: While it is suggested that the most recent multipliers be utilized for the initial filing, based on historical USCIS adjudication processes, it would not be necessary to interfile with an updated economic study if new multipliers are released while an I-924 or I-526 is pending. A general rule-of-thumb with USCIS is to keep things as simple as possible – and submitting an interfiling just for updated multipliers may create unnecessary confusion for adjudicators, possibly leading to delays. Furthermore, in the unlikely event that USCIS did happen to question the timeliness of the multipliers, it should be relatively straightforward to answer successfully in the RFE response.

New RIMS II multipliers are released between I-526 petitions: For many EB-5 projects, I-526 filings will occur over an extended period of time, and hence new multipliers may be released in between multiple investor petitions. Since USCIS has not historically requested that different multipliers be utilized for different I-526 petitions within the same offering, it seems unnecessary, when filing the later petitions, to update the economic report associated with the offering with the new multipliers. Furthermore, if one is trying to stick to the “keep it simple” approach with USCIS, updating with the newer multipliers for I-526 petitions might create unnecessary confusion with USCIS, as they would be reviewing different economic study results for different investors within the same offering.

The I-829 stage: As several years will pass between I-526s and I-829s, it is likely that one or more updates to the multipliers will be released during that time. USCIS has not historically required the I-829 petition to utilize updated multipliers. If the I-526s for the project have been approved, the economic study utilized for the I-526 petition is essentially considered “blessed”. In short, based on historical guidance, the multipliers used in the I-829 can be the same as those used in the I-526 petition.

Even if I don’t have to update, what if the more recent multipliers are beneficial to job creation? At the I-829 stage, the petitioner could attempt to use the newer multipliers, if needed for job creation. Or, similarly, if there are marketing considerations during fundraising after the I-924 exemplar or first I-526 has been filed, where using the updated multipliers might lead to the possibility of more investors (or increased job cushion) the petitioner could also use the newer multipliers. It seems unlikely that USCIS would question this approach, since the petitioner would be using more up-to-date (and theoretically more accurate) multipliers. However, unless utilizing the more recent multipliers is necessary to achieve the necessary job creation for the removal of conditions, or is worth it for marketing considerations, the path of least resistance with USCIS would be to stick with the original multipliers.

Even as the question remains whether the new release will hurt or help job creation estimates for a specific area, the process of creating an EB-5 economic impact report remains fundamentally unaltered as the number of industries and industry-naming conventions remain unchanged. In short, the RIMS II data will look identical to the prior release, just with the actual multipliers being different.

The main change to keep in mind is in regards to deflation, which is typically found in EB-5 economic studies to adjust a project’s expenditure and revenue estimates to match the RIMS II multipliers’ regional data year. Expenditures and revenues will require two fewer years of deflation as the new multipliers are based on more recent regional data (2015 versus 2013).

RIMS II continues to be the most popular input-output model utilized in the EB-5 industry. As discussed last year, with certain aspects of the EB-5 program continuing to be under increased scrutiny – including job creation methodologies – and possible changes on the horizon, EB-5 economic studies should continue to follow best practices. One best practice for EB-5 practitioners using RIMS II to follow is to properly utilize the newly released multipliers.

← Where will you be on EB-5 Program Sunset? Join IIUSA in Washington, DC for the EB-5 Advocacy Conference! EB-5 Program Included in House Judiciary Committee Authorization and Oversight Plan for 115th Congress →