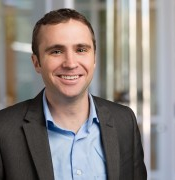 In earlier articles we alerted readers of the Regional Center Business Journal to substantial variations in how respective states certify EB-5 project locations as a targeted employment area (TEA), see P. Scheuren, A Comparison of States’ Approaches to Targeted Employment Area Certification (RCBJ, Dec. 2014), and to significant changes in the data sources used by certain states to calculate unemployment rates at the census tract level, see P. Scheuren, Targeted Employment Area Data Changes (RCBJ, June 2014). Namely, states such as Illinois and California had adopted the American Community Survey (ACS) as a data source for calculating unemployment figures at the census tract level, replacing the 2000 Census. This trend continues as Massachusetts, Nevada and New York have recently replaced the 2000 Census with ACS data. With the change by these three states, it appears that almost all states have adopted ACS as a data source. Using the example of New York, this article further illustrates the very significant impact that adoption of ACS could have on qualifying a project location as being within a TEA. Adoption of ACS as a data source (replacing 2000 Census data), as we demonstrate here, could have dramatic and unanticipated impacts on unemployment calculations at the census tract level, far beyond the relatively minor year-to-year unemployment rate changes previously anticipated reflective of a local labor force changes.

A primer on census-share calculation

To illustrate the census-share calculation, consider Census Tract 130 in Queens County, New York. According to the 2000 Census, the tract accounted for 0.06% of the county’s employment and 0.18% of the county’s unemployment.

Prior to this year, 2000 Census data was accepted by USCIS as a source of census tract level data used to calculate employment and unemployment shares. However, to the best of our knowledge, with the recent switch to ACS by Massachusetts, Nevada, and New York, it appears that all states, in some form, are now using the most recent source of employment and unemployment data for subareas such as census tracts. The ACS began in 2005 and replaced the long form questionnaire component of the decennial census that previously provided these data. The May 30, 2013 Policy Memorandum from USCIS indicated the Service would accept ACS data (as well as the census-based data) for the purposes of calculating TEA unemployment.
Illustration of the Transition to the American Community Survey

Prior to April 2015, the State of New York used data from the 2000 Census (household-only) as the basis for its census tract employment and unemployment shares. However, it has now transitioned to ACS 2009-13 data for this component.

In one sense, estimating census tract unemployment using ACS data will be more reflective of the current unemployment trends in an area and will more accurately identify areas of high unemployment as they stand today. However, the transition from 2000 Census data to ACS data may change local area unemployment estimates significantly. To illustrate how these changes can have drastic effects, take the case of two census tracts in Queens County. As described above, the State of New York used 2000 Census data (household-only) until this year. Accordingly, the census tract unemployment rate fluctuated only slightly from year-to-year, in concert with the changes in the direction and magnitude of the county unemployment rate. The unemployment rate in Queens County has steadily improved over the last three years, falling from 8.3% in calendar year 2012 to 7.7% in 2013 and 6.4% in 2014. With the transition to the ACS 2009-13 data this year for the purposes of calendar year 2014 calculations, the unemployment rates for some tracts have changed significantly. The graphic below shows two relatively extreme cases that are not uncommon. Census Tract 130 in Queens County qualified as a high unemployment area for the previous two years but no longer qualifies as an individual tract. Conversely, Census Tract 454 did not qualify as a high unemployment area as an individual tract in previous years but now currently qualifies as an individual tract. 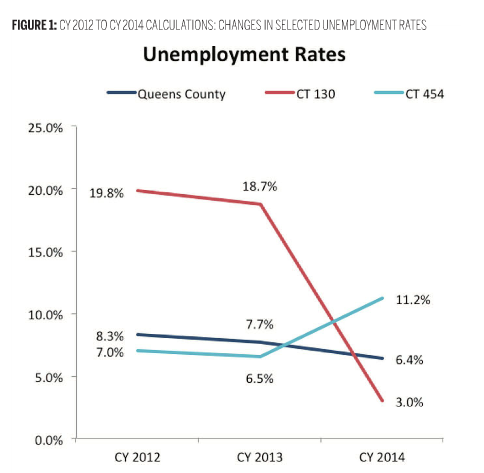 Each state has its own process and methodology for designating TEAs, some of which have changed significantly. To perform the proper due diligence, new potential EB-5 project sites should be analyzed for TEA-eligibility based on how TEAs will be designated going forward.

Furthermore, on recent USCIS Stakeholder Meeting calls, USCIS has specifically mentioned outdated TEA letters as a persistent problem with I-526 petitions. For parties involved in an existing EB-5 project that may have concerns regarding outdated TEA designation status, it would be prudent to discuss the matter with the project’s EB-5 economist and attorneys.

Additionally, depending on the specifics of investor timing, it may also be wise to have the project’s EB-5 economist review the site for the likelihood that the location remains or will remain TEA-eligible, taking into account any changes that might be made to the data utilized for TEA certifications, if known.