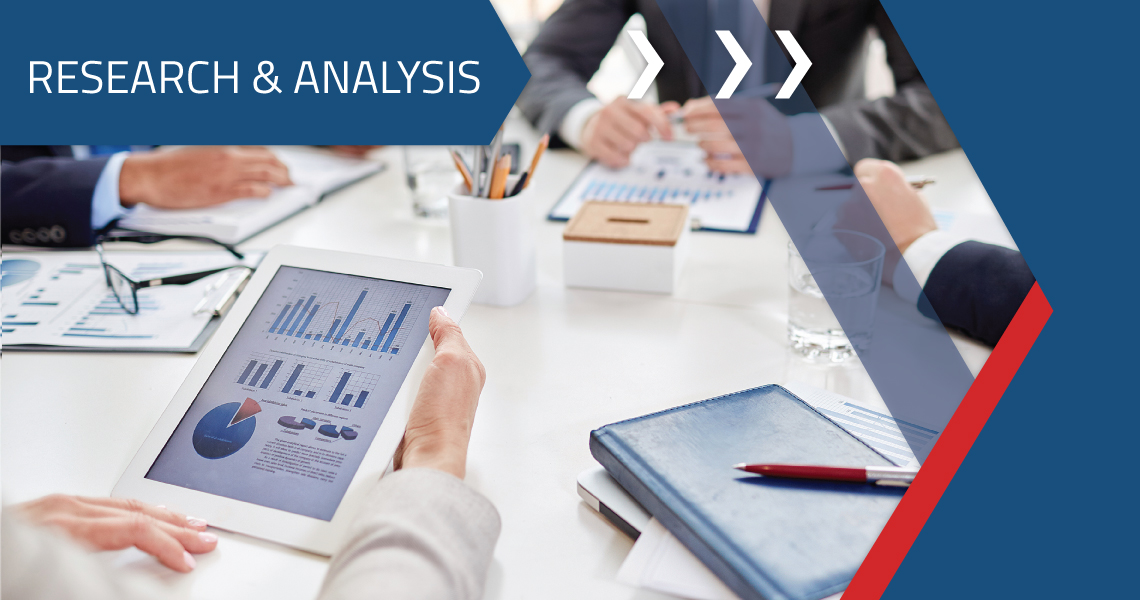 South Africa has 99 problems… and one of them is the country’s very own “JZ,” President Jacob Zuma, whom many South Africans accuse of seeking short-term political gains at the expense of the country’s long-term interests.  In December 2015, President Zuma sacked his Finance Minister, Nhalnhla Nene, and in the days that followed, the value of the South African Rand and the Johannesburg stock market tumbled.  Political corruption, a growing crime rate, an unemployment rate of 25%, and grim prospects for economic growth make South Africa a prime candidate for emigration.

The United States, along with the United Kingdom, Australia, New Zealand and Canada, are amongst the top choices for South Africans wishing to establish roots elsewhere.  Throughout South Africa, the United States is known for its pioneering spirit but to wealthy South Africans, it’s our stable currency, relatively reliable political bureaucracy, and top-notch educational system that comprise the right ingredients for settlement.

Given the lack of an E visa treaty between South Africa and the United States, South African investors and entrepreneurs have few visa options for entry into the United States.  For those with sufficient means and the ability to navigate the complex terrain of government-imposed controls on foreign currency exchange, the EB-5 program offers a viable path to lawful permanent residence in the United States.

Immigration from South Africa has slowly but steadily increased during the past two decades.  According to the Migration Policy Institute, a D.C-based think tank that measures and analyzes global migration, the number of South African-born individuals residing in the United States was 35,000 in 1990.  By 2013, that number had grown to 95,000.

Since the EB-5 program exploded after the economic downturn in 2008, South Africa has been amongst the top countries producing foreign investors.  The chart below shows the number of EB-5 visas issued to South African nationals according to the U.S. Department of State’s Report of the Visa Office: 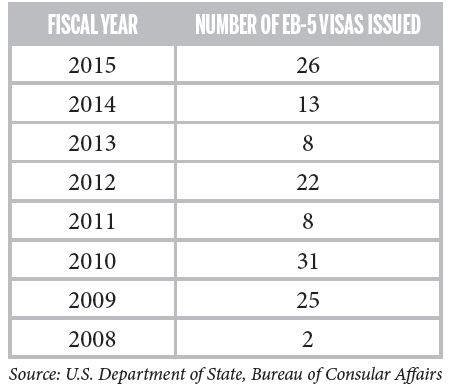 Source of funds patterns and trends

When working with South African EB-5 petitioners, representatives should be aware of common issues in the preparation of their source of funds.

South African companies can be registered as for-profit or non-profit entities with the Companies and Intellectual Property Commission (“CIPC”), which was established by the Companies Act of 2008 and is part of the South African Department of Trade and Treasury.  The CPIC is responsible for monitoring compliance with financial reporting standards.  Documenting the existence of a South African company may require a visit to the CPIC website, which lists the forms and certificates required for the registration of each type of business under South African law.  In addition to these documents, the business-owner or proprietor should be able to obtain evidence of the company’s earnings and compliance with governmental income tax regulations.  For purposes of tax assessments, the South African fiscal year runs from March 1 to the end of February of the following year.  Tax rates on the income of employers and individuals are publicly available on the website of the South African Revenue Service (“SARS”).

Income earned from the mining industry

As with EB-5 petitioners from other countries, South Africans derive their funds from a variety of sources.  Some are professionals who earn an annual salary, while others are businesspersons who own companies from which they draw salaries and dividends and/or procure loans.  These companies may engage in a variety of industries, including real estate property management, healthcare administration, and telecommunications, to name a few.  A noticeable trend among South African EB-5 petitioners is the growing number of those who earn income related to the mining industry, the largest contributor to South Africa’s gross domestic product.  Within the mining industry, the gold and platinum sectors are the largest with respect to employment, investment and revenue generation.  Petitioners may have executive, managerial, or engineering occupations at multinational mining companies, such as Gencor (the world’s largest mining company) or Gold Fields Limited, a long-standing South African gold mining company that is publicly traded on the Johannesburg Stock Exchange.  Documents pertaining to the company and the petitioner’s employment with the company – such as employment agreements, verification letters and qualification certificates – should be included in the source of funds preparation.  Worth noting is the slowdown of the mining industry in recent years, as a result of labor unrest, falling commodity prices, increased foreign competition, as well as negative publicity regarding the substandard working conditions of mineworkers and environmental degradation.

Placement of property and assets in trusts

To protect their property from creditors and minimize tax liability, many South Africans place their assets in trusts.  Generally speaking, a trust is a fiduciary arrangement that allows a third party or “trustee” to hold assets on behalf of a beneficiary.  A properly constructed trust can protect the beneficiary’s assets from creditors, the government, and other financial predators.  All trusts must be registered with the SARS and, depending on the circumstances, the donor, beneficiary, or the trust itself may be subject to taxation.  Documents evidencing the creation of a trust and tracing income from trust distributions include the trust deed that identifies the trust creator or “settlor,” trustee and beneficiary; trust income tax returns and assessments; proof of registration; as well as the trust’s bank account statements.  A prudent representative should also ensure that the trustee and/or beneficiary has the right to the distribution or to withdraw the funds that are subsequently applied to the EB-5 investment capital.

Wealthy South Africans are generally quite adept at reducing their tax liabilities.  Their methods can also create headaches for the unwary representative who must unravel a labyrinth of shell and holding companies connected through a complex hierarchy of ownership.  These so-called “tax mitigation” techniques generally fall into a grey area somewhere between acceptable tax practices and evasion.  The existence of shell and holding companies is by no means definitive evidence of tax evasion.  Shell companies, which are entities without active business operations or significant assets, can serve important and legitimate functions, such as raising funds before starting operations.  Likewise, holding companies, which are entities with enough voting stock in another company to control its policies and management, may exist for reasons such as controlling another company or owning property, patents, trademarks, stocks, or other assets. These types of companies can serve perfectly legitimate purposes and should not be confused with dummy corporations, which are created specifically to conduct illegal activity.  Representatives are wise to properly identify and document each entity and related bank account through which the investment funds have traveled in order to avoid the appearance of any impropriety.

Representatives of South African EB-5 petitioners must be mindful of the exchange control regulations enforced by the SARS.  For instance, the South African Treasury Department requires that the purchase of foreign currency be conducted through authorized dealers, a list of which are available on the South African Reserve Bank’s website.  In addition to ensuring that U.S. currency is purchased through an authorized dealer, the petitioner must also comply with exchange control regulations.  Individuals over the age of 18 may invest up to 10 million rand (approximately US $639,222) abroad, per calendar year.   Doing so requires the individual to provide the bank with a tax clearance certificate issued by the SARS.  This limit on foreign investment will be an obstacle for South Africans filing petitions based on investments in targeted employment areas, if the U.S. Congress elects to raise the current minimum capital investment amount of $500,000.

Consular processing and adjustment of status

Upon approval of an I-526 petition, South African nationals may apply for their immigrant visas at the U.S. Consulate in Johannesburg, which maintains sole jurisdiction over their issuance (note that the U.S. Consulates in Durban and Cape Town issue only nonimmigrant visas).  Applicants should obtain their civil documents – birth certificates, marriage certificates and police certificates – in advance of their interviews.  Birth certificates and marriage certificates should be unabridged (“long-form”), meaning that they should show the first and last names of all relevant parties.  These documents should be in English or be accompanied by an English translation that has been certified as complete and accurate.  Same sex marriage is recognized under South Africa’s Civil Union Act of 2006.

Police certificates are issued by the South African Police Service Criminal Record Centre in Pretoria. Applicants must have their fingerprints taken by the local police in their place of residence, which are then forwarded to the main office in Pretoria.  South African applicants residing abroad may authorize friends or relatives in South Africa to submit applications on their behalf.

Also, persons who have served in the military must provide records of service.  Such records may be obtained by writing the regiment to which they were attached and should include the applicant’s full name, date of birth, and military number.

The flagging economy, unstable currency, and political corruption are only a few of the problems driving South Africans to emigrate.  For the wealthy, there is some comfort in knowing that the EB-5 program offers a path to the coveted green card and permanent residence in the United States.  Representatives are well-advised to be mindful of the country-specific issues related to South African EB-5 petitioners and provide guidance accordingly.