RCBJ Retrospective: EB-5 Project Trends: What is Hot and What is Not? 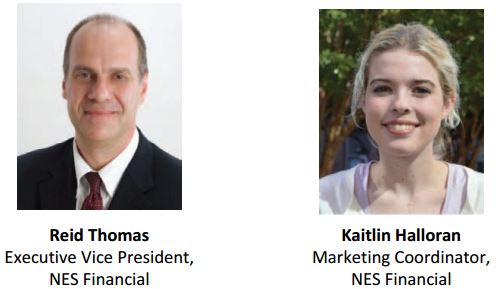 For almost 20 years, the EB-5 Immigrant Investor Program sat quietly on the sideline. Few had heard of it, and most of the available visas went unused – certainly not what we are seeing from the program today.

FY 2014 marked the first year that the visa cap for China was hit. Now with visa cutoff date for mainland China-born investors being a reality and the resulting diversification in investor markets, the balance of projects is beginning to shift.

China may have the most advanced infrastructure for sourcing investors, but it is also the market where competition for them is the fiercest. And as cost and competition for investors in China rise, the importance of developing networks in other countries becomes paramount. 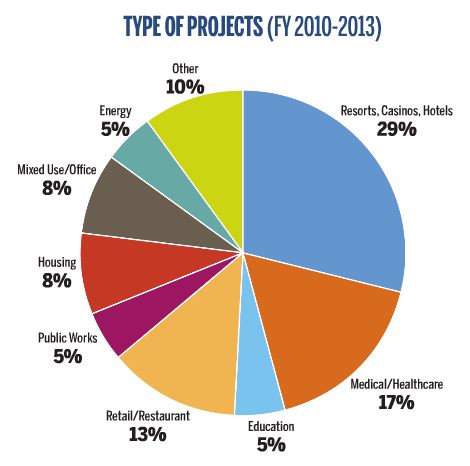 According to data pulled from NES Financial’s experience working with over 350 EB-5 projects, between 2010 and 2013, nearly a third of all EB-5 projects seeking funds were hotels, resorts, or casinos. Popular belief suggested that the reasoning behind this was that the ongoing direct employment needs, large construction efforts, and ongoing supply chain requirements provided these projects with high levels of direct, indirect, and induced job creation. As a result, this provides investors with confidence that the project will meet EB-5 requirements.

While hotels are still the largest segment, mixed use and housing (specifically multifamily) projects have grown increasingly popular.

While the ongoing direct job creation effects of these projects may be less than others, the construction-related job creation (direct, indirect, and induced) associated with most of these large-scale development projects is often sufficient to meet the job creation minimums.

So why the shift? There are several possible explanations.

The first is that the popular investment type has less to do with investor preference and correlates closer to demand in the U.S. real estate market. According to many reports, the “millennial” generation is driving demand for urban apartment and condominium housing (i.e. multifamily) which allows them to be close to work and take advantage of all that a big city has to offer.

Investor diversification may also drive different investment preferences. While China remains the largest source of investors by far, the growth rate from countries like Brazil, Mexico, and several Middle Eastern countries is worth noting. As investor markets grow more global, differences in investor motivation from one region to another may impact the types of offerings that can be marketed successfully.

The data presented so far is analyzing the market based on the number of projects. However, another interesting metric is to analyze the flow of capital. While total number of housing projects is now roughly equivalent to the number of hotel projects, the shift in the total amount of money invested in each sector is more dramatic. 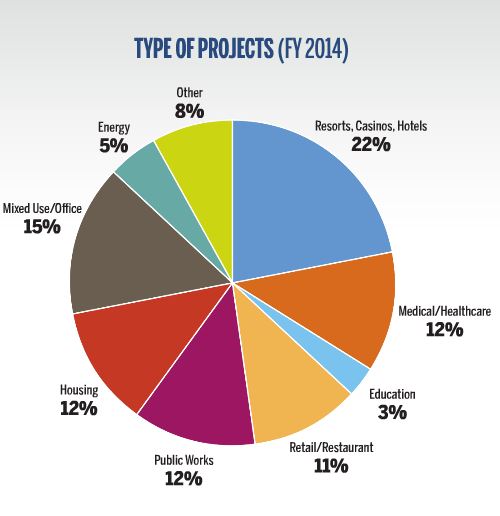 While the hot trend in EB-5 development projects in 2013 was hotels, resorts, and casinos, the increase in non-hospitality developments last year shot up substantially. Data gathered from NES Financial showed that from 2013 to 2014, the number of mixed use developments increased more than 300%, as more and more cities in the U.S. saw a growing demand for them. With vacancies falling and rents rising in a large number of submarkets, demand for these types of buildings is expected to remain at post-recession highs for at least the next two years. According to CoStar’s “State of the U.S. Office Market 2014 Review and Forecast”,  net absorption increased 42% from the previous year. 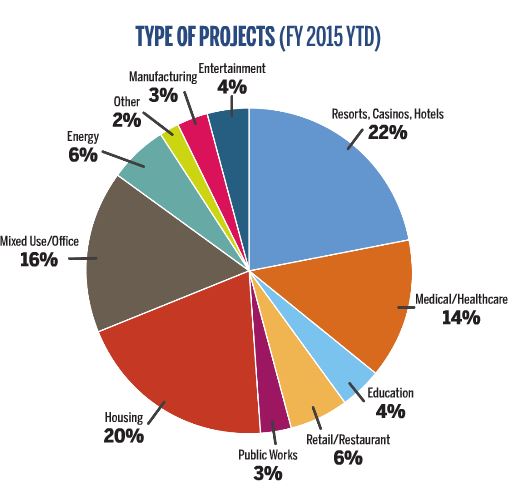 The increase in multifamily projects may have more to do with markets here in the U.S. than the wants from investors overseas involved with EB-5. CBRE’s “Q2 2015 U.S. Multifamily MarketView” reports that the vacancy rates for these types of apartments dropped significantly from the year before, and deliveries are forecast to reach nearly 173,000, the second highest forecast since 2000.

Real estate remains the dominant sector for EB-5 investments. But in the last 18 months, public works/infrastructure and energy projects have grown more popular. The size and scope of these projects have the potential to create even more dramatic shifts in the use of EB-5 investment funds. As the program evolves, these sectors may grow more prominent, dramatically changing the EB-5 industry.

When it comes to target raise amounts, projects in our database associated with the energy sector increased the use of EB-5 funding in their capital stack 440% from one year to the next , demonstrating the need for those projects in the U.S. and the interest from overseas investors to be involved in these types of projects.

The EB-5 industry is still quite young. For most of the last 20 years, the program saw little use, but as EB-5 funding has become mainstream, the EB-5 project marketplace has grown more and more dynamic. For those not watching closely, emerging trends can be easy to miss.

Recently proposed legislation has driven projects to lean towards being more rural. With this type of push, the industry can only wonder what kind of impact this will have on the types of projects that are brought to the market from now on. 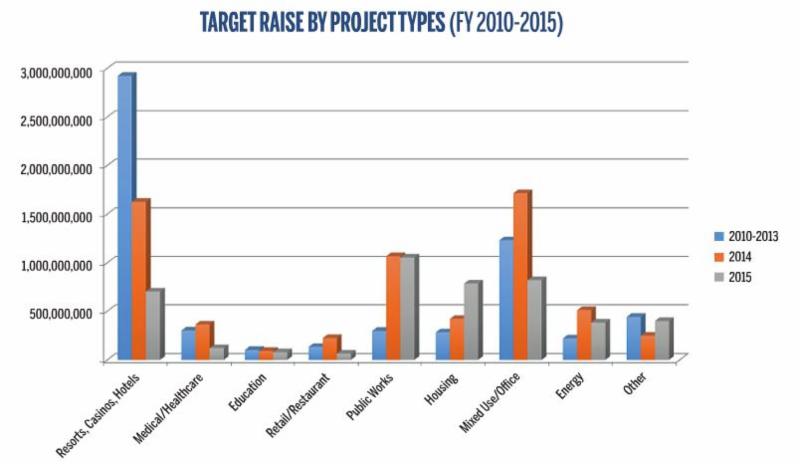