If you were amazed by the record-breaking amount of foreign direct in-vestment (FDI) con-tributed by the EB-5 Regional Center program (the “Program”) in the first quarter of fiscal year (FY) 2015, the latest data for the second quarter will knock you off your seat!

According to U.S. Citizenship and Immigration Services (USCIS), 1,978 I-526 petitions were approved in FY2015 Q2. With a nearly 20% growth from the last quarter, it accounts for over $980 million FDI injected in to various economic development projects that create American jobs. That is over $10 million in capital investment promoting regional development every single day in FY2015 Q2 – another record setting quarter.

The growth is even more significant when comparing year-over-year: 38% growth compared to Q2 in FY2014 and 137% increase compared to the same quarter just two years ago (Figure 1).

In addition, the latest I-526/829 datasets published by USCIS bring to light several data points that illustrate the latest EB-5 adjudication trends. These include: 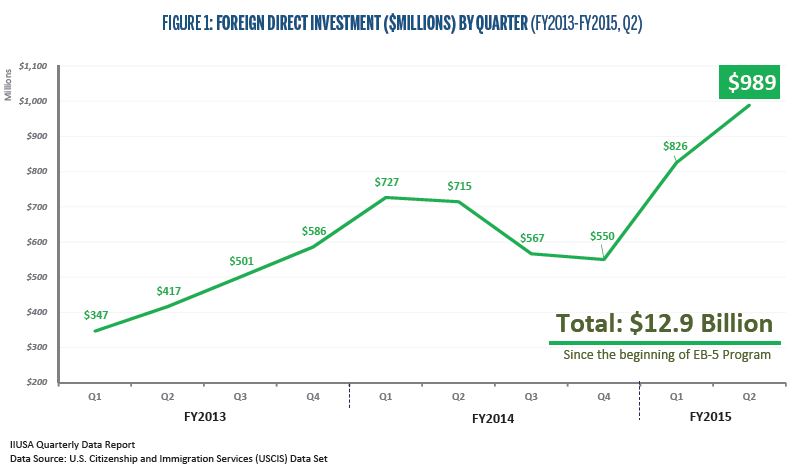 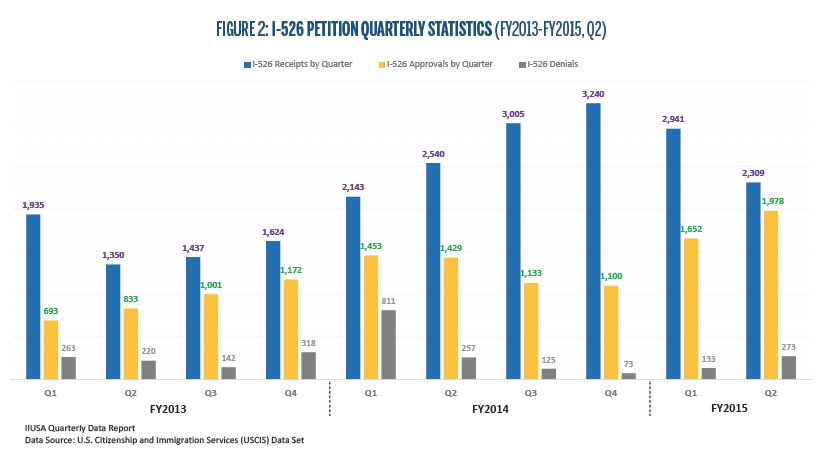 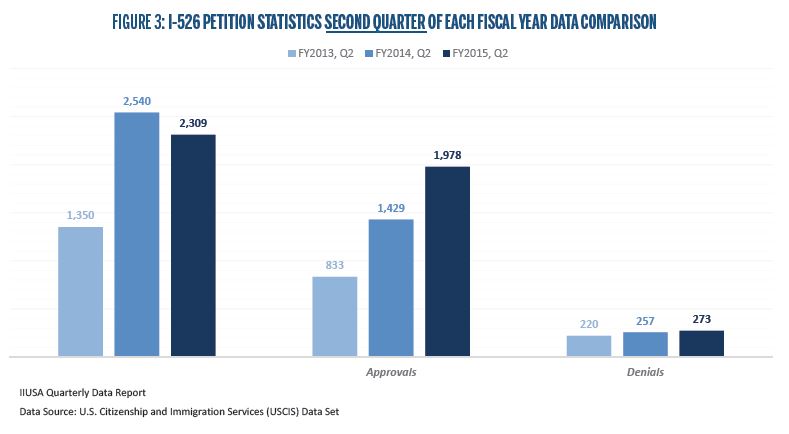 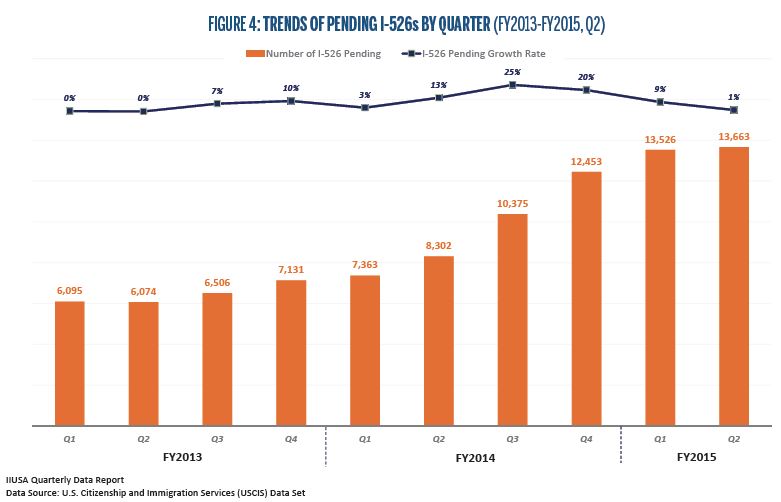 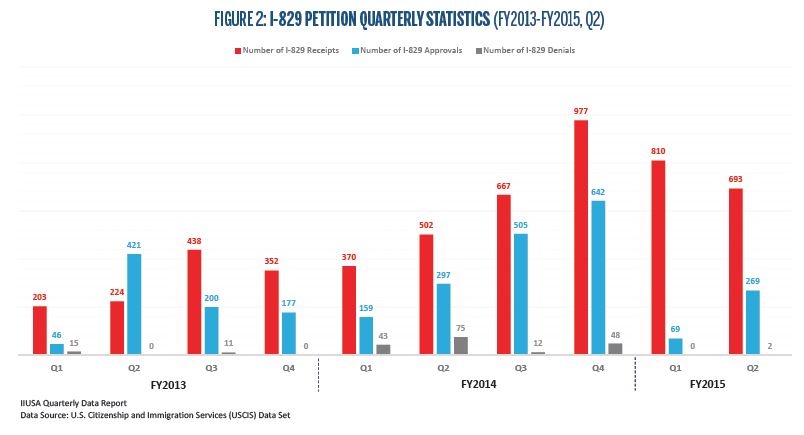 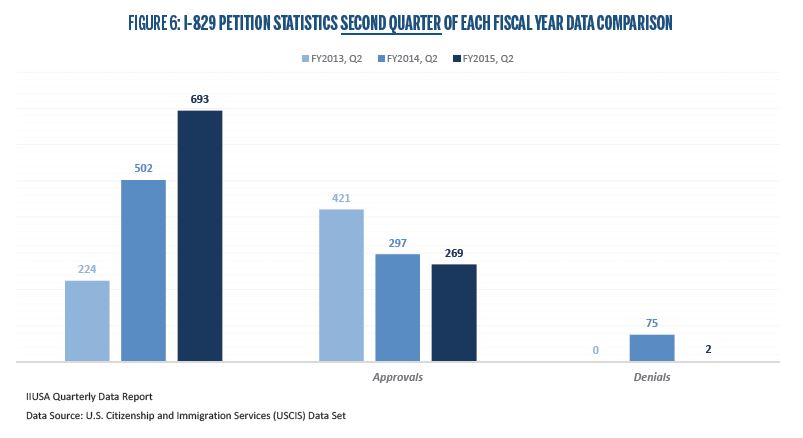 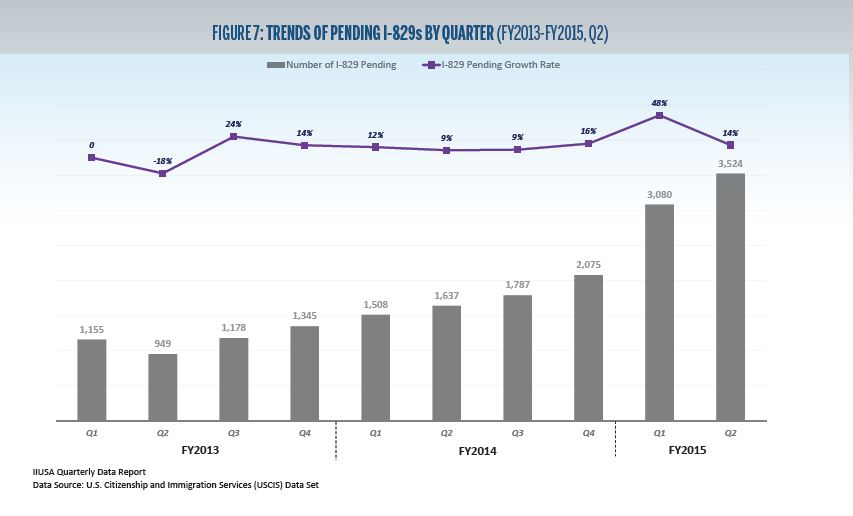 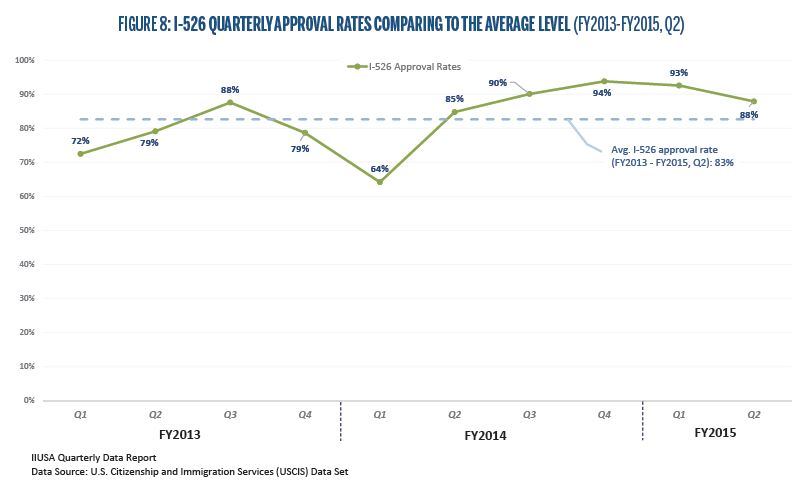