After experiencing unprecedented growth in fiscal year (FY) 2014, how will the EB-5 Program (“the Program”) perform in the new fiscal year?  The latest data published by U.S. Citizenship and Immigration Services (USCIS) have provided us a clear answer: the EB-5 Program is continuously growing and has contributed more than $820 million in pure foreign direct investment (FDI) to the U.S. economy within just one quarter. This is more than $9 million in capital investments injected into various projects that promote regional economic development every single day.

To illustrate the demand trends for the Program in a different perspective, Figure 2 compares the I-526 statistics in the first quarter of FY2013, FY2014, and FY2015. It shows the first quarter in FY2015 had the highest amount of both I-526 recipients and I-526 approvals with the least number of I-526 denials among the first quarters in the past three fiscal years.

Moreover, the I-526 data demonstrates another trend that the Program is fulfilling its commitment to promote economic growth in U.S. communities. Figure 3 shows that $826 million in FDI was generated by the Program in the first quarter of FY2015, which was a significant increase by $326 million from last quarter in FY2014. In addition, it is the great-est amount of capital that the Program has brought to U.S. economy within one single quarter since the Program started in 1990.

In the year-to-year comparison for the first quarter I-829 data from FY2013 to FY2015, Figure 5 indicates a substantial growth of the number of I-829 receipts, which indicates an increasing amount of EB-5 projects have not only successfully created sufficient American jobs year-to-year but also opened the door for foreign entrepreneurs to reach their dreams of immigrating to the United States.

Particularly, the Regional Center Designation Data Report provides valuable data points for EB-5 Regional Center stakeholders. Figure 8 illustrates that the average processing time of a Regional Center application has been decreasing from the peak of nearly 600 days in FY2011 to about 170 days in FY2014. Also, Figure 9 shows state of California ranks first in terms of Regional Center approved geography, to which 19% of all Regional Centers get approved to conduct business, while the second place is Florida. In addition, as Figure 10 in-dicates, 18% of all approved Regional Centers utilize the RIMS II economic model for their business. The complete report along with a substantial amount of well-organized data sets are available through IIUSA’s AAP. 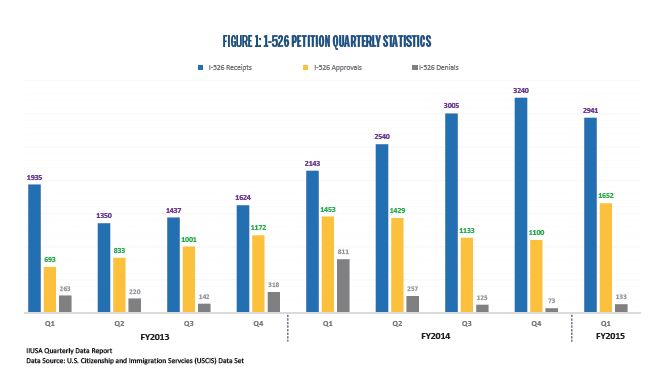 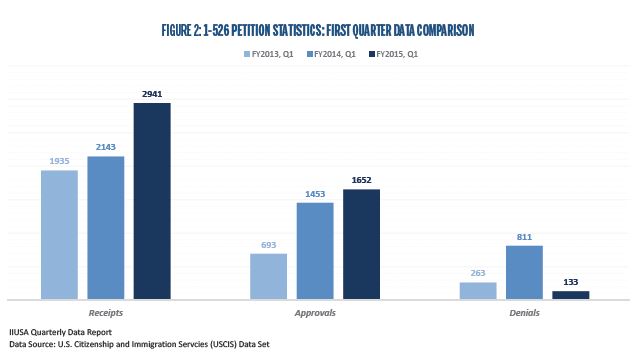 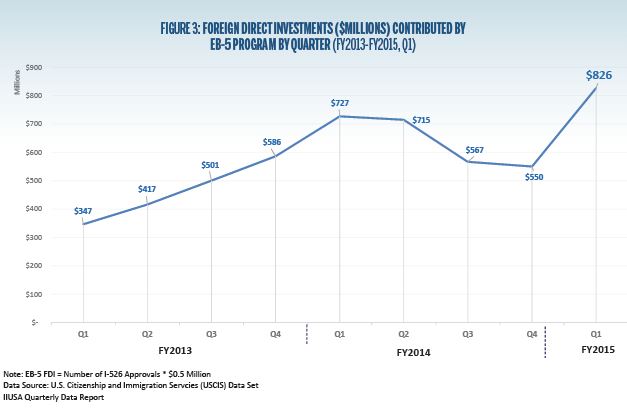 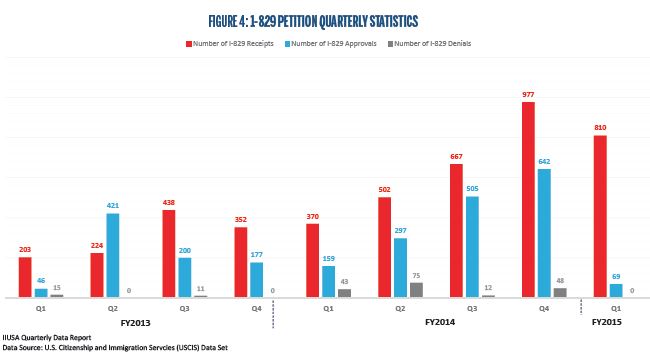 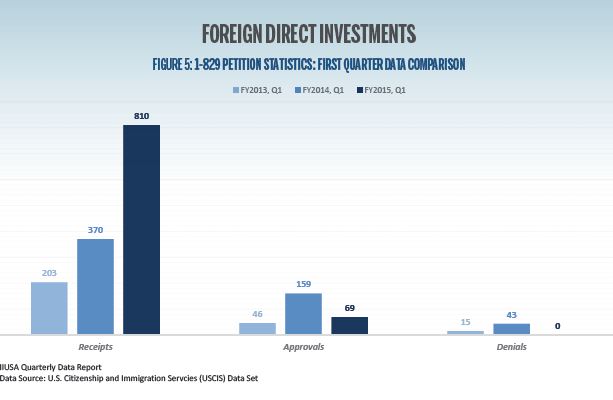 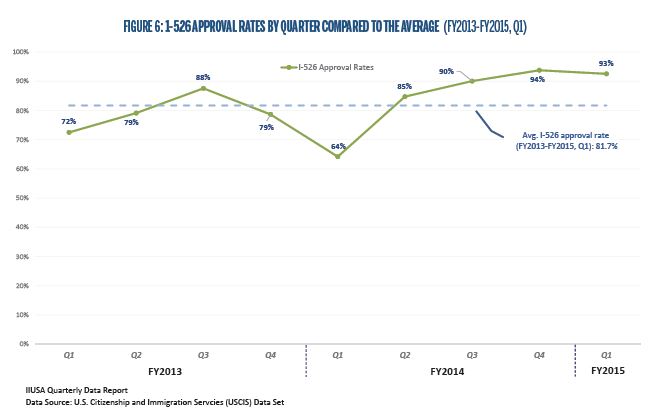 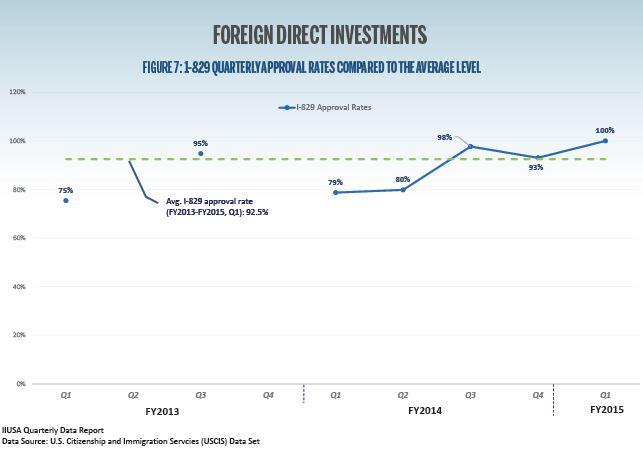 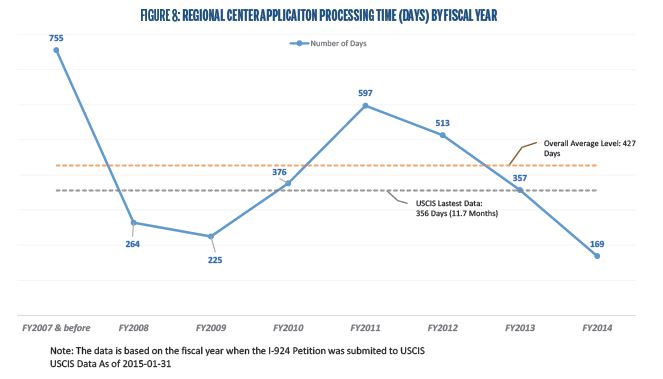 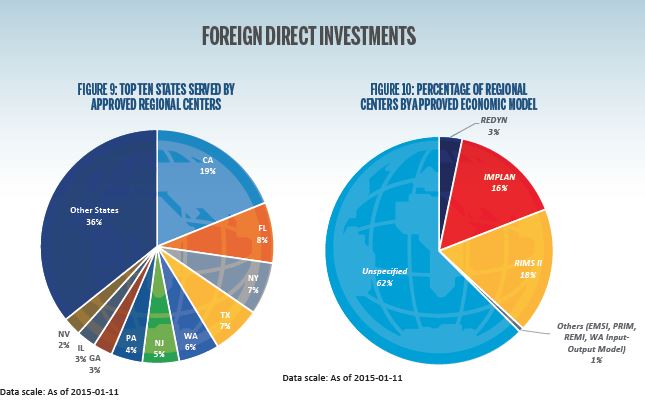