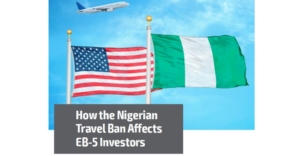 In February 2020, the Trump administration set into effect a travel ban for immigrant visa applications by 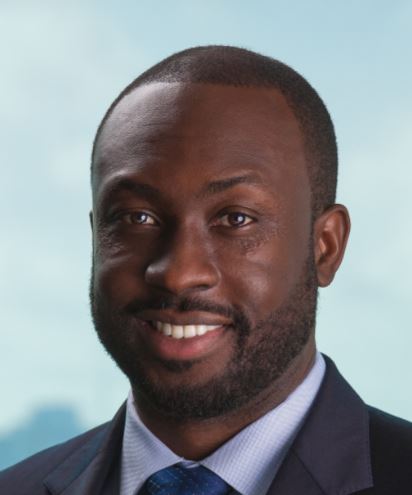 Nigerian nationals, along with nationals of five other countries. Although nonimmigrant visas such as visitor visas, student visas, and other work permit visas are still permissible, the EB-5 immigrant investor visa is not to be issued at a U.S. Consulate to a Nigerian national until the policy is reconsidered by October 1st later this year.

Approximately 30% of Houston EB5’s investor database consists of Nigerian nationals. Most Nigerians were blindsided by the recent travel ban since Nigeria is Africa’s largest economy and the second largest trading partner to the U.S. in all of Africa. Although each case is different and Regional Centers and their investors should always consult with their legal counsel first, Regional Centers should communicate the details and realities of this ban with current and prospective EB-5 investors.

If an investor chooses to continue course with his/her investment with the optimism that the ban will not remain in place by the time an immigrant visa interview is scheduled at a U.S Consulate, then filing his/her I-526 petition with USCIS will preserve his/her place in line for adjudication. In select cases involving an investor whose I-526 petition approval comes when the investor is already physically present in the U.S. lawfully, there may be the option of adjusting status without returning to the U.S. Consulate for an immigrant visa, thereby avoiding the travel ban entirely. If adjustment of status is not an option, and if the travel ban still exists, then a waiver is likely to be necessary for the Nigerian EB-5 investor.

Below is a list of exemptions and waivers to the travel ban that could be applicable to some investors. The ones in bold are most likely to be helpful to Nigerian investors.

Exemptions: The travel restrictions in the proclamation do not apply to:

Waivers: A waiver may be granted if a foreign national demonstrates to the consular officer’s or CBP official’s satisfaction that:

A waiver issued by a consular officer shall be valid for both the issuance of the visa and for any subsequent entry on that visa.

Waivers may not be granted categorically but may be appropriate in the following situations:

We at Houston EB5 are optimistic that Nigeria will take the steps needed to remove itself from U.S. visa restrictions that were imposed in February. In a meeting in February between Secretary of State Mike Pompeo and Nigerian Foreign Minister Geoffrey Onyeama, Onyeama said, “We have identified all those requirements, we had actually started working on all of them.” He said Nigeria was close to creating an information-sharing mechanism that would meet the criteria for passport security and the sharing of criminal and terrorism information.

“We hope to have that up and running very soon and no longer running through third parties,” he said. “Hopefully once that has been achieved, we look forward to being taken off this visa restriction list.” At this same meeting, Secretary of State Mike Pompeo said he’s optimistic that Nigeria will take the steps needed to remove itself from U.S. visa restrictions that were imposed. Based on that optimistic assessment, we believe investors with recently-filed or soon-to-be-filed petitions will not be severely impacted by the Travel Ban.