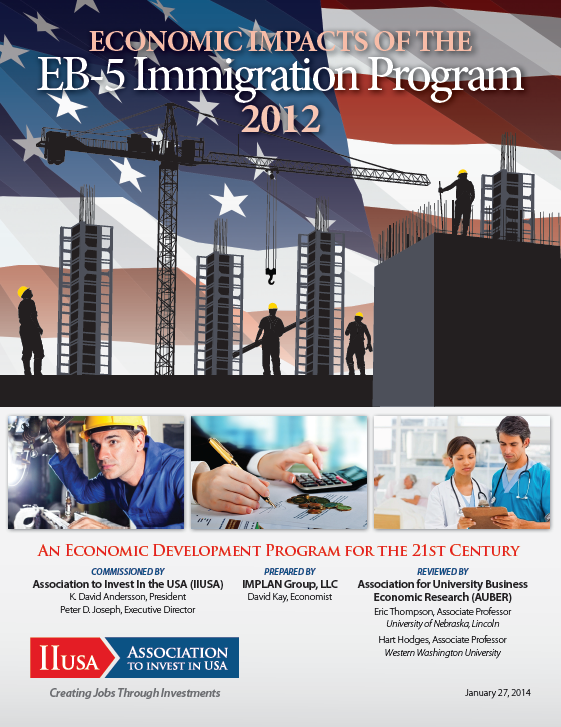 The Economic Impacts of the EB-5 Program in 2012 Report, the most comprehensive EB-5 study in the marketplace, can be purchased exclusive from the IIUSA Marketplace for $99 (Members earn 50% off with access code)

Key findings of the report include: