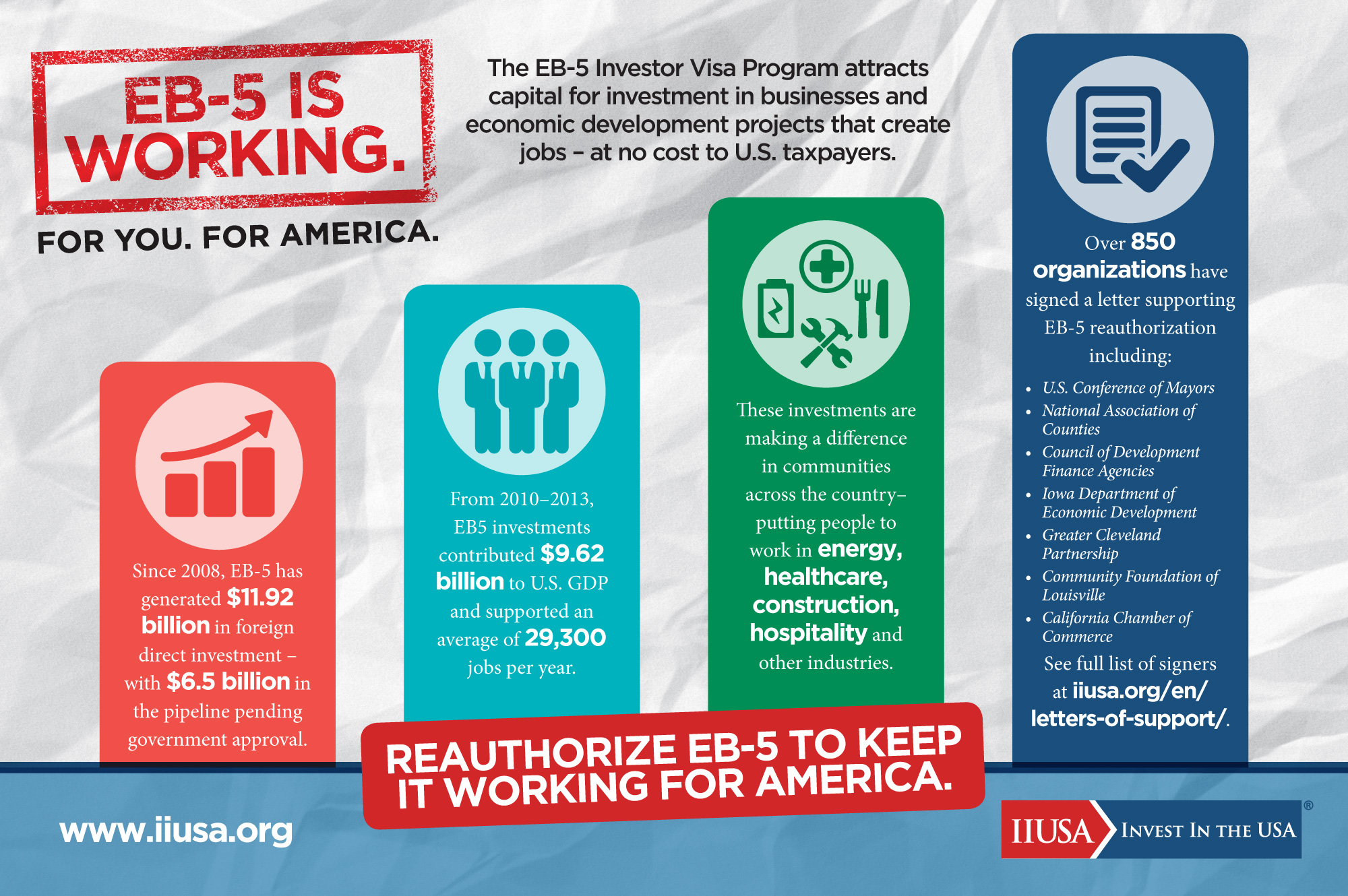 WASHINGTON–(BUSINESS WIRE)–Invest in the USA (IIUSA), the national not-for-profit industry trade association for the EB-5 Regional Center Program (the “Program”), delivered its “EB-5 is Working” letter to Congress signed by more than 875 organizations supporting reauthorization of the EB-5 Immigrant Investor visa program. Unless Congress passes reauthorization legislation, the program will expire on September 30.

“The more than 875 organizations signing on to IIUSA’s letter of support for EB-5 reauthorization highlights the vital role that the EB-5 Regional Center Program plays in economic development across the country. EB-5 investments support job creation in sectors ranging from healthcare to construction to energy production. Reauthorization before September 30 is critical to maintain confidence in the program that is on track to generate $4 billion in investments this year,” said Peter Joseph, executive director of IIUSA.

Congress created the EB-5 program in 1990 to benefit the U.S. economy by attracting investments from qualified foreign investors. Under the program, foreign nationals who invest a minimum of $500,000 in a business or project that creates at least 10 jobs becomes eligible for a green card.

According to IIUSA’s comprehensive peer-reviewed economic impact report, investments made through the EB-5 Program in FY2013 contributed $3.58 billion to U.S. GDP and supported over 41,000 U.S. jobs – at no cost to the taxpayer. Close to $3.25 billion in EB-5 investments has been raised in the first three quarters of FY2015, and there is over $6.5 billion in investment waiting in the pipeline pending government approval.

To read the full text of the letter and list of signatories go to www.iiusa.org/en/letters-of-support.

Invest in the USA (IIUSA) is the national not-for-profit industry trade association for the EB-5 Regional Center Program, Representing over 280 federally designated EB-5 Regional Centers. Approximately 95 percent of all capital raised through the EB-5 program is raised in affiliation with IIUSA’s members.