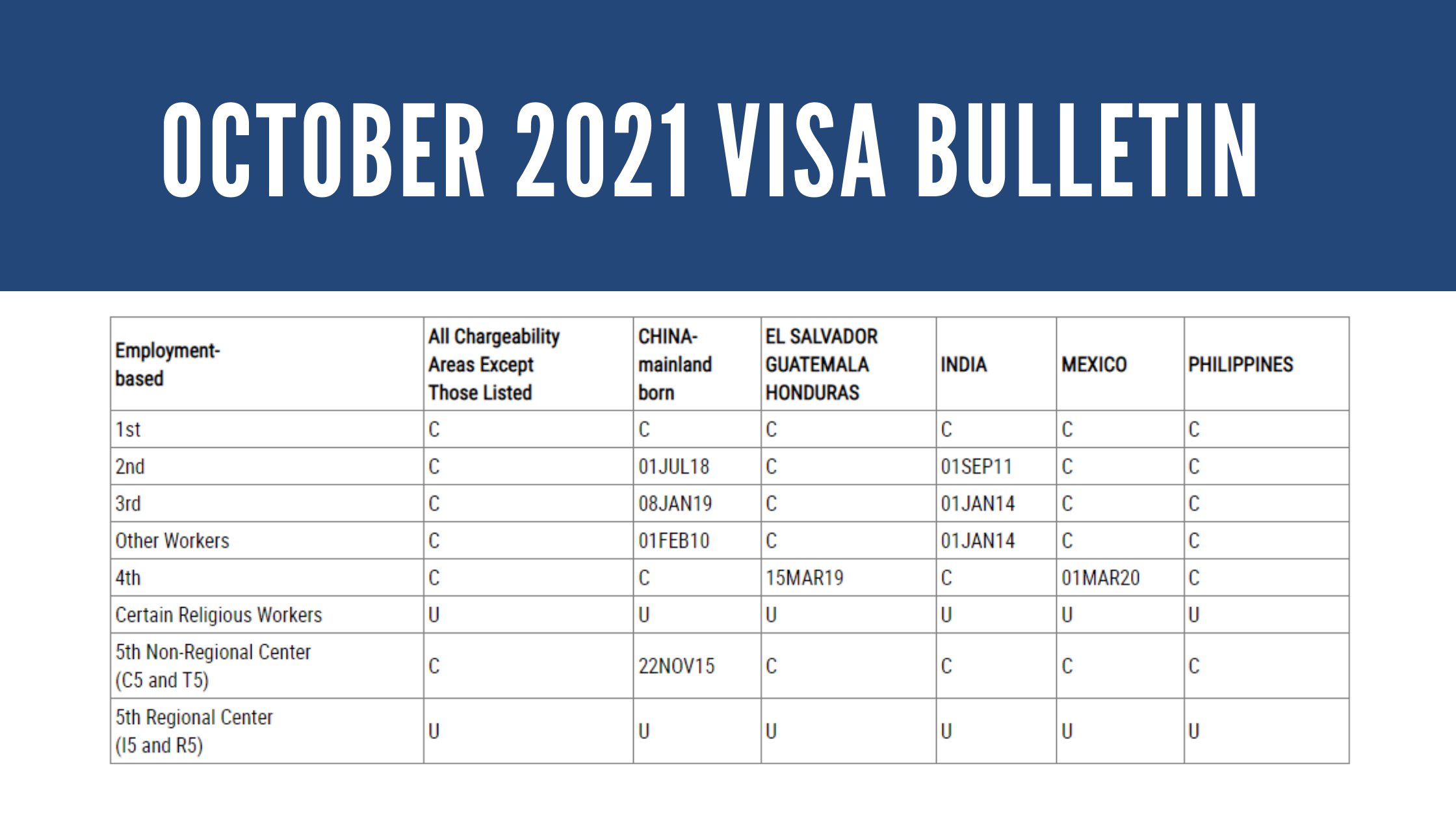 The U.S. Department of State has published the monthly Visa Bulletin for October 2021, unveiling new cut-off dates for EB-5 visa applicants from backlogged countries for the upcoming month.

Despite the fact that October marks the beginning of a new federal fiscal year that comes with new visa allocations, EB-5 final action dates on the October Visa Bulletin remain the same as they are in September largely due to the lapse of the EB-5 Regional Center Program.

The October Visa Bulletin also shed some light on the visa availability in the coming months, indicating that the EB-5 cut-off dates are going to remain “current” for all countries other than China, while any forward movement for Chinese EB-5 visa applicant would be unlikely in the next few months.