Member Perspective: “They Call me the Seeker” – Making Sense of Proposed Revisions to the Finder’s Exemption in EB-5 Offerings 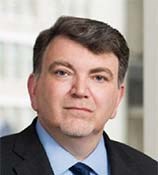 Bob Cornish is a partner in the Washington D.C. office of Anderson Kill. He focuses his practice on assisting innovators in the global financial, immigration investment and digital assets markets in regulatory, compliance, corporate and litigation matters.

Without a doubt, almost every EB-5 Regional Center operator or developer has been presented with the conundrum of that individual who has searched low and high for those investors they desire, has located them but lacks any license for the receipt of transaction-based compensation. Often in response, attorneys who have counseled participants in the EB-5 industry in such instances ironically revert to Paul Anka and a progeny of related SEC No-Action guidance. More often than not, the finder and the EB-5 industry professional find themselves echoing one of the final refrains of Pete Townsend’s classic rock anthem “The Seeker” – each are looking at each other and don’t know what to do – that is, when it comes to getting an agreement that works on paper and in practice.

Who else but today’s SEC now wishes to substitute the patchwork of finder’s interpretations with a proposed exemption to the registration requirements of Section 15(a) of the 1934 Act, all in support of objectives to facilitate capital formation. See https://www.sec.gov/rules/exorders/2020/34-90112.pdf.

The SEC’s proposal would create two types of finders, both of which appear to be of limited use in the context of EB-5 offerings:

Tier I finders would be limited to providing the contact information of potential investors in connection with a single transaction by a single issuer within a 12 month period and may not solicit investors on behalf of an issuer. This proposal does not cause a big sensation or sea change to current practice, as it essentially codifies the SEC’s often criticized guidance in its much-maligned Paul Anka No-Action Letter, 1991 SEC No-Act. LEXIS 925 (July 24, 1991). More or less a safe-harbor for mailing lists providers to the EB-5 industry, assuming the list is constructed without indicia of solicitation. The 12 month limitation would appear to work in tandem with SEC guidance on offering integration, to the extent it might apply to an issuer. This could be problematic for developers with common control over more than one project being offered simultaneously.

Tier II finders would be permitted to solicit investors, but their activities would be limited to:

A Tier II finder would need to satisfy disclosure and recordkeeping requirements, and the arrangement would be required to be documented in an agreement.

The finder would not be permitted to:

Issuers eligible to hire a finder would be those, among others, engaged in an exempt offering not involving general solicitation under Rule 506(c). The proposed exemption would apply only to natural persons, and not to entities. The utility of this proposed exemption initially appears quite useful, but a look in the mirror tells a different story. In dealing with immigration agents and other intermediaries outside of the United States, such persons would be prohibited from handling “funds,” which could arguably include administrative fees. Such individuals in practice also would tend to discuss their views of the actual offering with investors, which would render this exemption useless. This also must be viewed in the context of the prohibition of sales materials preparation. Would translation be included in this definition? Would the prohibition on due diligence preclude a finder from obtaining a prepared report or analysis? Equally important would be the willingness of individuals who are finders to submit to potential SEC scrutiny without the protection of a corporate veil while subject to OFAC, foreign currency transfer controls and bad actor prohibitions.

The proposed finders’ exemptions are not in effect, and the SEC is seeking comments on whether the exemptions address the issues they are intended to remedy, including harmonization with competing state securities regulations and with Regulation S (see footnote 95 to SEC proposal). Parties that approach EB-5 market participants to engage in finders’ activities with these recent proposals as a substitute for current regulatory guidance are to be viewed with requisite suspicion. EB-5 industry participants who have finders’ agreements in place are advised as 2020 comes to a close to review them, as well as other marketing contracts as part of a year-end compliance review with the assistance of objective third-parties to confirm that such arrangements are being followed to the letter. If history has taught the EB-5 industry about the SEC and its continuing efforts to its surveil marketing conduct, it is safe to say that those who enforce the securities laws won’t get fooled again.