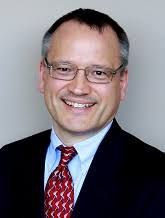 Mr. Weber is the Co-founder of and Partner at Peng & Weber, PLLC in Mercer Island, WA.

Below are highlights and supplemental analysis of major topics discussed during the two-part webinar.

Visa Usage During Remainder of FY2020

Mr. Oppenheim addressed pre-webinar questions from the panelists and other IIUSA members and also answered a few questions from panelists during the transition between the two parts of the webinar. A general takeaway from his presentation is that many factors could affect the usage of EB-5 visas during the remainder of FY2020 and throughout FY2021. Unlike in years past, COVID-19, executive orders, and other issues have made it much more difficult for him to provide more concrete estimates of what to expect in the near future. He also explained the delicate balance of trying to ensure that visas are properly allocated while avoiding large swings in the Visa Bulletin’s cut-off dates near the end of a fiscal year.

Subject to some potential adjustments, the Immigration and Nationality Act (INA) anticipates the usage of 9,940 EB-5 visas per year. During a presentation in the October 2019 IIUSA Industry Forum in Seattle, Mr. Oppenheim estimated that such adjustments will cause approximately 11,000 EB-5 visas to be available for FY2020. Citing COVID-19 and related factors during the recent webinar, however, he noted that only about 4,500 had been used so far this fiscal year.

FY2020 ends September 30, 2020, so only about 30% of FY2020 remains, creating a real possibility of some of the remaining 6,500 FY2020 EB-5 visas not being used by EB-5 based green card applicants. Technically, if EB-5 visas are not used in time for the EB-5 category, those visas will instead be allocated to other employment-based categories this year, and if not used in those categories then ultimately reallocated to FY2021 family-based categories. FY2020 EB-5 visas are therefore “use or lose” as far as the EB-5 industry is concerned.

Mr. Oppenheim estimated that about 3,000 China-born EB-5 visa applicants are currently eligible, but he also mentioned that the consulate in Guangzhou might have difficulty moving quickly enough to process them all this fiscal year. He also pointed out that a significant number of additional EB-5 visa applicants could potentially become eligible but have been slow in submitting the documentation needed to become documentarily qualified for a visa. In response to a separate question, he pointed out that the required “payback” of EB-5 visas related to the Chinese Student Protection Act of 1992 would be complete by FY2021. The completion of that payback will mean an additional 700 EB-5 visas will be available each fiscal year going forward.

Although Mr. Oppenheim previously estimated in October 2019 that an India-born EB-5 investor investing at that time would be expected to face a significant visa backlog, he stated in Tuesday’s webinar that the Final Action Date for India-born EB-5 visa applicants is likely to remain current for the remainder of FY2020.

Although Mr. Oppenheim did not explain the basis for this prediction, it is important not to assume that the previously predicted backlog for India-born EB-5 investors has somehow disappeared. Instead, one or both of two things might be occurring. First, the Immigrant Program Office (IPO) is taking so long to adjudicate I-526 petitions that an insufficient number of India-born investors will be able to file and receive approval of an immigrant visa application or adjustment-of-status application before the end of FY2020. Second, if EB-5 visa numbers would otherwise go unused in FY2020, then the INA allows those visas to be used by any EB-5 investor or family member legally eligible to receive one, irrespective of the 7% Per-Country Limit.

Conceptually, although the INA imposes certain rules affecting the order in which applicants competing for the same visa may be granted one, the INA also allows those rules to be overridden to prevent the available visas from going unused—essentially wasted—for that category during a fiscal year. Given the two possible factors, FY2020 could be anywhere between heaven or hell for India-born investors. If the IPO processes I-526 petitions fast enough, such investors might be able to apply for and receive a conditional green card this fiscal year despite otherwise being restricted by the 7% Per-Country Limit during a more typical fiscal year. On the other hand, if IPO processes such I-526 petitions too slowly, then the FY2020 EB-5 visas effectively going to waste would also include visas that would have rightfully gone to India-born investors this fiscal year.

The same could be true of any Vietnam-born EB-5 visa applicants. If they are otherwise legally eligible before FY2020 closes its doors, the INA will allow them to apply for or receive their green cards during this fiscal year if doing so would prevent such EB-5 visas from being reallocated elsewhere.

China-born EB-5 visa applicants, or more likely I-485 adjustment-of-status applicants, might also be approved in FY2020 for someone with a much more recent priority date than those who have waited much longer—again, just to prevent the visas from going unallocated in the EB-5 category this fiscal year.

Likely more important than the potential for FY2020 EB-5 visas going unused by EB-5 visa applicants, Mr. Oppenheim mentioned that in FY2021, EB-5 and other employment-based visa categories will almost certainly receive substantially more visas than normally allowed. In other words, the EB-5 category might gain more visa numbers in FY2021 than it loses in FY2020. It is also possible that EB-5 does not lose any visa numbers in FY2020, but consular posts and USCIS would have to move promptly to prevent such losses.

The optimism for FY2021 stems from the fact that the drastic slowdown in EB-5 visa issuance this year is also occurring in other immigrant visa categories, including family-based visas, and the INA has a “pour over” provision under which unused FY2020 family-based immigrant visas would automatically be reassigned to the FY2021 employment-based quota. Mr. Oppenheim’s estimate—an “absolute minimum”—was 60,000 extra employment-based visas for FY2021. Under the INA, 7.1% of these visas (approximately 4,200) would be allocated to the EB-5 category.

The Lower End Could Still be Detrimental.

Taking the upside and the downside together, FY2020 could lose a maximum of 6,500 EB-5 visas if the government did not adjudicate a single additional EB-5 visa application or adjustment-of-status applications over the next several months but could gain at least 4,200 FY2021 visa numbers in return. That is the most pessimistic end of the spectrum of possible outcomes.

The Upper End Could be Very Good…

The reality is likely to be much more positive. First, there are still three months left in FY2020, and the consulates are reopening; also, USCIS is still operating, so someone with an approved I-526 petition may be able to file an I-485 adjustment-of-status application if already residing in the United States even if the consulates continue to process much slower than normal. Second, as Mr. Oppenheim noted, his estimate of at least 60,000 unused FY2020 family-based visas being automatically reassigned to the FY2021 employment-based visa categories was very low, implying that the actual number could be much higher than that.

As just one example, the Administration’s executive order banning issuance of most green cards, including most family-based categories, over a two-month period virtually shut down green card processing overseas, but the ban is rumored to have also been fully or partially implemented at USCIS within the United States as well. Given there are 480,000 family-based immigrant visas per year, the average monthly processing would be approximately 40,000. If family-based green card processing were completely shut down during those two months, that would cause 80,000 family-based visas not to be issued during those two months. (It could be that Mr. Oppenheim’s conservative estimate of 60,000 mentioned above may be considering that despite the two-month ban, up to 20,000 family-based visas might still be processed under the exceptions listed in the executive order establishing the ban.) Further, given the Administration’s general push to slow down immigration, especially in the family-based categories, it seems unlikely that green card processing was very fast before the two-month executive order or that it will move very quickly during the remainder of this fiscal year.

In addition, U.S. Department of Homeland Security is already reaching out to Congress for additional funding to prevent the need to furlough USCIS employees. Such furloughs, if they occur, could further reduce the number of family-based visas issued in FY2020.

At the outer bound of possibilities, EB-5 might even receive double the normal number of visas in FY2021.

If one further assumes that the Administration is unlikely to issue these family-based visas any faster than it does in a normal year (i.e., at the pace of about 40,000 per month), then during the approximately 3.5 months remaining during this fiscal year the government would process only approximately 140,000 more family-based visas by the end of FY2020, which would result in a total of 336,000 family-based visas being issued this year. Subtracting this from the annual total of 480,000 yields about 144,000 unused FY2020 family-based visas, which is more than the annual quota allowed for all employment-based categories in a normal year. If this happens, then FY2021 might see—on a one-time basis only—an extra 10,000 or more visas available to the EB-5 category.

But So Many Moving Pieces

Before assuming that such facts will align this way, it is important to consider that this is just a possibility, not fact. Nobody will know for sure how many extra visas the employment-based categories will receive in FY2021 until it is known how many FY2020 visas ultimately go unused. In addition, there still might be a substantial offsetting loss of EB-5 visas in FY2020. Despite EB-5 having been exempted from the face of the executive order, anecdotal evidence suggests that U.S. consulates have not been aggressively adjudicating EB-5 visa applications during the ban. (USCIS, however, seems to have still been approving some EB-5-based I-485 adjustment-of-status applications.) Ultimately, although the range of possible outcomes is quite broad, the expected value is at least moderately positive.

Redeployment in Light of $900,000 Minimum Investment Amount and COVID-19 Impacts

The panel discussed the challenges and potential opportunities regional centers might see with the new $900,000 minimum investment requirement for TEAs and the general slowdown of the U.S. and world economies—and of government processing speeds—stemming from the COVID-19 pandemic. The glacial speed of I-526 petition processing and the national and international impact of the COVID-19 pandemic have created a difficult operating environment for regional centers in obvious ways.

A less obvious impact of the general slowdown, though, is the additional care regional centers must provide in terms of both communicating with each project’s borrowers and EB-5 investors and trying to provide reasonably workable redeployment strategies given that all the uncertainties discussed above have made it much more difficult to predict exactly how long the funds might need to be redeployed for a specific project’s investors. The longer it takes for the worldwide EB-5 market to recover, the shorter the required redeployment period, because the smaller number of worldwide EB-5 visa petitions will increase the number of “leftover” EB-5 visas available to the China-born visa applicants who have been waiting in line the longest, which eventually will shorten the time a project will need to redeploy funds to protect their investors’ immigration paths.

Finally, the panel discussed the new TEA rules and how they affect Regional Center analysis of potential projects. The panel also discussed the lack of clarity in the USCIS regulations and policy guidance on these issues. Similarly, the panel examined how COVID-19 presents opportunities and challenges in selecting the underlying government jobs data when trying to demonstrate that a particular location qualifies as a high-unemployment TEA.

Despite the uncertainty and challenges caused by the implementation of the new regulations and the $900,000 minimum investment requirement, as well as the existing and expected challenges that COVID-19 is creating in the United States and worldwide, some positive elements may emerge from this challenging period, especially in the possibility of a substantial one-time boost in EB-5 visa numbers during FY2021.