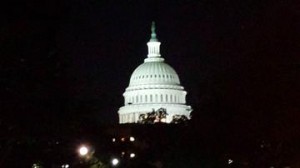 On December 24, The Hill, a Washington D.C.-based newspaper and website written for and about Congress, published an Op-Ed piece by IIUSA Vice President Robert C. Divine debunking myths about the EB-5 Program that had been perpetuated by a few members in Congress during the lead up to Senate confirmation of former USCIS Director Alejandro Mayorkas as Deputy Secretary of the Department of Homeland Security. Below is the article in full.

Senate consideration, and subsequent approval, of USCIS Director Alejandro Mayorkas’ nomination to a higher position at the Department of Homeland Security gave rise to increasingly hyperbolic innuendo about the EB-5 immigrant investor visa program.  As someone who served in senior positions at the U.S. Citizenship and Immigration Service and represents a variety of program stakeholders, I’d like to set the record straight about the EB-5 program — separate and apart from the nomination, which I personally support.

Under EB-5, a program created by Congress with broad bipartisan support, foreign nationals who invest between $500,000 and $1,000,000 dollars in approved U.S. businesses are eligible for permanent residency if the U.S. government confirms that their investment created at least 10 American jobs.  A comprehensive peer-reviewed economic study found that, from 2010-2011, EB-5 investments contributed $2.2 billion to U.S. GDP and supported over 28,000 jobs – at no cost to taxpayers.   Preliminary 2012 data shows continued growth, with the amount invested topping $2.5 billion and over 33,000 jobs supported.

Look behind that data and you see that EB-5 capital has been a critical source of funds for name-brand projects like California’s San Bernardino Airport and adjacent business development and the booming Philadelphia Navy Yard.   Over the last five years, with commercial lending at a standstill, EB-5 capital filled the gap to fund nearly every major U.S. hotel project, as well as smaller, job-creating projects ranging from senior housing in Washington State and Florida, to a pioneering charter school focused on health care training in upstate New York.

Many EB-5 Regional Centers, which account for more than 95 percent of EB-5 capital and are subject to government approval and oversight, work closely with regional economic development agencies to direct funds to high-impact projects.  In fact, a number of Regional Centers are partnerships with municipal governments.  And, the U.S. Conference of Mayors recently endorsed permanent authorization of the regional center program, noting that EB-5 has become a vital source of urban redevelopment funds.

Contrary to recent criticism, the program requires rigorous vetting to ensure that investors do not pose either a law enforcement or national security threat before they are granted a visa.  This starts with USCIS scouring the path of funds flowing into U.S. investments, tracing the money back to the source to ensure that it was earned legally.

This vetting is on top of background screenings required by USCIS and the State Department, which are the same for EB-5 investors as for applicants in any other visa category.    Every immigrant in every family and employment based category, including EB-5, completes the same visa or adjustment of status application, providing information that the U.S. government has long determined to be sufficient.

Some applicants will receive greater scrutiny, and individuals deemed to be a danger to the United States can and should be found inadmissible – whatever the visa category.

In fact, in my view having served as chief counsel and acting director of USCIS, EB-5 investors and their families, which account for only 7 percent of employment-based visas and 1 percent of permanent visas overall, are more carefully scrutinized than applicants in other visa categories. From a national security standpoint, detailed proof of a legal source and path of funds is more meaningful evidence than the sponsorship of a family member or a prospective employer, educational credentials or work history.

There is no doubt that this is a complex program requiring an equally complex and time-consuming analysis and approval process. Recognizing this, USCIS has made significant operational changes.  A new, dedicated program office – now led by a former director of the Treasury department’s Financial Crimes Enforcement Network – opened in May, staffed by more than 20 economists along with experts in business, immigration, fraud detection and national security. Interagency cooperation among USCIS, the SEC, FBI, and U.S. intelligence agencies related to reviewing EB-5 applications is the strongest I’ve seen and critical to addressing national security concerns.

These are the facts.

Simply put, the EB-5 program is complex, and the agency has taken commensurate steps to increase its expertise and enhance its systems.  Absolutely, the agencies charged with issuing visas must be vigilant against security threats, and EB-5 is no exception.

And, yes, some projects will fail.  By law, this program is neither a fast-track nor a guarantee.  EB-5 offerings are subject to the same problems that plague other investment vehicles – bad luck, poor planning or execution, and, in some circumstances, misrepresentation.  In these cases, investment funds are lost as is immigration status -both risks that the law requires, and all U.S. anti-fraud and securities laws apply.

Concern over investment failure and immigration security, or fundamental misunderstandings about a complicated program, should not throw a cloud over a program that fundamentally is working as intended.

Divine is an immigration attorney at Baker Donelson Bearman Caldwell & Berkowitz, PC, who served as chief counsel and acting director of USCIS during the Bush Administration.  He is the Vice President of the Association to Invest in the USA (IIUSA), a trade group representing EB-5 Regional Centers.