It has been an exciting and pivotal year for the growth of the EB-5 Industry and as December approaches, many of you will be filing your annual I-924A reports with USCIS. This is the third year that USCIS has required Regional Centers to submit the I-924A form and also marks the third year in which IIUSA will provide guidance through an instructional “workshop-style” webinar on the topic. IIUSA will also detail the findings of its analysis of 2011 and 2012 I-924A filings by Regional Centers and how the data has been utilized to generate the economic impact of the EB-5 Regional Center Program in IIUSA industry reports.

Today, let’s take a closer look at who will be guiding the upcoming webinar. 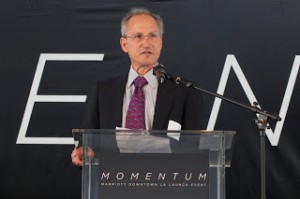 He was a founder of Northwest International Bank and served as its first Board Chairman. His experience in immigration law, finance, and real estate is both extensive and eclectic and provides particular value to American Life and its investors. Mr. Liebman serves as Director of Regal Financial Bancorp, Inc. Mr. Liebman served as a Director of Regal Financial Bank.

Among these distinctions, Mr. Liebman is frequently invited to speak on business and immigration topics at organizations throughout the Northwest and abroad. Mr. Liebman authored The Immigration Handbook which has been published in the U.S., Spain and The United Kingdom. Mr. Liebman graduated from the University of Washington in 1973, receiving a BA in Political Science. He received his JD from the Puget Sound School of Law in 1980.

Henry Liebman is the Founding Director of the Association to Invest in the USA (IIUSA) and currently serves as Director Emeritus. 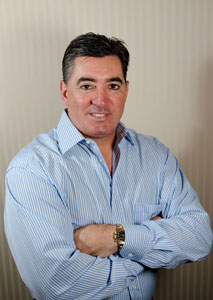 As the founder of the US Immigration Fund, LLC, Mr. Nicholas A. Mastroianni, II performs the necessary leadership to assure that the Regional Centers of USIF successfully perform their objectives. With decades of business experience and acumen, Mr. Mastroianni leads the development and attraction of quality projects into the USIF Regional Centers portfolio.

As the President and CEO of USIF, Mr. Nicholas A. Mastroianni, II negotiates the contracts and leads design for EB-5-funded projects, both residential and commercial. Mr. Mastroianni works closely with his staff around the globe to assure that Regional Center projects are well managed, create the proper number of jobs and ensure that immigrant investors receive their permanent green cards within the required timeframe.

Mr. Mastroianni has been recognized for his commitment to excellence in construction by the Association of Builders and Contractors (ABC) and was awarded the prestigious Excellence in Construction Award in 1998. Mr. Mastroianni served as Executive Vice President of the Rhode Island Chapter of the ABC and has been a member of the Association of General Contractors. He is active in charitable organizations and formed Charities for Children with Cancer (CCC), to which he has personally donated. Through his efforts, donations have been made to the St. Jude Foundation and the Make-A-Wish Foundation. Mr. Mastroianni has hosted numerous charitable events with prominent sports figures and political constituents to benefit these organizations. 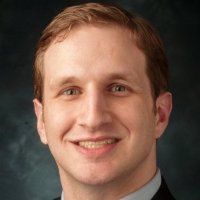 Since 2010, Peter D. Joseph has served as the Executive Director of the Association to Invest In the USA (IIUSA) — the national not-for-profit business trade association for a global investment industry that accounts for billions of dollars of foreign direct investment and supports over a hundred thousand American jobs annually (see: www.iiusa.org). He has worked for IIUSA since February 2008, was named Interim Executive Director in February 2010, and then Executive Director in December 2010. Formed in 2005, IIUSA represents the EB-5 Regional Center Program industry in government and public affairs through advocacy, research, and industry development.

Under his leadership, IIUSA continues to grow rapidly, while achieving advocacy, policy, and industry development goals and engaging actively in government and public affairs with an international reach. These efforts have built significant momentum for Congress to make the Program permanent and give it the certainty it needs to maximize its economic contribution to the U.S. Mr. Joseph received his M.S. from the DePaul University School of Public Service in Leadership and Public Policy in 2013, focusing his research on foreign direct investment, entrepreneurship, and economic oriented immigration policy. He received his B.S. from Ithaca College in 2007.

Join us on Tuesday November 19th at 1pm EST to engage with IIUSA to ensure your Form I-924A is accurately prepared for review by USCIS. Sign Up HERE.