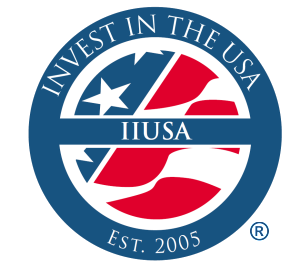 As the national trade association representing over 275 EB-5 Regional Centers, IIUSA welcomes the continued efforts by U.S. Securities Exchange Commission’s (SEC) to protect the integrity of the EB-5 Program (the “Program”) through enforcement actions and interagency collaboration with federal, state and international partners. The SEC’s latest EB-5 enforcement action against several related EB-5 projects in Vermont was the result of coordinated investigations that resulted in civil action being filed in Miami federal court in addition to state court in Montpelier, VT. It is important to let the U.S. legal system be allowed to work without public comment on the allegations.

Compliance with – and effective enforcement of – U.S. securities laws is as essential for the EB-5 Program as it is for any investment vehicle to maintain the confidence of all stakeholders (from investors to project developers and the often many organizations in between) and ensure that the Program continues to bring capital and job creation to American communities. Inter-agency oversight of the Program is needed to protect its integrity and this latest enforcement action demonstrates that federal authorities take the role of deterring non-compliance with U.S. securities laws seriously to ensure lawful capital raising activities are undertaken to contribute to economic growth and create jobs in America. Since 2008, the Program has contributed over $13 billion in foreign direct investment to the U.S. to create tens of thousands of American jobs at no cost to the taxpayer (with over $4 billion coming in 2015 alone).

IIUSA has a track record of working proactively to improve EB-5 Program integrity. We have worked cooperatively with Congress to support legislative enhancements, including recent and bipartisan, bicameral efforts in the current 114th Congress. IIUSA also has also worked cooperatively with the SEC and other regulatory agencies to strengthen, filing amicus briefs in support of earlier SEC actions that stepped in to protect investor funds from misappropriation by Regional Centers and/or affiliated entities. We also regularly provide our members with opportunities to hear from experts in securities and immigration law – including representatives from federal and state regulatory agencies — to better understand program requirements and support their compliance. In fact, at IIUSA’s 11th Annual EB-5 Advocacy Conference in Washington, DC next week the SEC, Financial Industry Regulatory Authority (FINRA), Municipal Securities Regulatory Board (MSRB), and North American Securities Administrators Association (NASAA) will jointly address over 350 EB-5 stakeholders in attendance (see: www.iiusa.org/2016).

In addition to our work with government stakeholders, IIUSA has also collaborated with cross-sector partners like the Council of Development Finance Agencies, U.S. Department of Commerce, staffs of several Governors, the National Association of Counties, U.S. Conference of Mayors and many other stakeholders to educate them on the EB-5 program and engage them as partners in deterring fraud and abuse. And, we have worked with leading members of Congress to develop legislation that will further enhance Program integrity and have supported legislative, regulatory, and administrative enhancements to EB-5 Program integrity – while also development and promoting ethical EB-5 business practices and self-regulatory policies.

As Congress works on legislation to reform the Program as part of its upcoming expiration date of September 30, 2016, IIUSA looks forward to continuing to provide comments on reform measures to strengthen government enforcement capabilities and oversight responsibilities, in addition to enhanced compliance requirements. It is imperative that EB-5 be reformed and reauthorized for the long term so it can continue to contribute billions of dollars of capital investment to the U.S. economy that support tens of thousands of American jobs annually.