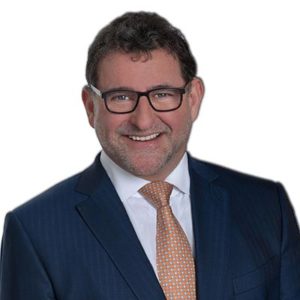 On July 24, 2019, the U.S. Department of Homeland Security (“DHS”) published a final rule in the Federal Register for EB-5 Immigrant Investor Program Modernization, which becomes effective 120 days from the date of publication, on November 21, 2019.  Although reforms to the EB-5 Program are needed, these regulations will hurt a U.S. job creation program because they fail to address some of the most pressing policy issues such as the massive visa backlogs, unacceptable waiting lines, and increasingly slow adjudications.  The regulations do little to “modernize” the EB-5 Program or assist U.S. companies to attract foreign investment.  Further, there are no integrity measures included to combat fraud.  It is incomprehensible to understand how a Republican Administration could undermine a successful jobs program while achieving nothing but restrictive Targeted Employment Areas (“TEAs”) and increasing the investment amount.  We can now only hope that the U.S. Congress does its job and passes a bill that makes the EB-5 Program sustainable, including reforms to resolve the absurd 15+ year visa waiting line for Chinese-mainland nationals.

Additionally, after 2.5 years of contemplation, DHS left important questions unanswered.  There is no mention of whether EB-5 projects that obtained exemplar approval prior to November 21, 2019 would be given deference for I-526 filings after that date vis-à-vis the credibility of a business plan or job creation methodology, although one can assume this is the case as there appears to be no eligibility changes in the final rule regarding compliance with 8 C.F.R. § 204.6(j)(4).  It appears the entire notion of an EB-5 project being pre-approved through an exemplar was forgotten.  The term “exemplar” only appears seven times in the final rule, and only in one substantive area, filing an exemplar – and waiting at least another two years for USCIS’ response – to obtain definitive certainty regarding TEA designation, which is not logical or commercially viable.

DHS rejected numerous comments and suggestions due to the fact that commenters “submitted no credible information or data to support [their] claim[s]” or that a “commenter’s assumptions are inadequately supported.”  Yet, at the same time, DHS notes that “it was not possible to predict the extent” of how “changes in the investment amounts may affect some regional centers” or how new TEA qualifications would impact the EB-5 industry: “Currently, DHS does not have reliable, statistically valid information from which DHS can more accurately estimate the share and number of projects and NCEs likely to be affected by the rule.”  So, in effect, DHS has rejected some claims based on no supporting evidence while creating new rules based on no supporting evidence.

After 29 years, the EB-5 Program does need modernization, and a critical aspect is to provide visa relief for foreign investors who have created jobs for U.S. workers.  While DHS cannot increase these numbers – only Congress can – DHS understands that visa waiting lines impact EB-5 demand more than increasing the minimum investment amount.  When responding to concerns about the increase to $1.8M, DHS noted that growing wait times for immigrant visas to become available for EB-5 petitioners may have a greater effect on demand than investment levels: “[S]ome prospective petitioners who might have foregone use of the program due to increases in the investment amounts would have already foregone use of the program due to overall waitlist issues.”  This is true for Chinese-mainland nationals who have historically been allocated the greatest supply of EB-5 visas, but for those from many other countries that don’t have a backlog, the increased investment amounts will certainly impact the ability to raise sufficient funds to invest for job creation purposes.   DHS also predicted that long visa wait lines could result in a “further decline to the point that total petitions filed each year may not even account for the 9,940 visas allocated.”

At a time when new I-526 filings are falling to record lows – back to 2010 levels – DHS’ response is to push through these regulations that will only hurt, if not destroy, the EB-5 Program.  This is not modernization or reform, merely a blatant attempt to shut the door to a job creation program that needed repair, not decapitation.

Bernard P. Wolfsdorf is the past National President of the 15,000-member American Immigration Lawyers Association (AILA) and is Managing Partner of the top-rated Wolfsdorf Rosenthal LLP immigration law firm. The firm is known worldwide for providing exceptional quality legal services. With over 80 professionals including 18 lawyers, and offices in Los Angeles, New York and Shanghai, the firm provides high-quality, excellent-value global immigration services. Mr. Wolfsdorf specializes in a broad range of immigration areas, including business and EB-5 investment visas and he also handles the full range of global immigration matters.