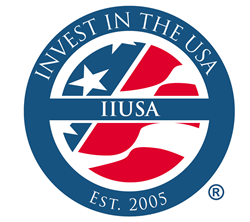 IIUSA has been hard at work encouraging lawmakers to come to consensus in reforming and reauthorizing the EB-5 Regional Center Program. While progress has been slow as a new Congress and Administration took office to start the year, in the last couple of months, key Congressional offices have circulated draft EB-5 reform and reauthorization legislation to diverse stakeholders for discussion and comment as detailed below.

At the end of April, Senate Majority Whip and Senate Immigration Subcommittee Chairman, Senator Cornyn (R-TX), circulated his own draft legislation to EB-5 stakeholders for discussion and comment, titled: EB-5 Immigrant Investor Visa and Regional Center Program Comprehensive Reform Act of 2017. IIUSA responded this week with comments on the draft legislation, finding narrow differences between draft bills on most issues and concluding a deal would be possible through consensus and compromise. View IIUSA’s letter to Senator Cornyn here.

Both letters were based on the IIUSA 2017 Policy Platform that resulted from an inclusive, deliberative, and transparent process involving diverse interests. Accordingly, the resulting comments incorporate insights from IIUSA’s Board of Directors, President’s Advisory Council, Public Policy Committee, full membership, and more. It is clear from IIUSA’s two letters of comment on legislation that a multi-year EB-5 reauthorization deal is within reach as long as diverse stakeholders remain committed to such an outcome of the legislative process.

With the next reauthorization deadline fast approaching (September 30, 2017), IIUSA continues to advocate and induce a viable legislative path forward that results in a multi-year reauthorization deal. Historically, the most contentious issue in negotiations have surrounded Targeted Employment Areas (TEAs). On this issue, IIUSA supports a meaningful price differential between TEAs and non-TEAs up to $200,000 and set asides in rural and high priority urban areas. IIUSA also supports defining a TEA as rural retaining the current definition, high priority urban defined as either contiguous and adjacent or up to 2 out of 3 high distressed New Market Tax Credit (NMTC) criteria, and includes infrastructure projects.

IIUSA has conducted comprehensive comparative research and analysis on how different TEA reform proposals would affect stakeholders that demonstrates the importance of reform that achieves the shared goal of providing effective economic incentives to drive investment into deserving areas while maintaining a healthy balance of market competition. View IIUSA’s Policy Analysis on TEA Reform: Policy Proposal Comparative Analysis by State.

With key Congressional offices talking on a weekly basis and a formal legislative introduction expected in the coming weeks, there will be another real chance to get a deal finalized before any detrimental regulatory changes may occur. Long-term reauthorization has the potential to be a stabilizing force for industry and we encourage you, IIUSA’s members, to continue contacting your legislators to tell them how #EB5isWorking.

If you have any comments or questions on legislative or regulatory proposals contact IIUSA’s advocacy team at advocacy@iiusa.org.