“If we are serious about economic growth, it is time to heed the call of business leaders, labor leaders, faith leaders, and law enforcement – and fix our broken immigration system. Republicans and Democrats in the Senate have acted. I know that members of both parties in the House want to do the same. Independent economists say immigration reform will grow our economy and shrink our deficits by almost $1 trillion in the next two decades. And for good reason: when people come here to fulfill their dreams – to study, invent, and contribute to our culture – they make our country a more attractive place for businesses to locate and create jobs for everyone. So let’s get immigration reform done this year.” 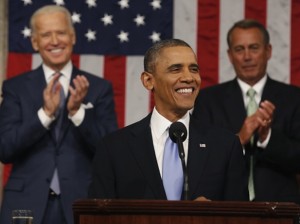 Immigration Reform a Priority in 2014

President Obama’s speech earlier this week indicated immigration reform was a priority in 2014, the second year of the 113th Congress.  With 2014 being a mid-term election year, the window for legislative action is likely small.  In June 2013, the Democrat-controlled Senate passed comprehensive immigration reform (S. 744).  Since then, the Republican-controlled House has taken up several immigration bills in committee, but none on the full floor for vote.  Republican leadership in the House has stated its intention of releasing a set of principles that will guide its piecemeal approach to reform.  Whether there is enough agreement in the Senate and the series of House legislation is to be seen.  This is as far as immigration reform has gotten in the U.S. political system in the better part of a decade, with both parties leaving the door open to reform.

S. 744 has several EB-5 related reforms included that would: make the Regional Center Program permanent, provide USCIS with more oversight tools including inter-agency collaboration guidelines, set a schedule for raising the minimum investment amount every five years, specifying target employment area guidelines, implement premium processing on certain petitions, .  Broader reforms to the employment-based (EB) immigrant visa categories would enhance the capacity for the Program’s economic impact by: eliminating per-country caps, recapturing unused visas from previous years, and only counting the principal applicant towards to the visa cap.  These reforms are essential for the EB-5 to maintain its growth trajectory.

In first month of 2014, IIUSA continues to do its part in advocating for immigration reform and enhanced legislation on behalf of the EB-5 Regional Center industry.  As detailed in the next section below, the next chapter of our economic impact reports will be published next week, detailing the robust economic contribution the Program made in 2012.  From the little data we have collected thus far in 2013, the Program experienced record demand for yet another consecutive year.

In order to safeguard these contributions to the U.S. economy for years to come, Congress needs pass legislation that maximizes the EB-5 Program’s capacity, especially in the face of growing competition from immigrant investor programs from countries around the world.  The IIUSA Board of Directors, staff, and relevant committees have been diligently communicating with immigration policymakers in DC to advocate IIUSA’s priorities of a permanently authorized program with a maximized capacity economic impact with a commercially viable processing system at the federal government that emphasizes predictability – an absolute essential to a capital market.