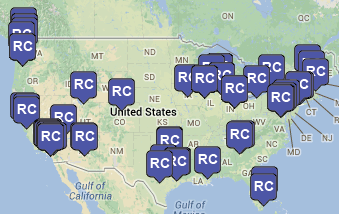 At the beginning of September, IIUSA launched its strategic communications initiative with the overarching goal of driving more support and understanding of the EB-5 industry. Primary to this mission is to tell the stories of economic development and job creation on behalf of our Regional Center members.  Whether it be Congress, federal agencies, state/city/local government entities, the business community in the US, the foreign investor community, or the general public – our goal in this initiative is to ensure the success of the Program get the attention it deserves as public attention has increased.

Over the past six weeks, IIUSA has chronicled the efforts of 20 Regional Center operating members who have financed projects which have brought tremendous benefit to communities across America that totals in billions of dollars in capital formation, creation of tens of thousands of jobs, and generation of federal/state/local taxes of over a billion. The individual stories that make up those impressive and growing statistics reveal the true diversity of the EB-5 Program – that projects in a variety of sectors, in communities both large and small, can make the EB-5 Program work for them with the leadership of entrepreneurs willing to collaborate with stakeholders from across sectors to be successful.

Many of these stories are truly heroic tales of generating economic development in areas where there have been years, sometimes even decades, of stagnation. Whether the project is a refurbishment, redevelopment or full-scale construction, our member’s stories show that by infusing EB-5 capital into communities, gaps of economic demand are fulfilled and ordinary people are presented with brighter job and career prospects.

The Program diversity is also reflected by the amount of projects that exist in different regions of the country. Among the 20 Regional Center operator members’ stories we have covered, a total of 14 different states are represented from each region of the country. Through our member’s EB-5 investments, billions of dollars have been directed into projects funding research facilities, business incubators, resort communities, restaurants, hotels, mixed-use commercial, retail and residential space, therapy centers and retirement communities, charter schools, infrastructure redevelopment of naval yards and air force bases – creating tens of thousands of jobs and spurring further economic growth in and around the investments.

Another highlight of this initiative is the opportunity to hear from community observers who have benefited from the economic ripple effect of these projects. For instance, we have seen tremendous support from the public sector as mayors and local economic development agencies have pledged their support for the continued use of EB-5 capital in their towns and cities. Owners of businesses in surrounding areas are gaining new revenue streams, local vendors are discovering new partnerships, and business alliances and unions are seeing their members being put back to work.  It is true regional economic development in action.

If you have yet to contribute to our story collection, we would greatly appreciate the opportunity to speak with you. Please reach out to Allen Wolff at allen.wolff@iiusa.org.  These collected stories will be detailed further in communications in the near future.